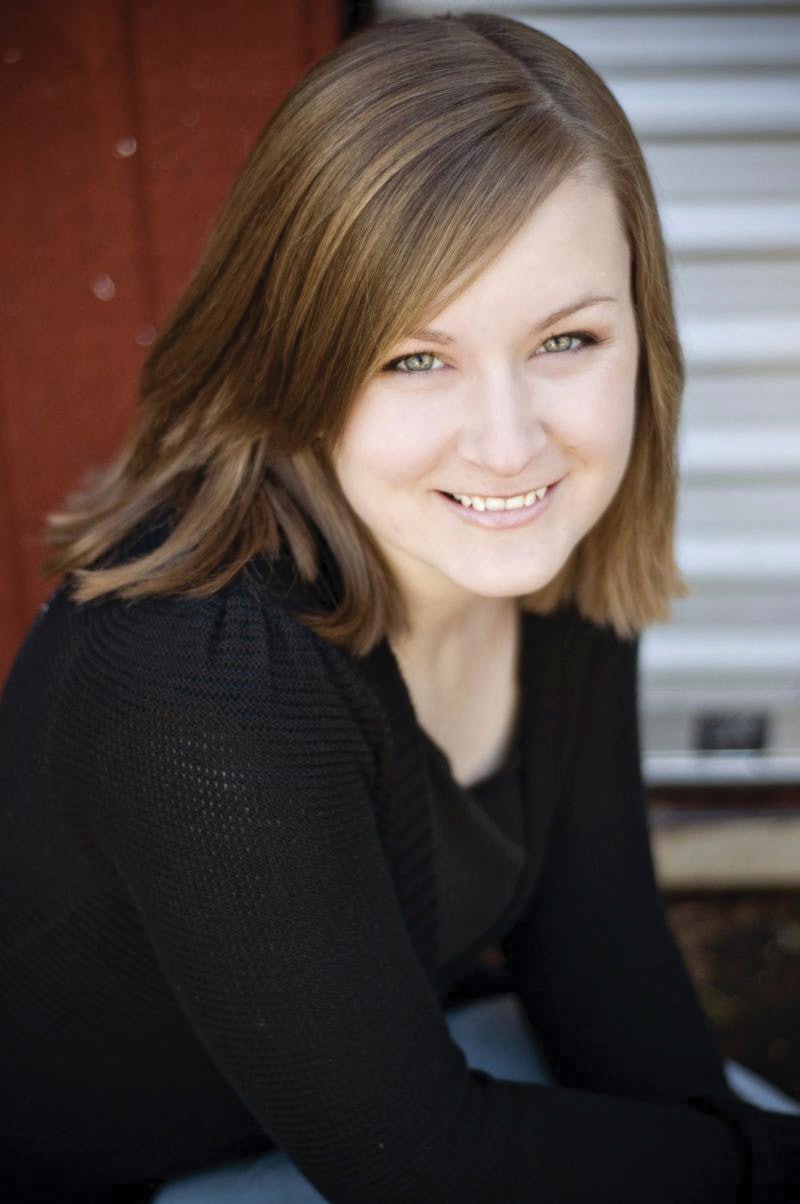 Kiersten White, the New York Times bestselling author behind fan favorites The Chaos of Stars, the Paranormalcy trilogy, and the Mind Games duology, has a new YA series just on the horizon. White's Darken trilogy begins with And I Darken , due out June 2016 from Delacorte. Bustle teamed up with the author and the publisher for an exclusive cover reveal and interview, so let's dive in before we can't contain our excitement any longer, shall we?

And I Darken centers on Lada Dragwyla, a deposed princess who waits for her chance to escape the Ottoman court and return to claim her birthright: the throne of Wallachia. Mehmet, her ally and the Ottoman heir, has sworn his sword against his homeland. Meanwhile, Lada's younger brother, Radu, feels at home with their surrogate family. It's been called a squee-worthy "mash-up of Game Of Thrones meets An Ember in the Ashes," so you know And I Darken will be a tangled triangle of emotions and fates.

If this all sounds the eensiest bit familiar, it's because the Darken trilogy is loosely based on the story of Vlad the Impaler, the man who would later be known as Count Dracula. In And I Darken, however, Vlad Dracul has become Lada Dragwyla, and it examines the atrocities she and others are willing to commit under the name of country, passion, and religion. Trust me, heads will roll.

And here's your first peek at the cover of the first book in White's new series:

This lovely, undoubtedly bloody book won't be on store shelves until next summer, but its author was kind enough to give Bustle a brief interview about the novel's development.

Bustle: What inspired you about the Dracula story that made you want to adapt it into a YA novel?

White: I’ll be honest: I thought Transylvania was a made-up place until I was 18. So when my now-husband, then-crush told me he had lived there, I was intrigued. (His dreamy blue eyes definitely had nothing to do with my sudden intense interest.) I read Dracula and then branched out into reading about Dracula — the Bram Stoker classic, vampire legends, and the actual history of Vlad Dracul, a notoriously brutal historical figure who puts genteel Dracula to shame. A few years ago, my husband and I returned to Romania, visiting several of Vlad’s old haunts.

All of that — the intersection of history and fiction, the separation of centuries and the realization that people back then were just like people are now — was fertile ground. I just had to dig around awhile to find out what story I wanted to tell with it!

How did you decide to make "Vlad" a young woman? What were the greatest difficulties — if there were any — of that gender swap?

White: "Vlad the Impaler grew up as a political prisoner in the Ottoman courts, studying alongside Mehmed the Conqueror, the sultan who would go on to overthrow Constantinople at the tender age of 21. Vlad and Mehmed would swirl around each other their entire lives, along with Vlad’s younger brother, Radu the Handsome. (He fared a bit better with the historical descriptor than poor Vlad.) Both Vlad and Mehmed would do great and terrible things, with Radu always in their shadows.

And then I had that spark: What if Vlad the Impaler, the brutal prince, had been Lada the Impaler, the brutal princess? Because as hard as it had been to fight for tiny Romania in the face of the greatest empire of the age, how much harder would it be to do so as a girl? That question unlocked an entire story, a historical reimagining that placed Lada, Radu, and Mehmed as the central figures of each other’s childhoods. Impossible loves, heartbreak, betrayal, ruthless ambition—everything I wanted to explore fell into place when Vlad became Lada.

As hard as it had been to fight for tiny Romania in the face of the greatest empire of the age, how much harder would it be to do so as a girl?

The biggest challenge was not in finding a place for Lada. There are other examples of women who broke the bonds of strictly gendered societies to lead armies and countries. The hardest part was actually figuring out how to avoid having Lada be the only important girl in a story littered with important men. History tends to ignore women, so my task was digging them up and pulling them to the forefront in a (semi) realistic way.

Why do you think this story fits into our cultural landscape right now?

White: Lucky for me, we are living in an entertainment age of antiheroes. We love going down a dark path, taking those first few steps away from innocence. And when we get to the end and look back, we are astonished at how far we were willing to go with those characters.

The central question I explore with the trilogy is this: How do good people get to the point where they can justify genuinely terrible things? And I Darken starts readers on an antiheroine’s journey, through the clash of East versus West, in the face of sexism and racism, fueled by utterly inflexible nationalism. And with some unrequited love and painful relationships as a bonus! Gosh, this sounds so fun, doesn’t it? It’s delicious, I promise.

Finally, the cover! How does it complement your story?

White: I love this cover so, so much. It’s even more gorgeous in person! All velvety, with a metallic sheen on the spear. Alison Impey designed it, and Sam Weber did the art. They absolutely blew me away. I can’t believe how dynamic it is, with so much movement and meaning. I love that the delicate flower and the sharp spear — both familiar book cover images — are combined in a striking and unexpected way. In a series about loss of innocence and the things that are destroyed in the pursuit of power, I can’t imagine a better cover.

I can't either. This exciting new story is now available for pre-order from your favorite retailer.