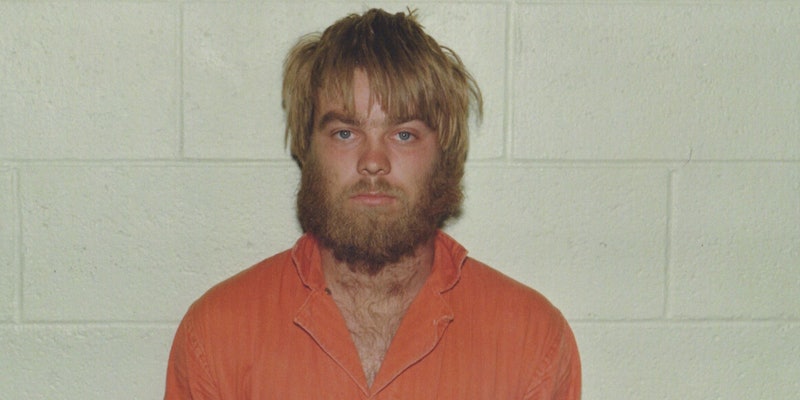 The Random House Group U.K. will republish a Making a Murderer book, according to a Monday report from The Guardian. With public interest still high in the cases of Steven Avery and Brendan Dassey, Michael Griesbach's The Innocent Killer is sure to be a bestseller. Windmill Books will release an e-book version on January 21, with the paperback coming February 11.

In 2003, DNA evidence exonerated Avery after he'd spent 18 years in prison for the 1985 assault of Peggy Beerntsen. Griesbach looked into the original miscarriage of justice and helped build Avery's defense when DNA evidence came to light.

Making a Murderer fans know that the two years following Avery's release from prison were critical. He sued the Manitowoc County Sheriff and district attorney for wrongful imprisonment. The $36 million lawsuit settled in 2006 for $400,000. By that time, Avery was already charged with the 2005 murder of Teresa Halbach. Many fans believe that Manitowoc County charged Avery with murder as retribution for the federal suit.

Eagle-eyed Making a Murderer fans will recognize the author's name, as he appeared in the series' first episode. After watching the Netflix documentary for himself, Griesbach says he thinks Avery is guilty, and doesn't believe that investigators from Manitowoc and Calumet Counties planted evidence to frame the man: "the original injustice by what looks to me like, frankly, an intentional wrongful conviction of an innocent person — that is the only reason they can make these allegations."

The Innocent Killer is the result of Griesbach's research into both the Beernsten and Halbach cases, and was originally published by the American Bar Association in 2014. Windmill Books editorial director Laura Deacon claims the "book will certainly add to the debate [over Avery's innocence] and make you see elements of the case in a new light."

As of this writing, the ABA's version of The Innocent Killer is currently out of stock on Amazon. Impatient fans can preorder the Windmill Books release from the U.K. version of the site.