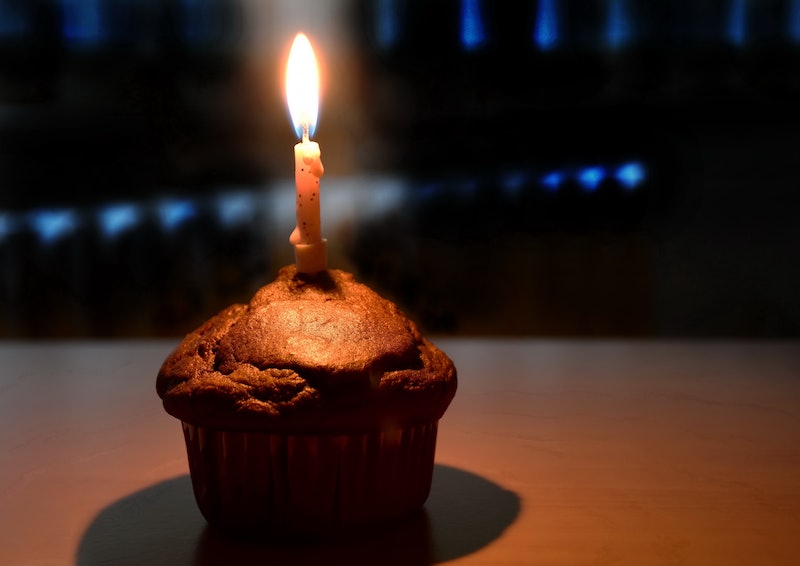 Like any kid growing up, birthdays were a big deal to me. As an adult, I remember the exact moment when I realized that for some reason birthdays weren't as important as they used to be. Suddenly, the entire world didn't revolve around me for a day. Bummer. I also remember that when I was growing up in Russia, my birthdays were always celebrated the same way when I started school. I would walk up to the teacher the morning of my birthday, I would tell her what was up and then wait until her announcement. I would fidget in my seat, anticipating the moment where she would stop class and tell everyone that it was my birthday. That glorious moment was a highlight for me because everyone would instantly perk up.

The reason that this happened was not because I was universally well-liked or even loved by my fellow classmates — although, I won't stop you from thinking that. Everyone got excited because traditionally, Russian students had to bring everyone candy on their birthday. It seems counterintuitive that on your birthday you would bring gifts to other people, but that's what Russian people do. And honestly, looking back onto the country's political history, are you really surprised that on a day that is supposed to be good for one person, everyone is meant to feel special? I wonder if that tradition started because of communism? I have to make a phone call to my mother. Anyway, it's traditions like that that make me miss growing up in Russia. Below is a picture of me on my birthday, before people got candy.

I sat in the back because I was tall. The guy next to me had seven missing fingernails. His name was Sasha. (Hopefully he has those fingernails back by now.)

Above is the Norwegian birthday song. Totally different from ours. It even has a dance. Norwegians also traditionally eat chocolate cake on their birthdays. Sounds like a delicious tradition to me. They also pick a person in class to do a little dance with them. Having no friends in middle school would have come in handy!

Besides the gifts in school, one of my favorite birthday traditions is the clothesline birthday party tradition. Basically, adults hang up clotheslines with small gifts hanging off of them and kids pull one down as a party favor. I know I'm going to be doing this for my kids. (I also included the saddest birthday song in the world.)

On German kids' birthdays, they get candles, a cake, and presents. They also don't have to do any homework or chores. Pretty sweet, right? Well, for adults it's a little different. Turns out that if you are a man over 30 who is still single, you will be made to sweep the city hall stairs while your friends throw garbage at you. That way everyone will know you don't have a girlfriend. Wow.

Children in Ecuador celebrate their birthdays on the day that the Saint they were named after was born. On their actual birthdays they just get a card. That's kind of a bummer on one hand, but pretty cool on another. Two birthdays doesn't sound too shabby to me.

Vietnamese children, and Vietnamese adults, all celebrate their birthdays on one day of the year —irregardless of the actual day they were born. That day is called Tet, and it's known as the beginning of the New Year. Kids get money from their parents on that day, so #swag.

In India kids get to wear new clothes on their birthdays! They get up and put on a new outfit and later get a special meal. The kids also show their parents signs of respect by touching their feet. I totally agree with the concept of acknowledging your parents letting them know that they are appreciated.

Turns out that there are certain birthdays that are better than others in Holland. Just like we put more emphasis on ages 16, 18, and 21, people in Holland call special years the Crown Years. Crown years happen at age five, ten, 15, 20, and 21. On these days, kids receive big gifts and are treated with lemonade and hot chocolate. Is it too late to cash in on my Crown Years?

Apparently, Australian people get Fairy Bread on their birthdays. Spoiler alert: It's buttered bread with sprinkles.

People in Jamaica have wonderful senses of humor. That is the only way I can explain their tradition of throwing flour at the birthday boy or girl. A light dusting of flour never hurt anyone! Unless you are going for a job interview on the same day. Then you should not do that, at all. Also, it's considered bad luck to marry on the birthday of either the groom or bride.

Our brothers and sisters upstairs keep adding things that are different about them to our list. On Canadian birthdays, people are usually ambushed and have butter or grease smeared on their noses. You know, I heard that's really good for your skin.

In Argentina, kids get their ears pulled. The amount depends how old they are. A pull for each year they were alive.