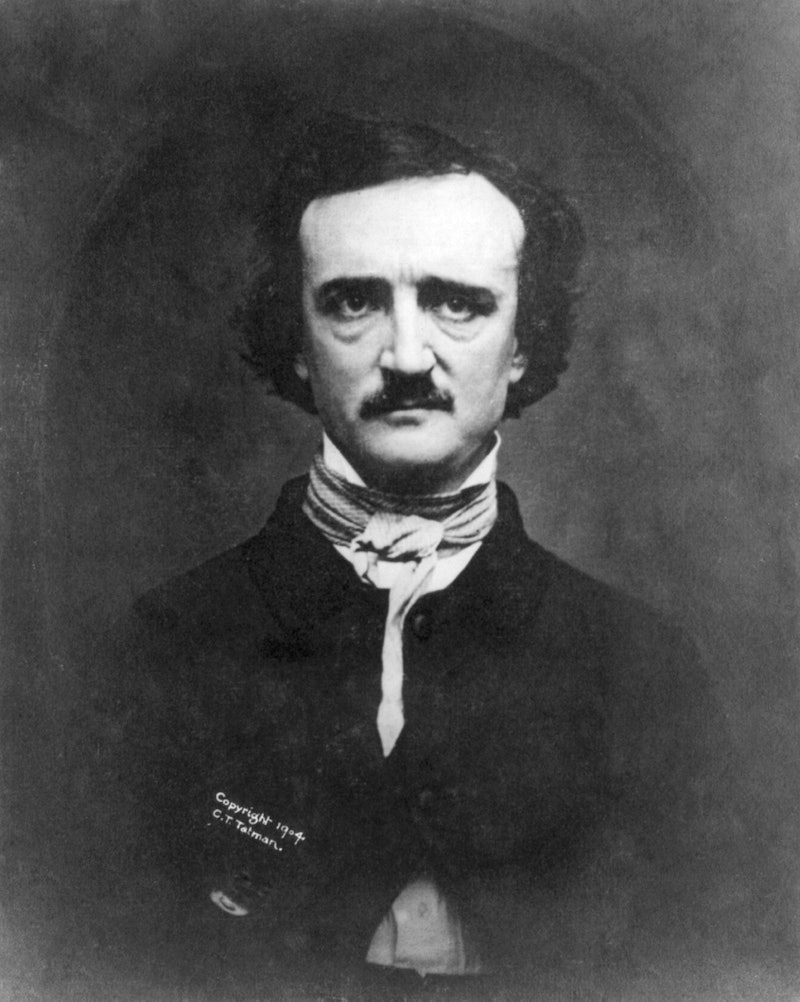 Tuesday January 19 is the birthday of one of America's most-celebrated short-story writers: Edgar Allan Poe. Though he's most-well-known for his works of Gothic horror, Poe also wrote humor, satire, science fiction, and hoaxes. But what are the scariest Edgar Allan Poe short stories?

Well, that's obviously a matter of opinion. Over the course of 17 years, Poe wrote more than 60 short stories, but only about one-third of them were horror. Among these are some of his most-famous works, including "The Masque of the Red Death" and "The Fall of the House of Usher." Those are great stories, but there's just one problem — they aren't scary.

Maybe my years of reading Poe have left me jaded, but I just don't find these stories particularly frightening. Don't get me wrong, "The Cask of Amontillado" is my favorite Poe story, and I wrote about "Ligeia" in an American Lit class, but these are not the tales that keep me up at night. Which is all to say that you won't find those stories on this list.

What you will find is a condensed survey of Poe's best horror. Even non-readers are sure to recognize one or two of these titles, while others will — I hope — be entirely unfamiliar. Whether you're a fan or not, you should absolutely read Poe's five scariest short stories, in honor of his birthday.

I know I said that I wasn't including Poe's most-famous short stories on this list, but here's the thing: "The Tell-Tale Heart" still gives me chills. Like much of Poe's work, it deals with the effects of guilt on a person's psyche.

When Egaeus marries Berenice, he knows she is dying. As her body wastes away, her teeth remain healthy, and they soon become the object of Egaeus' obsession.

In "The Pit and the Pendulum," an unnamed prisoner recounts his experiences as the victim of the Spanish Inquisition's torture methods.

After he and the object of his affection are abused by a cruel king, a court jester named Hop-Frog exacts his fiery revenge.

"The Imp of the Perverse" closely resembles "The Tell-Tale Heart," but its focus on a self-destructive demon that might be all in the narrator's head grants it a place on this list.

More like this
16 Novels That Paint A Realistic Portrait Of Abortion
By K.W. Colyard
5 Gripping Books To Read From Women’s Prize For Fiction Winner Ruth Ozeki
By El Hunt
10 Must-Read Books Out This Week
By K.W. Colyard
Nina LaCour Had To Grow Up To Write 'Yerba Buena'
By Casey McQuiston
Get Even More From Bustle — Sign Up For The Newsletter