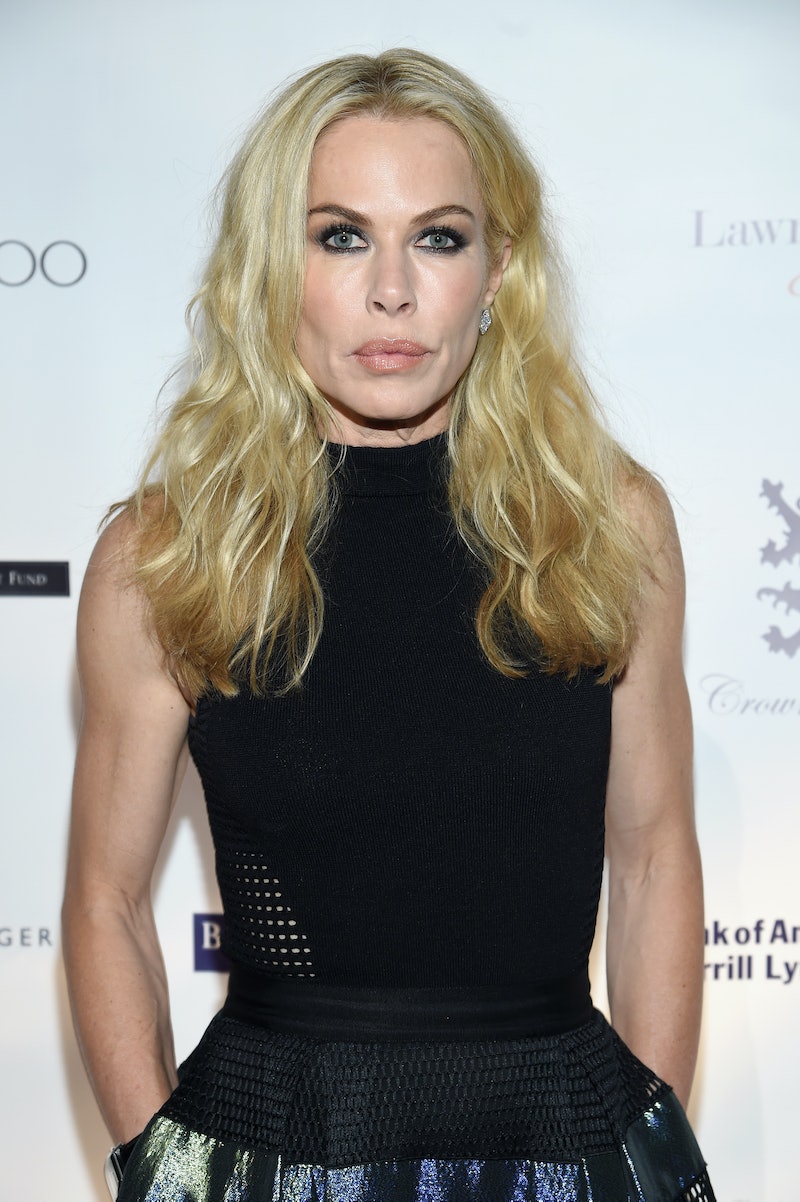 There's a new girl in the Real Housewives of Beverly Hills scene and she is already ruffling very expensive feathers. Kathryn Edwards was introduced on RHOBH on Tuesday night as a new addition to the cast. Her introduction to the show was, in a word, awkward. Was she invited to the show? Who does she know well enough to bring her on as a "friend of the cast"? Does she really not know Faye Resnick? As the season progresses, we'll hopefully get some answers to these questions. Until then: Welcome, Kathryn. Happy to have you.

We meet Kathryn at a dog event held at PUMP and hosted by none other than Lisa Vanderpump. While at the bar, Lisa Rinna spots her old friend Kathryn and strikes up a conversation. The two catch up, but not in a way where it seems like they haven't seen each other in the past year or so. No, these two seem to not have seen each other in, like, decades. Lisa Rinna didn't even know who Kathryn was married to and might not have even known her last name was now Edwards. It is the she doesn't even go here moment of RHOBH.

Kyle is a little iffy about Kathryn's entrance into the group. She's best friends with Faye and chances are Faye and Kathryn don't really get along, right? DING, DING. That would be correct. Later on in the evening, Kyle asks Kathryn if she knows Faye and Kathryn quickly says, "no." The "no" wasn't convincing because Kathryn definitely does know who Faye is, later mentioning in a talking head that she doesn't think very positively about her.

Now, I'm just looking forward to the Kathryn and Faye confrontation, but that's for next week. As for Kathryn's introduction to the show in general, I think she'll be a welcomed change to the show. She seems to roll with the punches and is able to take a joke. I see her working well with Erika and Lisa Vanderpump (they both love dogs!) but only time will tell.