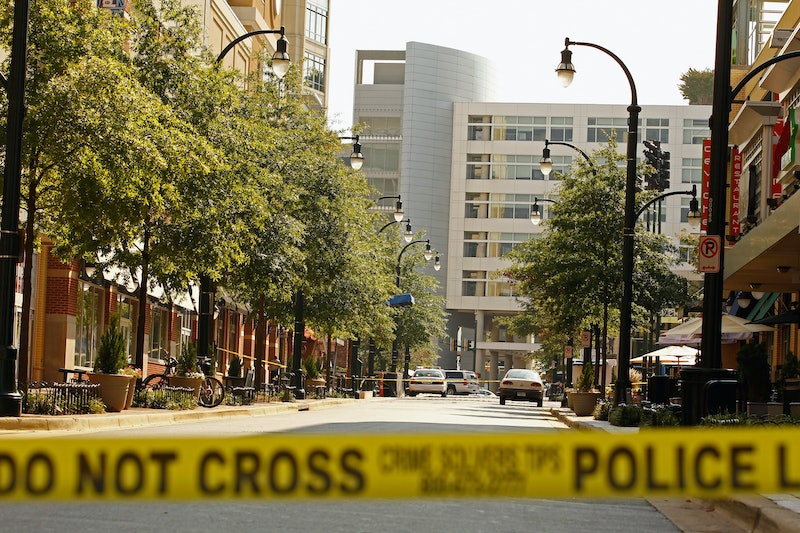 More details have been revealed about the Maryland Mall shooting in suburban Baltimore Saturday, which left three people dead and five injured. According to officials, a lone gunman walked into Zumiez, a skate shop, at around 11 a.m., and used a shotgun to kill two employees, after which he turned the gun on himself. By the time the police arrived, within two minutes of the 911 call, the shooter was dead.

Police identified the two victims in the mall shooting as 21-year-old Brianna Benlolo and 25-year-old Tyler Johnson, and the gunman as 19-year-old Darion Marcus Aguilar. Although Benlolo and Aguilar both lived in the same town, police are still trying to figure out the gunman's motive and his relationship to his two victims.

It looks like Aguilar had big plans: on searching his bag, the police found clumsy attempts at making explosives (which they were able to disarm), and he also had a “large amount of ammunition” on his person. According to the Howard County General Hospital's Twitter page, five others were wounded in the shooting, but they have all since been treated and released.

"We are deeply saddened by the violence that has occurred this morning within our store in Maryland at The Mall in Columbia. Our hearts go out to the victims and their families,” the store’s CEO Rick Brooks said. “The Zumiez team is a tight knit community and all of our hearts go out to Brianna and Tyler’s families.”

The shooting has prompted some experts to call for changes in how security is handled in public places like shopping centers.

“What they’re doing right now regarding mall security isn’t nearly enough, and what they’re going to do in response to this will be reactionary and not last long enough to make a real difference,” said Brad Levinson, a security consultant based in Norton, told the Boston Herald. “It won’t get any better if something isn’t done, and that might have to come from the federal level.”