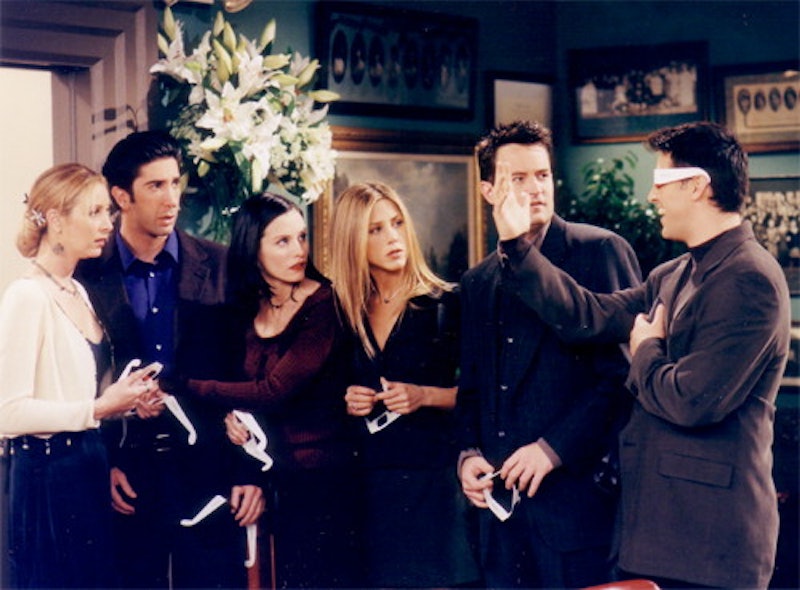 There are geniuses who walk among us, like Scottish cartoonist Andy Pandy, who has made a robot that writes episodes of Friends . If you're particularly sad that that much-hyped "Friends reunion" is just a talk show on which some but not all the actors will appear, these robot-written episodes might be just what you need to satiate your Friends reunion hunger. Andy Pandy used a "recurrent neural network" to generate the new robot written episodes. He fed this network with the scripts from every existing episode of Friends, so that the robot could learn about the characters, the language they use, and the show's plot points, in order to create a new episode.

The results are wonderful. There are some really weird stage directions, and some non-sequitur lines, but if you imagine the cast you know and love in the scenes, you'll get a real kick out of it. Meanwhile, there are some moments that could have been ripped straight from an actual episode of Friends. I mean, I'm not going to lie. I'd definitely be down for someone to make these and add them to Netflix for me to binge over the weekend. To further my case for having these scripts made, here are some of the finer moments the robot managed to create:

There's always been a hint of inappropriateness between brother and sister Monica and Ross, the cuddliest adult siblings in the world. The robot's algorithm picked right up on that.

2. The Return Of Gary

I always thought it was really sad that Phoebe and Gary couldn't work it out. Glad to see the robot doing God's work and bringing him back for a completely nonsensical conversation with Rachel and Joey.

Can't you just heard Rachel's sardonic "Yeah, sure"? Also this is some weird alternate Friends universe in which people Phoebe loves are inexplicably drawn to Minsk.

4. Chandler Is In A Muffin

Chandler: (In a muffin) (Runs to girls to cry) Can I get some presents.

Surely this has something to do with Chandler having been in a box, not being able to cry, and helping Rachel and Phoebe look for Monica's Christmas presents, right? It just came out... more interesting. Also, I love that he's not asking for presents, just kind of hyping presents.

You can check out the scripts in their entirety below:

Andy Pandy is also a cartoonist and you can check out his work here. It's quite dark but funny, which isn't far off his robot's warped Friends scripts.