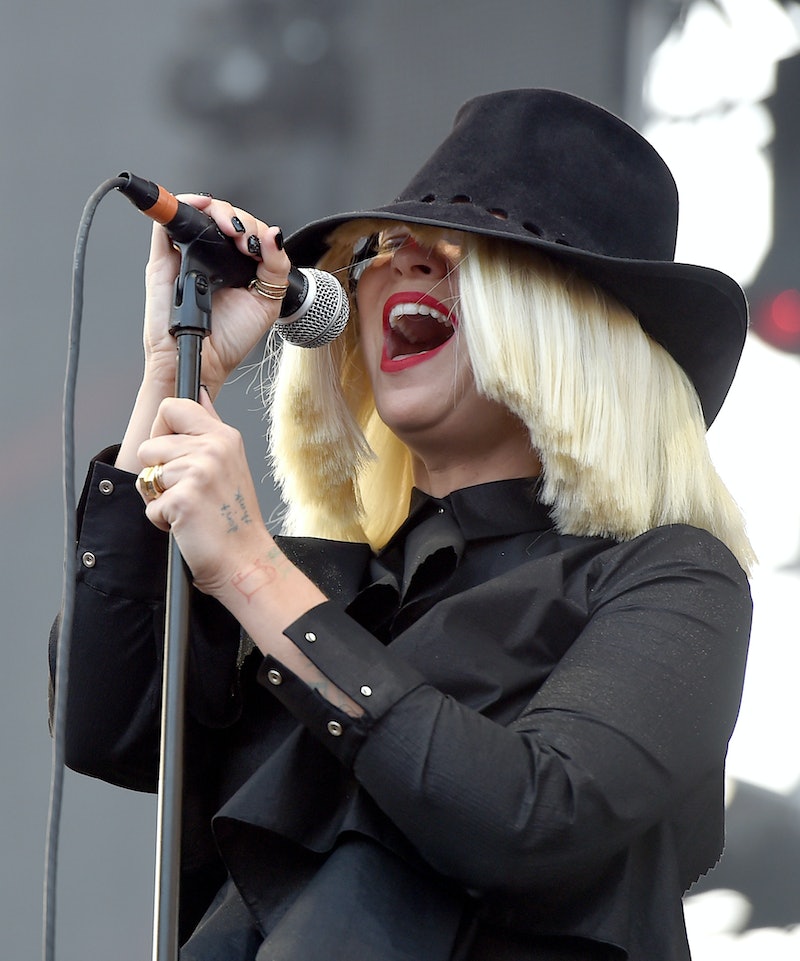 On Friday, Jan. 29, Sia's latest album, This Is Acting, will be released. However, it's already time to get excited. Aside from her six other previously released singles — including "Alive" and "Break Free" — Sia released yet another single off the upcoming album on Thursday, Jan. 21, titled "Unstoppable." And the "Unstoppable" lyrics make it clear is the female empowerment anthem you had no idea you were missing from your life. Seriously, if you need a song to get you through the rest of the work week... and this is the song you've been waiting for.

While — much like some of the other songs featured by Sia in both her past and current albums — the song was not initially written for the "Chandelier" singer, it certainly doesn't take away from Sia's ability to handle the powerful ballad and catchy lyrics. Because, honestly, if it was Rihanna, Adele, or even Katy Perry singing this song, it still wouldn't lose it's powerful message. And if this is what we can expect from This Is Acting — then I am even more excited about it than I was before (if that's even possible). So, are you ready to be empowered? Just take a listen for yourself.

Feeling pumped up yet? No? Well, let me just break down these lyrics a tad bit so that you may break your repeat button as well. Because, well, here's what the chorus is:

Yes, she's talking to you. Basically, these lyrics don't preach anything less than the idea of you being a force to be reckoned with. And if that's not enough encouragement for you to get through the rest of the work day, then I honestly don't know what is. However, it's the lyrics aside from those just within the chorus that hold their own meaning as well. As, overall, the song seems to be revolved around standing up against those who tear you down. With lyrics describing the struggle of holding back the expression of your emotions in lyrics such as:

"I'll tell you what you wanna hear / Leave my sunglasses on while I shed a tear / It's never the right time."

So, basically, what have we learned from Sia's new song, "Unstoppable"? Put your armor on and keep your chin up, because even someone like Sia can have her own insecurities. You got this! Excuse me while I try to fix my repeat button so that I can listen to the song an infinite number of times...

More like this
Adele’s All-Female Lineup Includes Kacey Musgraves, Mahalia, & Self Esteem
By Shahed Ezaydi
Photos Of The 'Elvis' Cast vs. Their IRL Counterparts Will Have You All Shook Up
By Grace Wehniainen
Taylor Swift's “Carolina” Theme For 'Where The Crawdads Sing' Soundtrack Is Here
By Jake Viswanath
What Is Elvis Presley’s Net Worth? How The King Earned & Spent His Fortune
By Grace Wehniainen
Get Even More From Bustle — Sign Up For The Newsletter