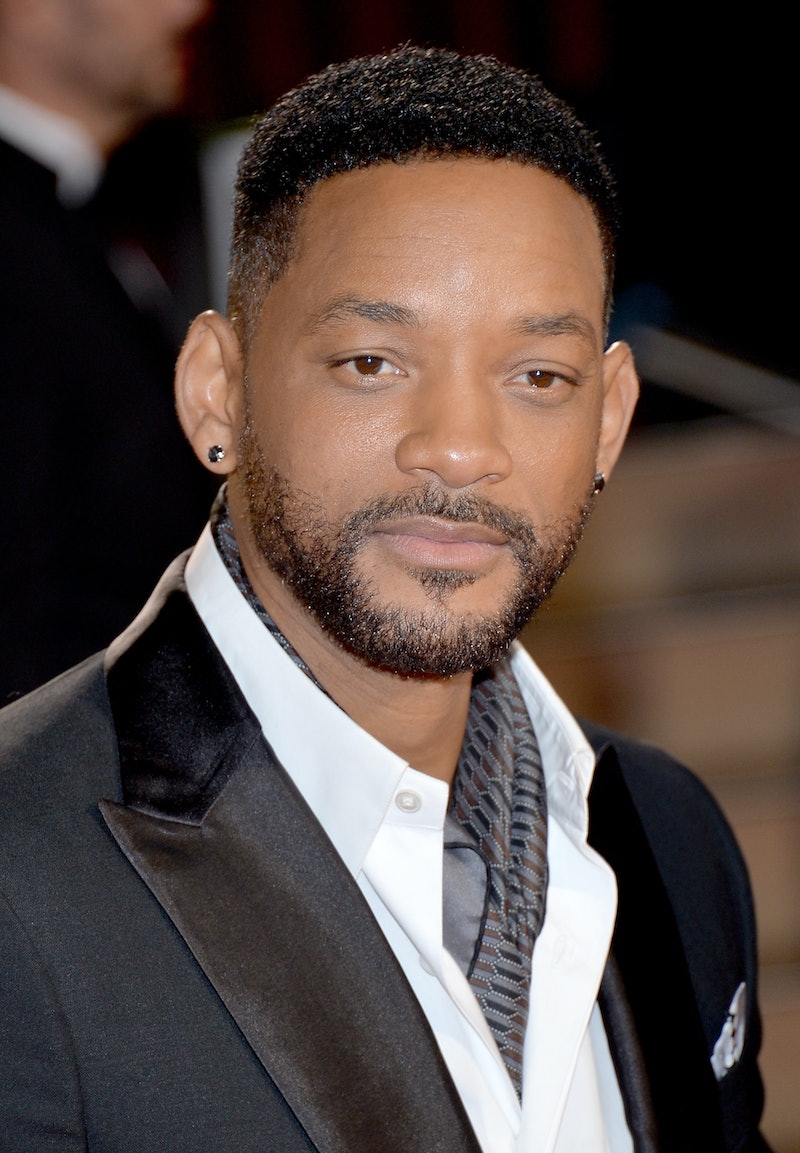 After Jada Pinkett Smith announced that she would not be attending the 2016 Academy Awards — due to her "deep disappointment" with the diversity among this year's nominees — it comes as no surprise that her husband, Will Smith, will not be attending the Oscars as well. The Concussion actor's decision about whether or not he would be attending Hollywood's biggest night was announced during a Thursday, Jan. 21 interview with Good Morning America's Robin Roberts. The former Fresh Prince of Bel-Air star and father of two expressed his own concerns about the industry as the reasoning behind his absence in saying:

"For my part, I think I have to protect and fight for the ideals that make our country and make our Hollywood community great. So when I look at the series of nominations of the Academy, it's not reflecting that beauty."

However, Smith also clarified that he wasn't originally aware of his wife's viral video regarding the topic. The actor claims that his reasoning for not attending stretches beyond his own noteworthy role in the film Concussion and the notions brought up by his wife. Instead, his choice regarding the boycott seems to be rooted within his feelings on the effect the Academy may have on the next generation.

"This is so deeply not about me. This is about children that are gonna watch this show, and they're not going to see themselves represented."

By boycotting the Academy's 2016 ceremony, Smith joins the likes of his wife, 50 Cent, Tyrese Gibson, and more, who are actively speaking out in response to the all-white actor and actress nominations.

The 2016 Oscars boycott was acknowledged by Academy President, Cheryl Boone, on Monday, Jan. 18, with a poignant statement about how to fix the industry. However, we'll have to wait to see how this conversation affects the ceremony itself on Feb. 28.