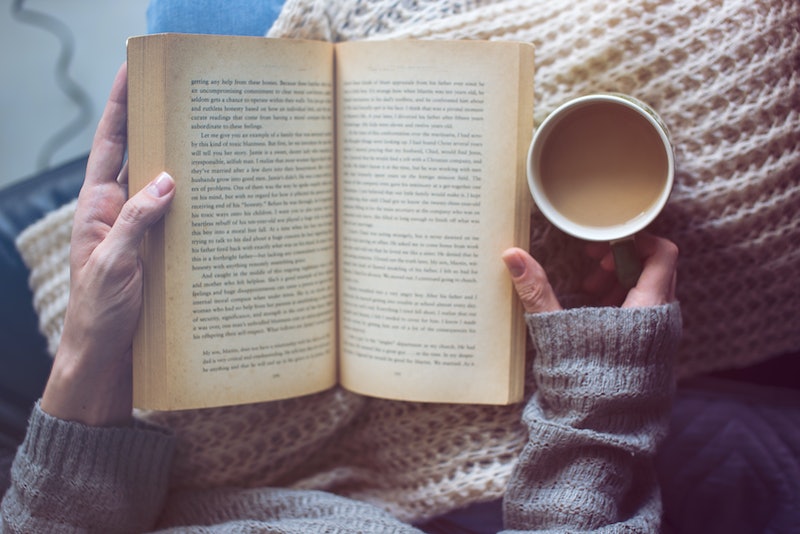 Some books hook you in from the very first line. They drop you in the middle of the action, or they start off with a bang, or with an opening sentence so beautifully constructed that you just have to keep going. Those books are a non-stop thrill ride from the first page.

And then there are these books: the books with a slow start. They're less of a non-stop thrill ride than one of those rides where you have to wait in line for over an hour in the sun, surrounded by screaming children. These books might be hard to convince your friends to read. They're the books that you yourself very nearly abandoned within the first chapter. But hey, don't judge a book by its first page (or in the case of some of these, the first 50 pages). Because if you can muscle your way past that slow start, the rest of the book is so worth it.

I mean, let's be real, were any of us that enthusiastic about the Dursleys for the first few chapters of the first Harry Potter book? Probably not. But most of us are glad that we pushed through, because in the end we all got to go to Hogwarts and defeat Lord Voldemort and whatnot! A lot of fantastic books are hiding behind a first chapter (or three) of not-so-exciting exposition. But give them a chance, because they just need a little extra time to get going.

1. The Golden Compass by Philip Pullman

If you've already read The Golden Compass , you might not even remember that the first chapter is a tad slow. Isn't this the book with witches and talking polar bears that fight each other and evil laboratories and complex theology? Yes, once this book gets going, it really gets going. But the first chapter is a kid eavesdropping on a meeting, and it's all just stuffy dudes dropping a lot of information that doesn't quite make sense yet. You've just got to get through the first exposition dump so you can get to the talking bears.

Cloud Atlas has a slow start. A. Very. Slow. Start. David Mitchell's novel of interwoven stories spans centuries, and the first chapter starts back in 1850. Don't get me wrong, Mitchell is a talented writer, but his stylized 1850s language drags a lot. But if you can get past that first story, Cloud Atlas starts jumping sporadically from mystery to clone romance to post-apocalyptic adventure. It becomes a completely different book every several chapters (all of them way more exciting than the first).

OK, if you've decided to read the unabridged version of Les Miserables , then you probably know you're signing up for a ton of unimportant backstory. There are hundreds of pages before we meet any of the main characters. I love you, Victor Hugo, I really do, but you do not need to explain every minor character's entire life story in loving detail. But, with all that said, if you can stomach all the extraneous backstory up top, it all pays off in the end. Hugo plants tiny details in everyone's past, and then cashes them in later on to make everything even sadder and more dramatic (and it's a pretty sad and dramatic book to begin with).

4. The Sandman Series by Neil Gaiman

The Sandman series is one of the longest, strangest, most beautiful comic book series out there. It's dark and dizzying in its complexity, drawing on literature and legend to create its own unique mythology. But, if you start with Volume 1: Preludes and Nocturnes ... well, it takes a little while to find its voice. The first couple chapters are confusing and slow (and the titular Sandman is trapped in a basement for a lot of it), and the art style is a little off-putting for most modern readers. But once you hit volume three or four, the pace speeds up and the plot twists kick in, and you'll be unable to put it down.

5. Shades of Grey by Jasper Fforde

Jane Eyre is (famously) full of death, romance, house fires, lies, crazy people living in attics — there's a lot of exciting stuff in there. It's just not in the beginning. The book starts out with sad baby Jane, a little orphan being raised by her cruel and uncaring relatives (sound familiar?). And then poor little Jane is packed off to an abusive boarding school (very different from Hogwarts), where her days are full of drudgery and hunger. It's a grim, slow-paced story to begin with, but as Jane begins to grow up, she becomes more and more self-reliant, and her story becomes far more interesting.

7. The Blind Assassin by Margaret Atwood

For a book that's really three books in one, each one full of intrigue (and some of them full of sex and assassins), The Blind Assassin takes its time. But this is a book that truly needs to start slowly: it begins with an elderly woman looking back on her less-than-satisfactory life, and her sister's tragic suicide. The tone is not exactly happy-go-lucky. This book is more of a slow burn the whole way through, gradually increasing the tension until you suddenly realize that you're in the middle of a twisted mystery that leaves you reeling.

Three books later, when everyone starts chopping each other's body parts off, the first book in the A Song of Ice and Fire series, A Game of Thrones, is going to feel a long way off. But, if you can recall, the beginning of the first book doesn't start with thrilling fights and court politics. OK, yes, the prologue does include some White Walker drama, and there's violence almost from the start, but compared to the rest of the series, the start of the first book is very tame. It's just some dudes wandering around in the woods, getting murdered by snow zombies. Ho hum.