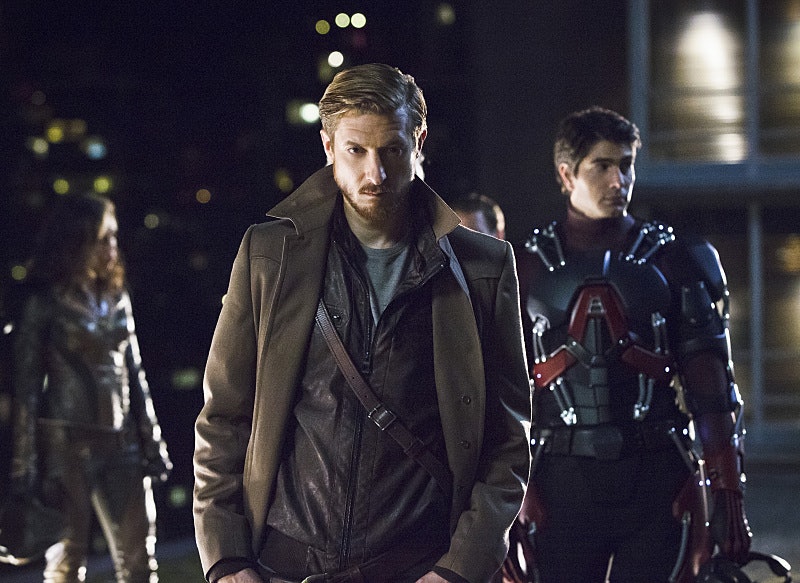 We hoped and prayed that The Flash and Arrow spin-off series DC's Legends of Tomorrow would be great, and now thanks to Thursday night's series premiere we know for sure: it's legendary. In fact, you might say it's the stuff legends are made of. (No, seriously, just look at the title!) I guess what I'm trying to say here is that I'm already hooked — not just because the series has managed to round up some of my favorite heroes and villains, but also due to the fact that it's opened up some serious crossover potential in ways we never could've expected. One example that immediately comes to mind is Rip Hunter's time travel computer, Gideon. Why does this name sound familiar, you may ask? That's because Gideon is also the name of Eobard Thawne's computer on The Flash .

It's hard to say what this could potentially mean. In fact, I suppose there's also a chance that nothing will become of it. However, it seems unlikely that the series would intentionally give Hunter's computer the same name as Thawne's without a good reason. She may not have Morena Baccarin's voice, but this has got to be the same device, which begs the question — how did it come to be in the Time Master's hands? My initial theory is that he could somehow be a descendant of Thawne himself.

When the episode started, Hunter was currently in the year 2166, so it's completely possible Thawne is one of his ancestors. (After all, they do seem to share a common interest in traveling through time.) Granted, I could be way off base with this, but something tells me this connection was done for a specific purpose, which could lead to some very interesting crossover opportunities with The Flash in the future. Or should I say, the past?