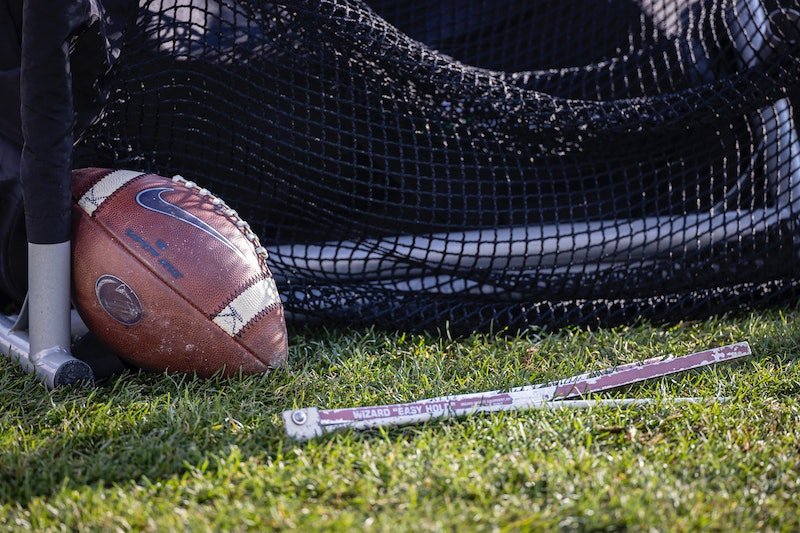 For football fans, the Super Bowl is… well, the Super Bowl. I’ve been a football fan since I watched Brett Favre and the Green Bay Packers play in Super Bowl XXXI, so the Big Game will always be meaningful to me. But while you wait around for the amazing finger foods, chew on a few of these Super Bowl facts.

Can you believe that we’re only celebrating Super Bowl 50 this year? While football has been around since 1892, we didn’t have our first Super Bowl until 1967. Let me break it down for you — the beginnings of the NFL, the American Professional Football Association, was started in 1920 with 14 teams. In 1959, the American Football League became a legitimate rival to the NFL, and Oakland Raiders owner the late Al Davis forced a merger of the two leagues. And with that, the Super Bowl was born!

Of course, the Super Bowl is bigger and better than ever these days. Incredible half time shows (yay Coldplay!), hilarious and super weird commercials, and all that delicious football food is enough to make even the most jaded of sports fans enjoy themselves. So load up on snacks as well as some knowledge before kick off.

1. The first Super Bowl was played in 1967 between the Green Bay Packers and the Kansas City Chiefs.

2. The San Francisco 49ers hold the record for most points scored in a Super Bowl with 55 points.

Their 1990 game against the Denver Broncos is also the most lopsided Super Bowl with a 45-point difference.

3. In 1972, the Dallas Cowboys and the Miami Dolphins faced off in Tulane Stadium in the coldest Super Bowl on record.

The temperature at kick off was 39 degrees. Super Bowl XXVI actually had a colder temperature with 26 degrees, but the game was played inside the climate-controlled Metrodome.

4. In fact, the Miami Dolphins also played in the hottest Super Bowl the very next year against the Washington Redskins in Los Angeles.

It was a warm 84 degrees at kick off.

Despite all those letters, this actually makes keeping track of past Super Bowls less confusing.

6. Super Bowl XLVIII in 2014 was the most watched telecast in U.S. history.

It beat out the previous five Super Bowls and the M*A*S*H series finale.

7. Beer is the most served drink during the Super Bowl, according to Nielsen.

And, that's likely not going to change anytime soon.

He holds the record for throwing the most yards in a Super Bowl, with 414 against the Tennessee Titans.

9. There are 13 teams in the NFL that have never won a Super Bowl.

The Cardinals, Falcons, Panthers, Chargers, Titans, Bengals, Eagles, Vikings, Jaguars, Browns, Bills, Texans, and Lions have yet to be victorious.

10. The Pittsburgh Steelers have won the most Super Bowls.

11. The Denver Broncos have lost the most Super Bowls with five losses.

They have also been on the receiving end of three of the worst blowouts in Super Bowl history too.

12. But at least Denver has won a couple, though.

The Minnesota Vikings and the Buffalo Bills have been to the Super Bowl four times each, and have never won.

13. A 30-second commercial spot during the Super Bowl costs about $4.5 million dollars.

Worth it, though, considering that's part of the reason why people watch, anyway.