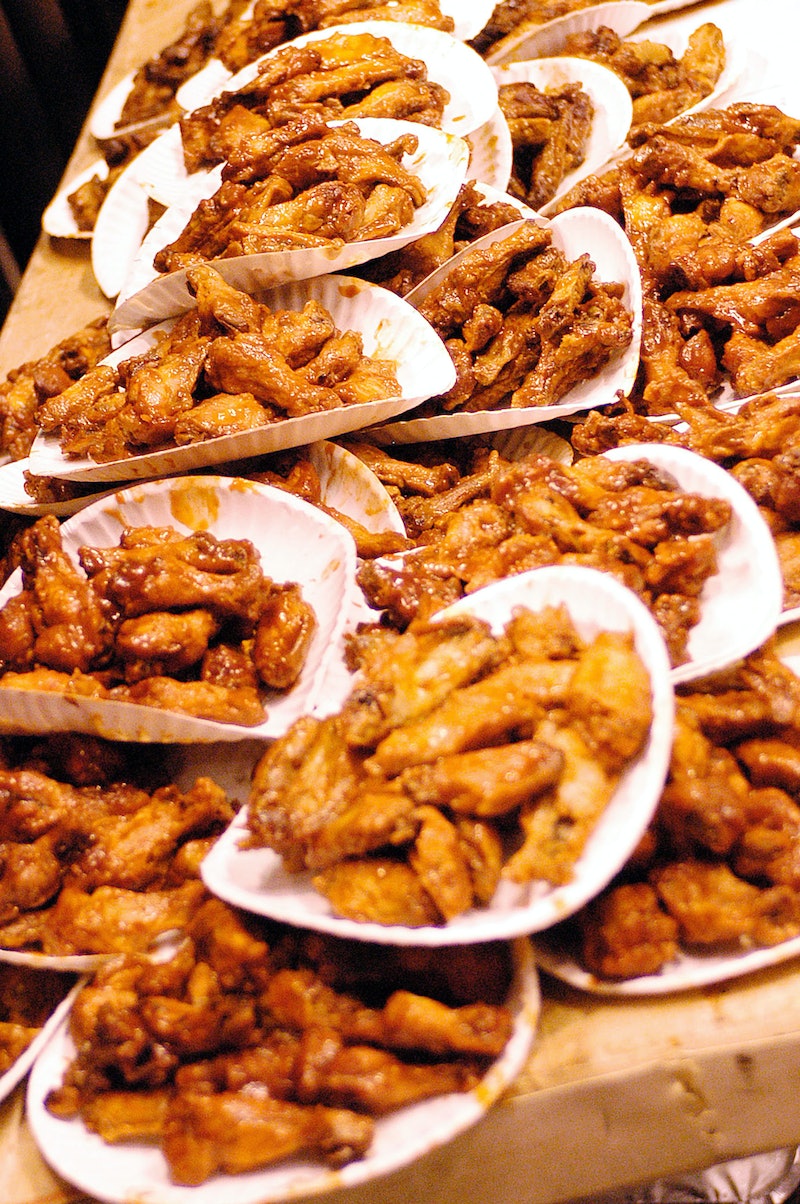 From pizza sales to ticket prices, it was a record year for Super Bowl XLIX. But beyond the final score — 28-24, with the Patriots coming out on top — what were the other important numbers behind Sunday night's Super Bowl? To give you a glimpse into just how big the big game is, here's a breakdown of all the important Super Bowl figures you need to know. And, hey, these fun facts go great with the last of the hot wings you and your friends are currently ingesting.

According to Money, Super Bowl bets — ranging from everything from Katy Perry's halftime hair color to New England Patriots head coach Bill Belichick's outfit — could reach an astronomical high of $4 billion this year.

Worth of the average NFL team

According to Forbes' annual list, the average NFL team is worth $1.43 billion — 23 percent more than a year ago. That crushes the MLB's average worth of $811 million, and more than doubles the NBA's $634 million average. The Dallas Cowboys are worth the most at $3.2 billion, but Super Bowl XLIX victors the New England Patriots came in second in net worth, at $2.6 billion.

Not to be outdone by pizza, the National Chicken Council predicted that 1.25 billion chicken wings will be eaten during the Super Bowl — and remarkably, that’s the second most during the year, with Thanksgiving taking the top spot. According to the council, 1.25 billion wings would circle the Grand Canyon 120 times.

Kantar Media reports that Anheuser-Busch, the parent company of Budweiser, has spent the most of any other marketer on Super Bowl advertisements, from 2010 to 2014. Chrysler Group comes in second with $90 million in spending, followed by PepsiCo at $77 million and Hyundai Corp. at $70 million. Based on the response following Budweiser's ad this year, I'd say it's worth it.

The Wall Street Journal reports that 12.5 million pizzas were projected to be ordered for the Super Bowl, the most pies ordered during a single day throughout the year.

According to Forbes, Brady is raking in money off the field as well — with endorsements with UGG for Men and Under Armour, he has an estimated $7 million in additional income. Wilson, too, is making money to supplement his $662,434 base salary, with deals with Microsoft, Bose and more.

Although there's no way to know for sure exactly what each advertiser spent on commercials this year, The Wall Street Journal is reporting a figure around $4.5 million for 30 seconds, double that for 60 seconds. That's a 75 percent increase over the past 10 years.

Sherman, the outspoken and often controversial cornerback for the Seattle Seahawks, has the most Twitter followers of anyone on either the Seahawks or the Patriots.

The amount an average American may consume during the Super Bowl

You’re probably better off ignoring this stat. According to Time, people who snack on wings, beer, dip and all of the other typical American football fare could rack up 2,400 calories during the four-hour game — more than what nutritionists suggest you should consume in an entire game. Even more upsetting? You would have to run a marathon to burn it all off.

Advertisers aren't the only ones shelling out the big bucks. According to Forbes, the average ticket price a week before the game was $6,500. And the night before the big game, the prices sky-rocketed to over $11,000 on the resale market.

Gisele's husband made history in the first half of Sunday's game, becoming the first quarterback in NFL history with 50 postseason touchdowns, five more than runner-up Joe Montana and 40 more than Russell Wilson, the Seattle Seahawks' Super Bowl QB.

She rode a real-life version of NBC's "The More You Know" sign and danced with life-sized sharks and beach balls. Lenny Kravitz pretended to play the guitar and Missy Elliott was also there. That's pretty much all you need to know. And speaking of...

Despite the NFL making it clear they expected the halftime performer to pay for the honor of playing in front of a one million-plus audience, Katy Perry confirmed that she was “not the kind of girl who would pay to play the Super Bowl.”

The Patriots beat the Seahawks 28 to 24 after an exciting game that saw both teams ahead at different points.

What a way to end it, fellas.