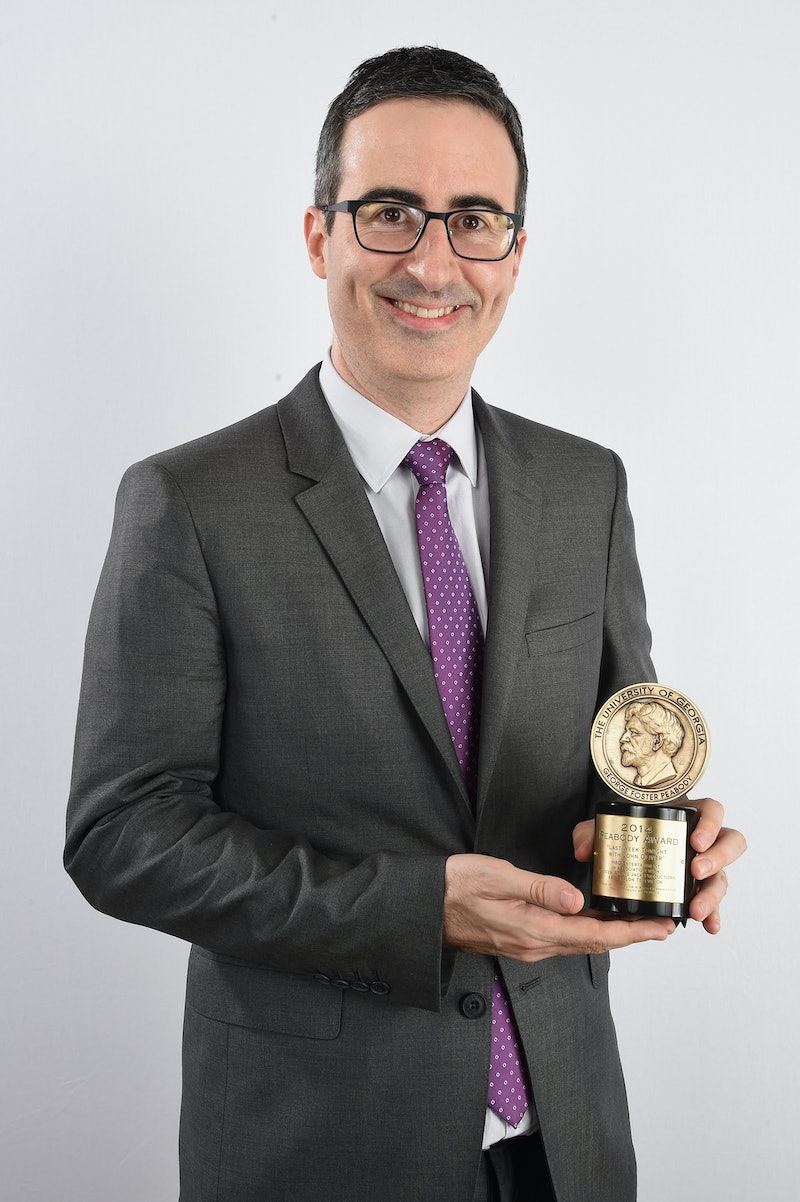 John Oliver fans rejoice — Season 3 of Last Week Tonight premieres on HBO in just three weeks. As a Valentine's gift to all the fangirls, I propose that Oliver dedicate a long-form segment to a certain feminist issue. Oliver has obviously tackled women's rights before, and he's been awesomely inclusive in his feminism. His segments on the wage gap, transgender rights, and the Miss USA pageants are substantial and thought-provoking, but John Oliver still needs to address the biggest feminist news story of 2015: the Defund Planned Parenthood movement.

It's actually the perfect story for Oliver to cover, because abortion rights are about to come back into the spotlight in a huge way. On March 2, the Supreme Court will begin hearing arguments on the Whole Women's Health vs. Cole case, which is challenging a Texas law passed in 2013 that requires doctors to have admitting privileges at a local hospital and sets unnecessary surgical standards on abortion clinics.

Oliver is the perfect person to point out the inherent hypocrisy — supporters of the law say it's intended to protect women, but if pro-lifers support it that adamantly, it's a good indication that the law is just restricting abortion access rather than actually helping women. It's the Supreme Court's first abortion case since 1992, and if Oliver doesn't cover the story and tie it in to the Defund Planned Parenthood movement, he's missing a real opportunity.

Oliver can also discuss the sharp increase in abortion restriction legislation, and its implications for the future. The legalization of abortion has been linked to a reduction in crime, overpopulation, poverty, and pregnancy-related deaths, and if restrictions keep getting tighter and tighter, particularly in areas with high rates of teenaged and unwanted pregnancies, those disastrous social factors could have a severe effect on the nation.

Finally, I'd like to see Oliver's take on the November attack at a Planned Parenthood in Colorado. Many liberal political figures, including presidential candidates Bernie Sanders and Hillary Clinton, spoke out against the Republican party's rhetoric on abortion in the days following the shooting. However, I get the feeling that Oliver would be able to shed even more light on any alleged link between conservative speech on abortion and the trend of surging violence against abortion providers.

Trevor Noah had a great segment related to the Defund Planned Parenthood movement back in October, but now it's time for the John Oliver treatment. Oliver's long-form style is the perfect medium for taking on this issue in a succinct, powerful, and hilarious manner, and he's great at finding connections between seemingly discreet problems. An issue as complex as abortion deserves, at the very least, a 20-minute discussion.

With the upcoming SCOTUS case, now is the perfect time for John Oliver to address the Defund Planned Parenthood movement.