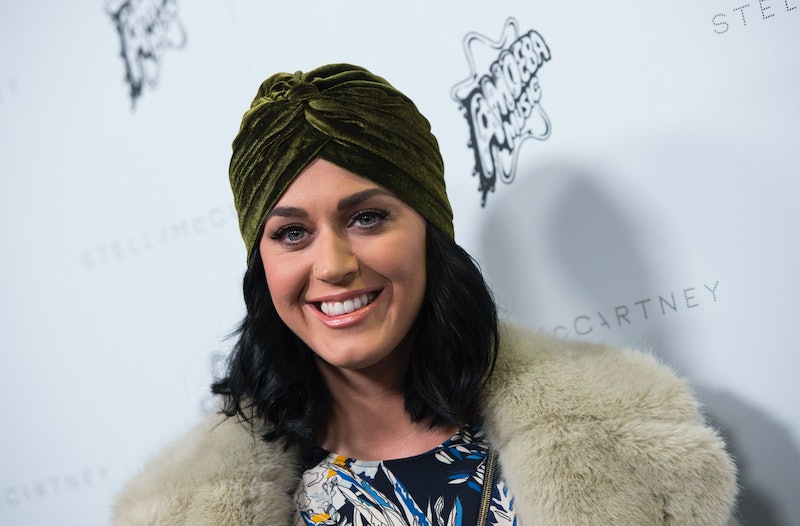 The status of Hollywood's hottest stars' love lives can be very hard to keep track of. And it makes sense. Given the opportunity, I certainly would be taking full advantage of the pool of attractive and talented folks in Hollywood, wouldn't you? One man who seems to have immersed himself fully in the Hollywood dating scene is Orlando Bloom. Literally every time I read about him lately it's about his personal life, which brings up a very important and recent development: Are Orlando Bloom and Katy Perry dating?

This might have seemed like a random pairing a few months ago, but the two have been spotted together more than once recently, which hints otherwise. Perry and Bloom were first connected when they were photographed being "flirty" at a Golden Globes after party. Let me tell you, when I saw these photos, all I could think was that Perry certainly seemed to be smiling VERY widely and Bloom seemed VERY attentive.

E! News reports that the singer and actor stayed together most of the night and "danced around to Justin Timberlake's 'Rock Your Body' together while Perry mouthed the lyrics." Now, that's something!

The Golden Globes flirtation between the two happened less than two weeks after Perry was spotted out with her ex John Mayer. They went out to Hollywood hot spot Mr. Nice Guy, and apparently performed a rendition of "Natural Woman" with Perry on the vocals and Mayer on the keys. Everyone assumed something was brewing between the ex-lovers again, but this tryst with Bloom seems to confuse all of that.

A few days after their Globes night, Perry and Bloom both attended the Stella McCartney Autumn 2016 Presentation in L.A., fueling the rumors even more. This time, E! News insiders claimed that Bloom was sending Perry some intense vibes, but that she "didn't seem fazed." Ouch. What is more interesting is that a second source told the same publication that Perry and Mayer are "still very much together." Well, that seemed to settle it at that point. Or so I thought...

On Jan. 22, actor James Lecesne posted an Instagram from the backstage of his one-man play, The Absolute Brightness of Leonard Pelkey. And who was in this selfie with Lecesne? Katy Perry and Orlando Bloom! At the very least, this proves that the two are friendly enough to go watch a play together, while her supposed boyfriend Mayer was nowhere to be seen.

It is too early to say whether Perry and Bloom are dating exclusively, but they seem to like each other's company enough, and 2016 just might give us another superstar couple... or some very juicy stories.