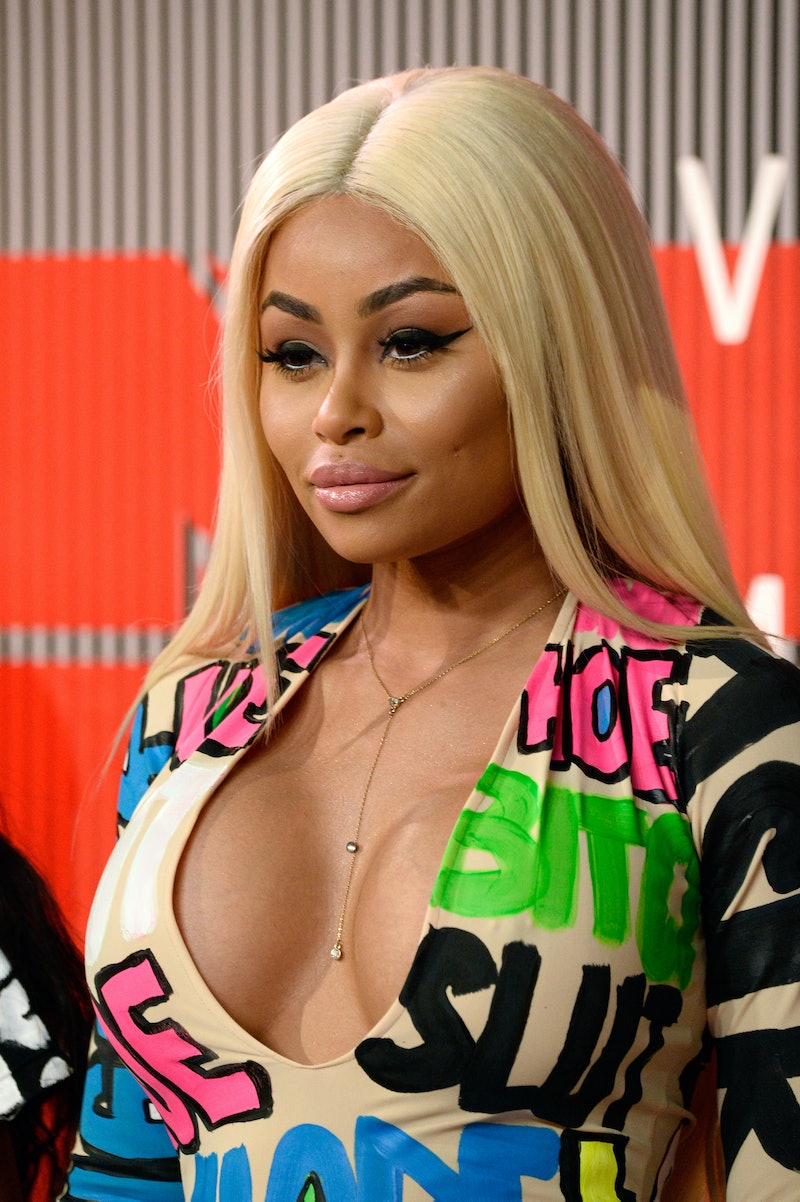 The Kardashians have been known for dropping some crazy news on us, but this latest bomb might top them all. Remember that massive feud that was going on between Blac Chyna, Amber Rose, and basically every Kardashian/Jenner when Kylie first started seeing Chyna's ex, Tyga? That drama might already be dead and buried, because after a single cryptic Instagram post, it looks like Blac Chyna and Rob Kardashian are dating. If you are staring at the screen in a mixture of awe and confusion right now, that's exactly how I felt when I heard the news. But on Monday morning, Chyna posted a photo of an eerily familiar tattooed arm wrapped around her with the caption, "the beginning." Bustle has reached out to Chyna and Kardashian for comment, but has not yet heard back.

It doesn't take Nancy Drew to figure out that arm belongs to Kardashian, because any fan could recognize that famous ink sleeve anywhere. The photo (plus the caption) definitely seems to imply that they're together, but my brain is probably smoking right now as I try to comprehend it. Of course, the feud between Chyna and my favorite reality family was mostly just her being BFFs with Amber Rose, the actual instigator of the whole thing, but she did shade Jenner pretty hard with that giant wax lips Instagram post last year, mocking Jenner's famous pucker.

But anyway, back to the real issue at hand: This photo.

What does it all mean? And what is it "the beginning" of?! I have a few answers.

This is the most likely answer, although not the most logical. And if they are dating, good for them! Kardashian has struggled a lot over the past few years, and he deserves to be happy. If Blac Chyna is doing that for him, it's a really awesome thing.

Also possible, but less so, because that Instagram post looked pretty romantic. And the fact that they're so cozy is throwing me off. How did this happen? Were they Tinder matches? Did Chyna and Kim become friends again and it was a set up? Did she apologize to Jenner for the lip thing? What was that conversation like? I need to know!

This Is All A Mean Prank

Chyna ran into Kardashian somewhere — although I'm not sure where, since he is rarely seen out and about — and they decided to take a photo together to fool everyone. If this is the case, it is working, because I am freaking out.

Probably not, but stranger things have definitely happened. In the world of the Kardashian/Jenner clan and those who orbit it, anything is truly possible.

If this is the signal of the end of their feud, though, I'm definitely all for it. The more peacefully everyone can live, the better... even if it is more fun watching drama unfold. Amber Rose, it is now your turn. Will we be seeing you drinking coffee with Kris anytime soon?