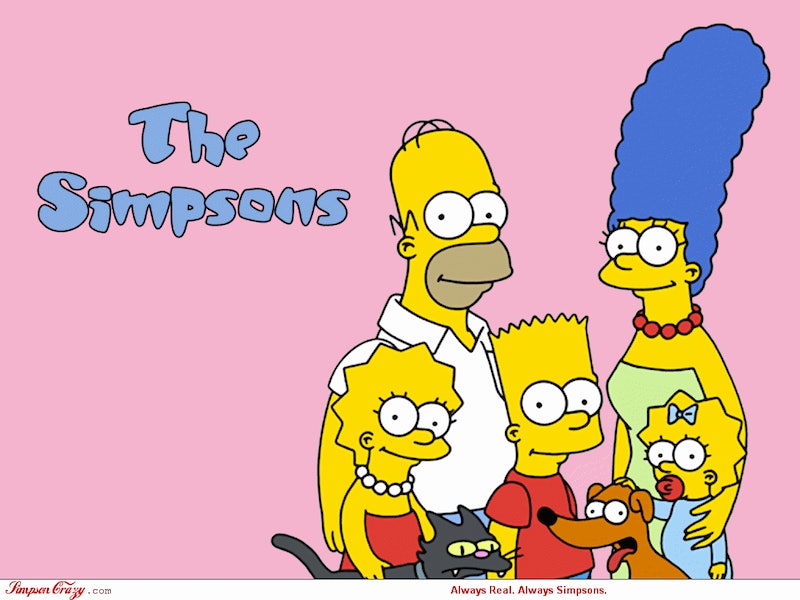 Quick: Name a gay character from The Simpsons. Other than the lovelorn Smithers, few may come to mind (if that's the case, you can refresh your memory here). Yet according to a new study, the positive portrayal of homosexuality on this popular series has helped men come out of the closet.

German academic Erwin In het Panhuis analyzed almost 500 scenes from the show, which he describes as "trailblazing" for its portrayal of homosexual characters.

Lo and behold, Homer Simpson himself is described as a beacon of acceptance. “Homer has kissed other men on the lips more than 50 times throughout the series but despite that he’s happily married to his wife," writes Panhuis. "He is sometimes heterosexual, sometimes gay and sometimes homophobic."

According to Panhuis, the very fact that the series tackled homosexuality at all should be applauded. The Simpsons, he explains, "treats homosexuality as something normal in a media environment which can usually be very hostile to the point of view.” In 2005, Matt Groening's series was also the first cartoon to dedicate a whole episode to same-sex marriage. Turns out Homer may be more progressive than he seems.

More like this
'The Last Of Us' Video Game Revealed Tess’ Fate In The HBO Series
By Brad Witter
Shonda Rhimes Responded To The Surprise Exit Of A Day 1 'Grey's Anatomy' Figure
By Grace Wehniainen
Everything To Know About A Potential 'Lockwood & Co.' Season 2
By Gretchen Smail
This 'Gossip Girl' Wardrobe Error Has Gone Viral On TikTok
By Alyssa Lapid
Get Even More From Bustle — Sign Up For The Newsletter
From hair trends to relationship advice, our daily newsletter has everything you need to sound like a person who’s on TikTok, even if you aren’t.