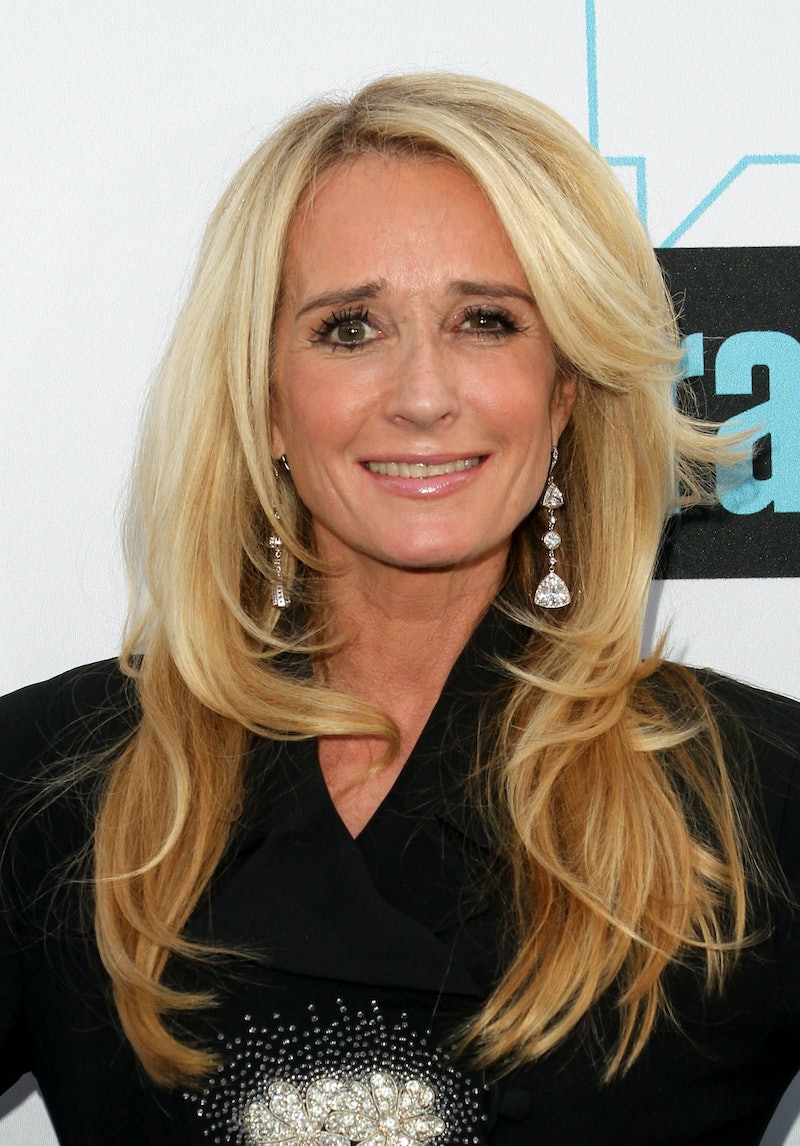 If, like me, you're a longtime fan of Bravo's The Real Housewives of Beverly Hills, you'll know how palpable the love between Kim Richards and her ex-husband Monty Brinson was. Richards and Brinson were married for three years in the '80s, but the two remained incredibly close after their divorce in 1988, with Richards standing firmly by his side during his long battle with cancer. The reality star even lived with Brinson to help care for him, and she often referred to him on the show as her best friend. Brinson was universally loved by Richards and their family, as well as the other Housewives, who took to social media to express their support for Richards after Brinson died on Sunday at the age of 58.

Even after splitting up, Brinson and Richards remained united to co-parent their 29-year-old daughter Brooke. Brinson's battle with cancer was chronicled on the show, and he stood by in support of Richards during her longtime struggles with substance abuse. He frequently took to Instagram to express his love for her, often sharing photos of the two of them along with other family and friends. After news of his passing spread, Richards shared this touching tribute to Brinson:

Shortly thereafter, family members, friends, and Housewives alike took to social media to express their sadness and support of Richards in the wake of Brinson's death. Daughter Brooke shared this heartbreaking snap:

Richards' sister (and fellow Housewife) Kyle also took to Instagram to express her condolences over the loss of Brinson:

Other fellow Housewives took to Twitter in honor of Brinson, including Yolanda Foster, who said:

It's evident that Brinson left such a positive mark on those he met, and his friends and family will sorely miss him, for sure.