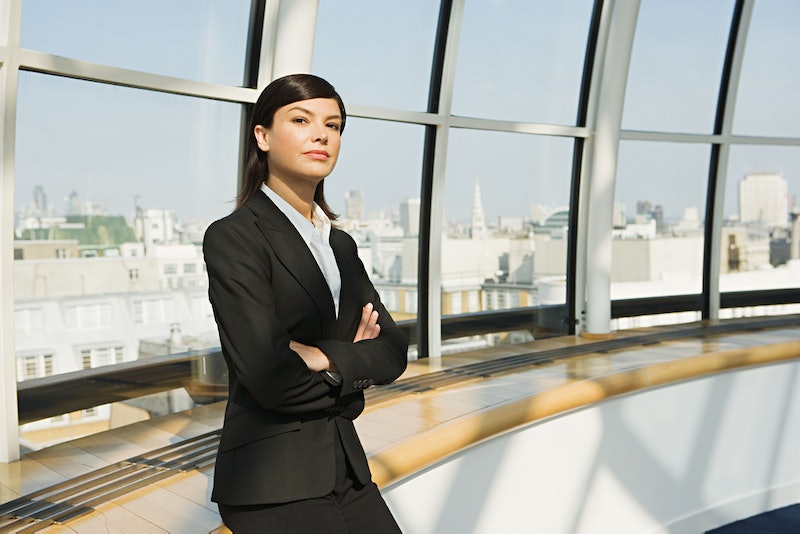 What exactly is gender judo? According to Joan C. Williams writing in the Washington Post, it’s this: The martial art known as judo, which means “gentle way” in Japanese, focuses on taking your opponent’s momentum and using it against him or her. Similarly, gender judo takes feminine stereotypes that could hold women back in the workplace, turns them around, and uses them as a way to forge ahead.

Basically, gender judo translates something unfamiliar and threatening and makes it into something familiar and safe. It’s how Kirsten Gillibrand has navigated being a female senator, Williams writes. Since most senators are older men, she remarked in September, they see her as a daughter, and thus are helpful and protective of her rather than dismissive. It’s how a law professor friend of Williams maintains control over unruly classrooms: She jokes about turning the lights off and having her students put their heads on their desks as a kindergarten teacher might — resulting in both laughs and focus. In short: It’s how to exert authority without triggering pushback.

The trouble with traditional femininity, Williams writes, is that it married warmth with submissiveness. Gender judo takes that warmth and marries it with the traditionally masculine trait of dominance. It’s not about sleeping your way to the top or about behaving like a little girl; it’s a tool to be used, a tactic or strategy to aid in power plays.

Let it be known that I really dig this whole idea. But I also have a major question: Gender judo sounds terrific not just for women, but for men as well. So why isn’t everyone exercising it? It's all about framing: Making it sound like you’re negotiating for the team, rather than negotiating for yourself, or turning your criticisms into requests for help. Women aren’t the only ones who can — and, indeed, should — employ these sorts of strategies in the workplace. Regardless of gender, doesn’t having a boss you can trust to lead, but know that you can go to with issues or concerns without fear, sound like the healthiest work environment ever? Or if you’re the boss, doesn't knowing that your team trusts you to lead, but also knows that they can go to you about the difficult things, sound like a less stressful and infinitely more productive way to run things?

Williams has thought of this quandary, too; although her solution isn’t as satisfying as what I would hope for, it’s the most practical. She acknowledges that developing tactics for navigating bias isn’t the same as eliminating bias altogether — and that unfortunately, elimination would require the sort of complete business model makeover that is unlikely to happen overnight (or anytime soon). In the meantime, at least we’ve got a solid strategy up our sleeve. Watch out, world — gender judo has arrived.