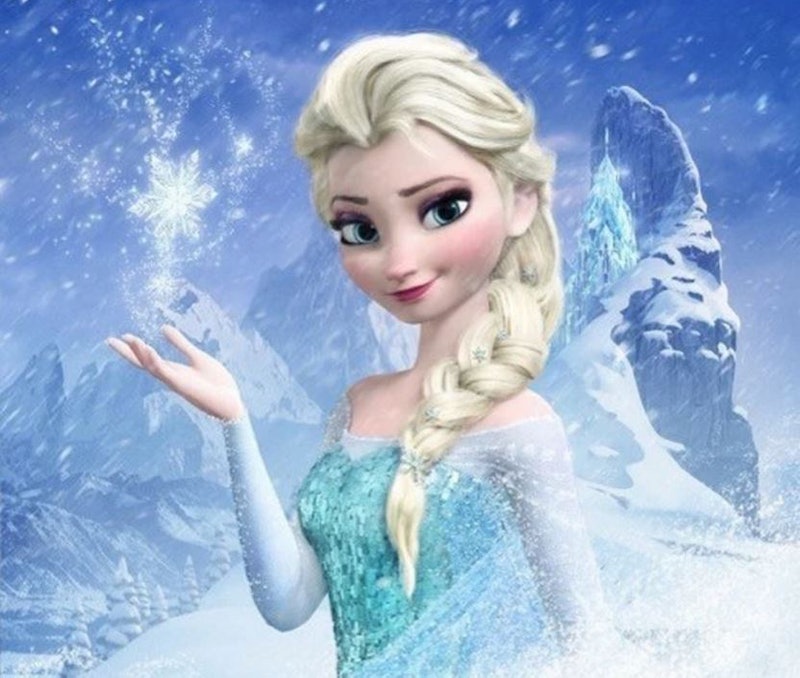 Many of us have a love-hate relationship with Disney Princess movies. On the one hand, they often include catchy songs, adorable animals, and touching love stories; on the other, though, they often also feature tiny women being saved from their "meaningless" (read: manless) lives by big, strapping princes. So, are Disney Princess movies sexist? And have they at least improved between the 1937 release of Snow White and the 2013 release of Frozen? Through an analysis of 12 animated Disney films from 1937 to 2013, linguists Carmen Fought and Karen Eisenhauer have set out to answer that question... and unfortunately there's kind of a problem.

To figure out how sexist the Disney movies of both today and yesterday are, Fought and Eisenhauer counted how many lines male and female characters spoke in each one. After all, women onscreen can't be too empowered or important if we don't even hear what they have to say. That's at least what the popular Bechdel Test, created by cartoonist Allison Bechdel, uses as a measure of how sexist a movie is: If it doesn't have at least two women talking together about something other than a man, it's not doing too well. Disney Princess movies are mixed on this measure, but there have been improvements — the most recent ones (Brave, Frozen, and Tangled) all pass.

Fought and Eisenhauer didn't find such favorable results in their examination, though. According to preliminary findings presented at a linguistics conference and reported by The Washington Post, men tend to speak more than women in Disney movies — and that hasn't improved much over the years.

The production of Disney Princess films has an erratic history, with none made between Sleeping Beauty in 1959 and The Little Mermaid three decades later in 1989. While you might expect The Little Mermaid and other pictures from the late '80s and '90s to have more vocal female characters than those from the '30s and '50s, the opposite was actually true. Cinderella and Sleeping Beauty feature women speaking more than men, and Snow White is about 50-50. But in the five films following The Little Mermaid, men spoke three times as often as women on average. Aladdin represented the low point, with 90 percent of the lines spoken by male characters.

Eisenhauer, a graduate student at North Carolina State University, told The Washington Post that this dropoff may have to do with later films' larger casts. "We're so trained to think that male is the norm,” she said. “So when you want to add a shopkeeper, that shopkeeper is a man. Or you add a guard, that guard is a man. I think that's just really ingrained in our culture.”

The state of the Disney movie has improved a bit in recent times, though: 2012's Brave beat all other Disney Princess movies, with 74 percent of its lines spoken by women; 2010's Tangled, too, did well, with women speaking over half the time. But even 2013's Frozen, known for its empowering message of sisterhood, had women behind only 41 percent of the lines.

So, basically, these films reflect what's happening in real life. Because we as a culture tend to value women's opinions less, men spend more time speaking in meetings and classrooms and women are more often interrupted, according to several studies reported by Bitch Media. We've got a long way to go to equalize real-world conversations, and maybe balancing out movie dialogues could be one step toward that goal.