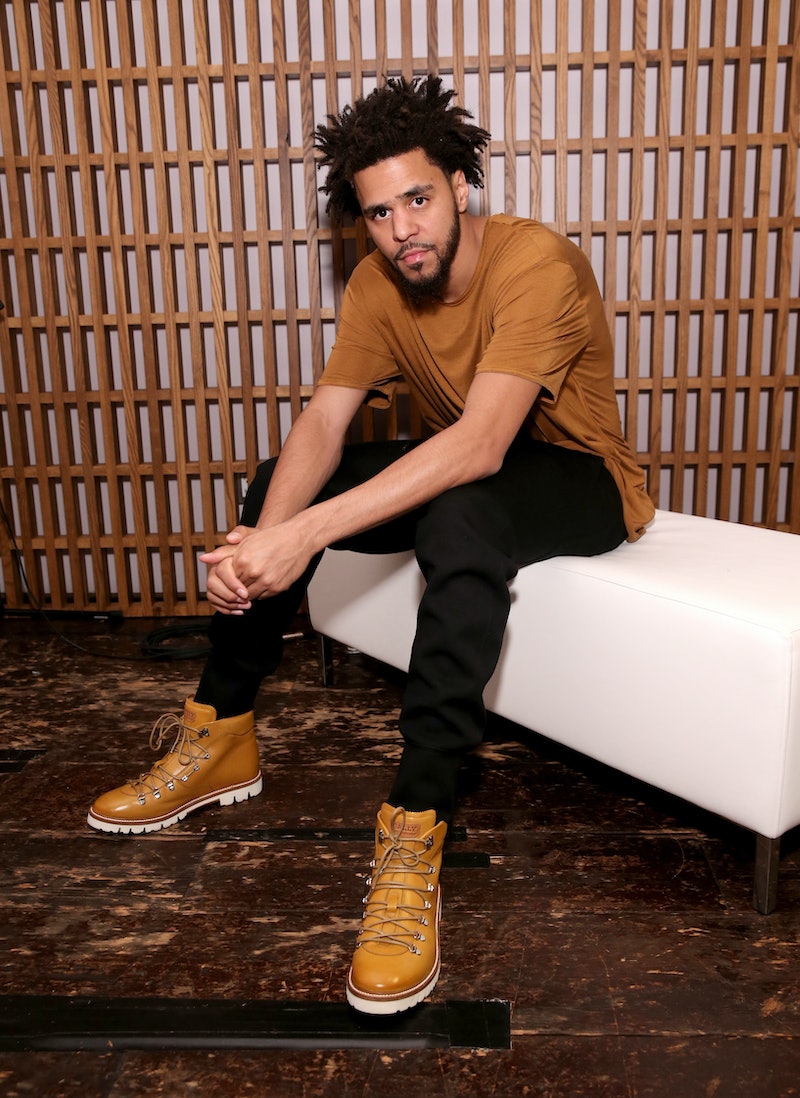 I have been a J. Cole fan for quite some time, so I know that he has always been one to focus on his music and keep away from any drama in his personal life or beef with other artists. He truly just wants to keep his attention on the craft, which I totally respect. But that doesn't mean a girl can't be curious! In a recent interview between J. Cole and director Ryan Coogler, Coogler inadvertently outed the news that J. Cole had married his long-term girlfriend, Melissa Heholt. From what I have learned about their relationship, it's clear that Heholt and Cole are a private couple, but some rare photos of the couple that show they've been together a very long time.

In the time since I've been a fan of the rapper, he's been linked to some celebrity ladies. Notably, there were longstanding rumors that Cole had a sex tape with Rihanna (which they both denied), but I knew that he was connected to a long-term girlfriend, who he seemed devoted to throughout the years.

Heholt and J. Cole met about 10 years ago when they were both attending St. John's University, and have been together ever since — which is something to be admired, especially in the entertainment business. They definitely seem to be in it for the long run, so to celebrate their marriage, here are some photos of Heholt and J.Cole, looking cute and in love.

1. When They Were Just Babies

That suit has early '00s written all over it.

I am impressed with Cole's dedication to not smiling.

3. When They Both Looked Happy

4. When They Were Extra Cozy

Nothing better than cuddling up to bae.

5. When They Were Matching

A couple who wears blue together, stays together.

6. When They Had A Couples Costume

J.Cole is dressed like a scarecrow, and that's how you know it's true love.

There are very few photos of these two online, but the ones that are show an adorable and loving couple. I wish them all the luck in their new marriage!

More like this
'RHOP' Stars Robyn & Juan Reportedly Got Remarried & Filmed The Ceremony
By Brad Witter
Kylie Jenner Clarified How To Pronounce Her Son's New Name
By Jake Viswanath
Nicole & Chris Hinted They’re Still Together After 'Married At First Sight'
By Brad Witter
Keke Palmer Shares The Sex Of Her & Darius Jackson's Baby
By Jake Viswanath
Get Even More From Bustle — Sign Up For The Newsletter
From hair trends to relationship advice, our daily newsletter has everything you need to sound like a person who’s on TikTok, even if you aren’t.