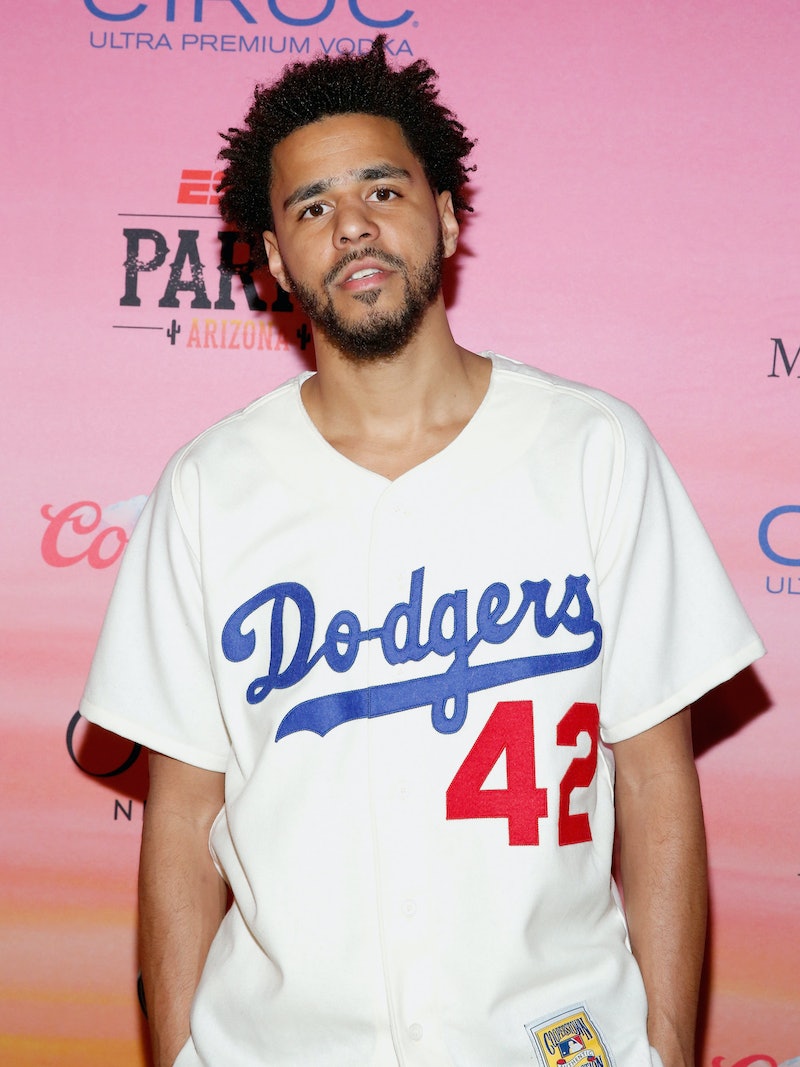 If you thought that there were too many celebrity divorces this past year, allow 2016 to tell a different kind of story. In a January 2016 interview, movie director Ryan Coogler inadvertently revealed that J. Cole is married to one Melissa Heholt. Who is Melissa Heholt, you ask? You know, the woman with whom Cole is going to break the failed celebrity marriage spell? Before we take a deeper look at Cole's very successful wife, the way the marriage was introduced to the public eye deserves some attention.

When I say Coogler "inadvertently" exposed J. Cole's marriage, I really mean it. In the interview, the Creed director asked the rapper how getting married "changed" him, realized his slip-up, and apologized by saying he'd never interviewed anyone before. Cole, who is an exceedingly good sport, responded, "That was like one thing to not do. But it's all good... They know now."

The couple have kept their lives relatively private over the years, but if one thing is for sure, it's that the Cole-Heholt family is made up of two very successful and ambitious partners. Here's some more info about the new bride.

To be frank here folks, there is not a ton of information about Heholt out there. And it's probably because she likes it that way, which you've got to respect. The pair seem to keep their relationship low-key (see: story above), but that doesn't mean that it's any less special.

I had nowhere to go, she gave me a place to stay/She gave me her heart to hold/I still got that sh*t to this day. She gave me the gift of my son/and plus we got one on the way. She gave me a family to love, for that, I can never repay/ I’m crying while writing these words, the tears, they feel good on my face.

2. She's Been With J. Cole For Over A Decade

According to Bossip, Heholt and Cole apparently met in college (St. John’s University), where they became college sweethearts. They've been together ever since and reportedly got engaged in 2015.

She even founded her own event planning company, Statice Events. According to the company's Facebook page:

Statice Events covers all angles, from venue selection to event day coordination. We are with our client every step of the way, to ensure they receive superior service, as well as a calm, intimate, and cost-effective event-planning experience. We will work endlessly to ensure all ideas and wishes for the client's event come to fruition. Statice Events guarantees each client a flawless event that will be remembered by them and their guests long after the event commences.

She wrote in the About Me section of her event planning website:

Event planning began as just a hobby for me, eventually blooming into a life-long passion. One would wonder why it took me until after I graduated with a M.S. in Childhood Education and some time teaching to figure this out. The process of planning an event gives me excitement like no other, so much that I was crowned the “go to girl” for planning special events amongst, my family, friends, and collegiate organizations.

In an interview with Karla With A Kay, Heholt said:

The Dreamville Foundation was started in October 2011 based in Fayetteville, N.C., to reveal to the youth their limitless potential through positive experiences, whether it is an event or program. I have been very involved with this organization as their Executive Director, helping to establish the organization and coordinate its events and programs.

Although the pair are relatively private with their relationship, there is no doubt that they're both doing great things in their lives and careers that are making an impact in various facets of their communities.

This article was originally published on Jan. 19, 2016