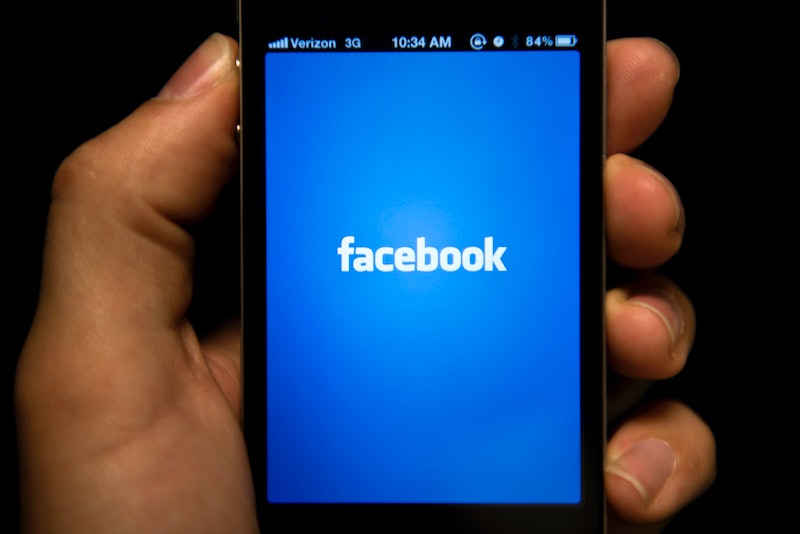 How many friends do you have on Facebook? 100? 500? 5,000? Whatever the number, it probably actually doesn't matter that much, since new research just found that most of your Facebook friends probably don't care about you very much. The study, published in the journal Royal Society Open Science, examined whether social media "friends" could really be friends in the way that your real life pals can — in other words, does the Internet stifle the potential of full friendships, or can you have friends of the same quality online as you can in person?

In order to answer this question, the researchers conducted two surveys in the UK. The first included 2,000 adults who regularly used social networking websites, over 85 percent of which reported using social media everyday; meanwhile, the second sample included 1,375 adults who worked full time jobs, but whose social media usage was not taken into account when being selected. (The idea was for this second sample to be more relative to the general population.) Both samples were also randomized in terms of factors like age and gender, so as to not create more potential variables that could skew the results.

The participants were then given survey questionnaires about their social life, social media usage, network sizes. When looking at the participants' answers, the researchers found that only a very small portion of people's Facebook friends could actually be considered, well, friends. Sample one reported that only about 27 percent of their friends on Facebook were people they would quality as being "genuine" friends. They also found that the people whom the researchers deemed the participants' "support cliques," or people that they could rely on in a crisis, and their "sympathy group," or friends that they were emotionally close to, were very small in number regardless of the actual size of that person's social network: The average percentages of Facebook friends belonging to these groups came in at 13 and a little over four percent, respectively. So, we're not leaning on most of our Facebook friends for real support.

This also means that the amount of truly close friends we have, regardless of our social media usage, is about the same. The only differences of significance the researchers found econcmpassed personality and age: Offline users tended to have a larger support circle if they were extroverted, and those who were younger tended to have more people connected to them on social media. Women also tended to have larger social networks than men do.

The explanation for this phenomenon comes down to capacity. There's been a lot of theorizing in the social sciences about the most friends a person can have and the quantitative limits our brains have for connection — that is, is there a threshold on the number of friends we can have? It seems so, as the number of Facebook friends the average person had in the study was eerily close to what's known as the Dunbar Number. Created by Robin Dunbar, the Dunbar Number theory suggests that the maximum number of friend relationships one can maintain in real life is approximately 150. The average number of Facebook friends in the two samples were about 182 in sample one and 155 in sample two — that is, they were greater than the Dunbar Number.

The researchers also noted this as an explanation of their findings, saying in their abstract, "There is a cognitive constraint on the size of social networks that even the communication advantages of online media are unable to overcome. In practical terms, it may reflect the fact that real (as opposed to causal) relationships require at least occasional face-to-face interaction to maintain them." So, having hundreds of Facebook not care about you isn't a reflection on your or necessarily a bad thing; it's just the result of our increasing ability and willingness to connect with people online, while our brains remain limited in our capacity for caring about and maintaining relationships with people.

If you want to perhaps cut back on who you have in your online social network, perhaps limit your connections to those you've only spoken to offline in the last year, to keep things a little bit more real. But hey, if you'd rather still have the option of talking with all of your teachers from elementary school or your third cousins, we're not judging you either.

More like this
The Correct Way To Start An Advent Calendar, Explained
By Kaitlyn Wylde and Jay Polish
Here’s How To Make The Spotify Music Festival Lineups Taking Over Instagram
By Alexis Morillo
How To Switch Back To A Personal Instagram Account From A Professional One
By Alexis Morillo
Here’s Why You Can’t Create A Playlist On TikTok
By Alexis Morillo
Get Even More From Bustle — Sign Up For The Newsletter