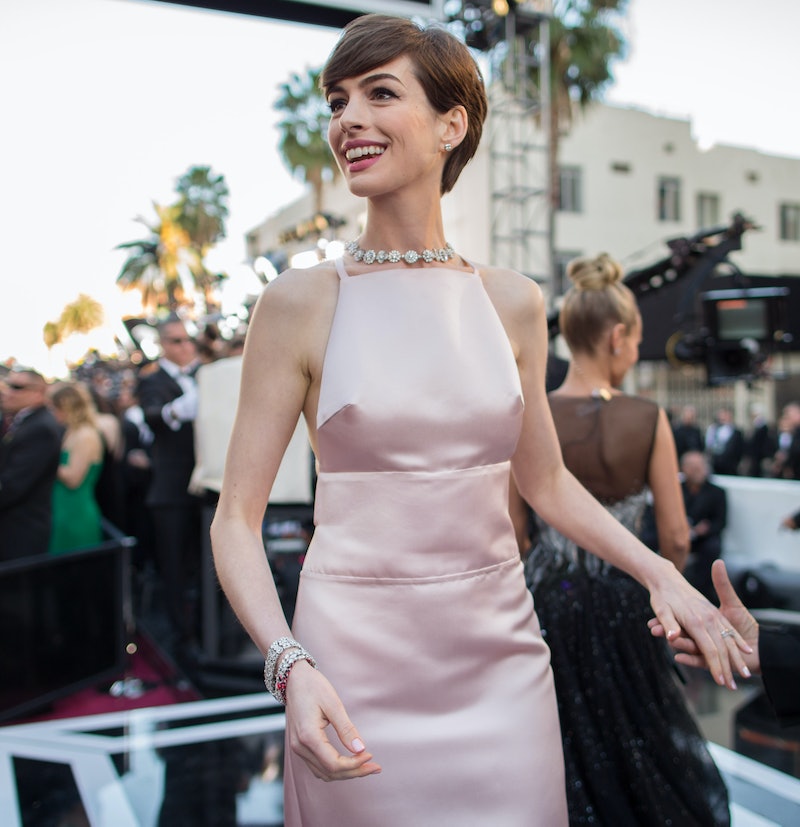 In Hollywood, staying in any relationship for 10 years should earn you a medal — even (or especially) if it’s a relationship between a star and her stylist. Sadly, one of these rare long-term partnerships is coming to an end, as actress Anne Hathaway has parted ways with her friend and stylist Rachel Zoe, replacing the designer with famed stylist Penny Lovell.

Over the last decade, Hathaway and Zoe have worked together to create some pretty memorable ensembles, both for better and for worse. From stunning white, strapless numbers to a gorgeous and glittering Armani Privé gown at the 2011 Golden Globes, Zoe has helped shape Hathaway’s style from what it was in her frumpy Princess Diaries days to the often-glamorous level it’s reached today.

Zoe even helped Hathaway break out some pretty dramatic looks over the last couple of years, including a sheer Valentino at the Met Gala (complete with blonde hair!) and the dark and daring ensembles she sported at various Les Miserables premieres.

But things took a major turn for the worse last year when, after pulling a last-minute gown change at the 2013 Academy Awards, Hathaway hit the biggest red-carpet event of the year dressed not in Valentino, but in a powder-pink Prada dress, complete with wrinkled satin and uncomfortably distracting nipple darts.

Since that heavily documented disaster, Zoe has had few chances to show off her sartorial skills with the Oscar-winning star. Hathaway has noticeably shied away from the spotlight over the last year, telling reporters at the recent Sundance Film Festival that the American public needed a break from her.

Though we’ve yet to see much of Hathaway’s new style, her recently instated stylist —whose creative genius has put stars like Rose Byrne and Bella Heathcote in pretty printed numbers and chic little white dresses — seems to be doing a commendable job already. At the Sundance, Lovell gave us a small sampling of what's to come, putting Hathaway in menswear-inspired suits and a casual-cool sweatshirt-and-ripped-jeans combo.

The duo may be off to a good start together, but they'll prove what they're really made of at the upcoming Academy Awards, where Hathaway will be a presenter. We have our fingers crossed that the star comes better clad than last year, and we hope Lovell is on hand to help avoid any Oscar wardrobe malfunctions.