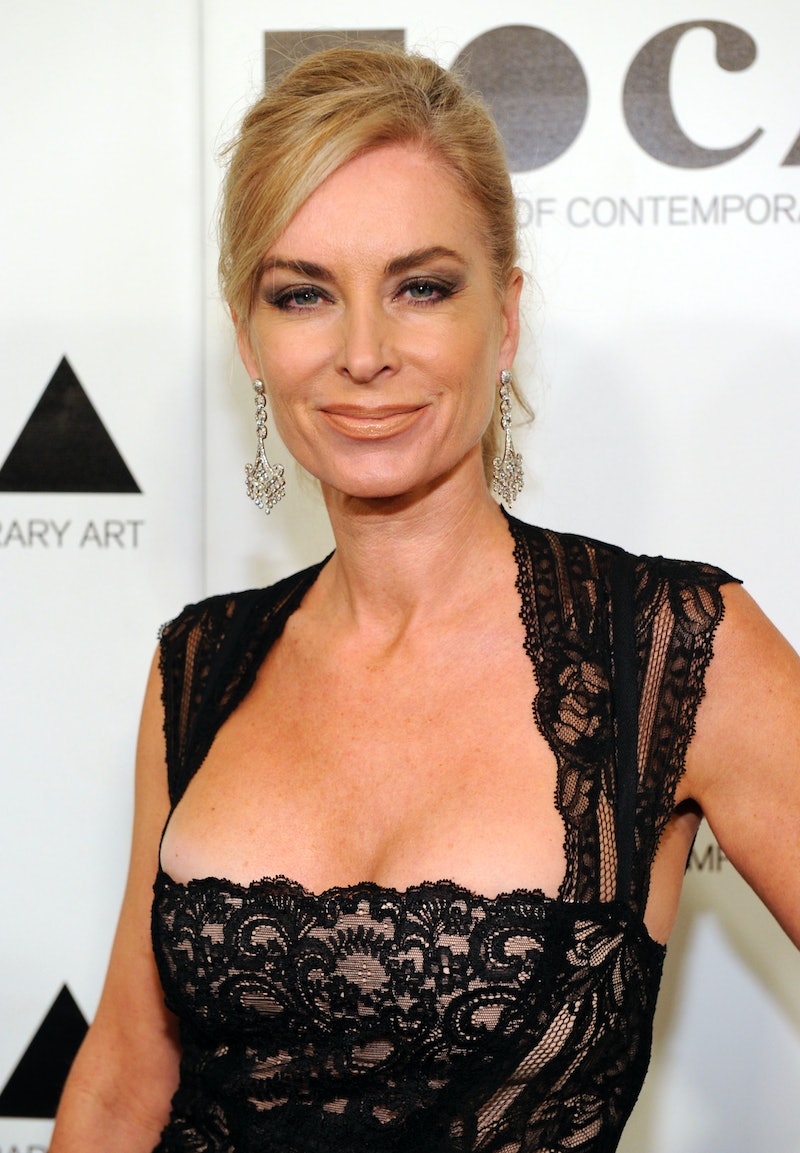 Eileen Davidson has broken out of her shell this season on Real Housewives of Beverly Hills. During her first season, she wasn't overly-involved in drama, she didn't open up too much about her personal life, and she didn't throw wine in other's faces. This season is completely different. While Eileen has yet to fling a full glass of Pinot Grigio in someone's face, a la Brandi Glanville, she has been opening up to the women (and viewers), revealing personal journeys that you'd never know she struggled with. On Tuesday's episode of RHOBH , Eileen traveled to Italy to scatter her sister's ashes and completely opened up about the loss of her sister.

Eileen's sister, Connie Davidson, lost her battle with cancer in 2014. According to Eileen, Connie didn't share with her family that her cancer had been terminal the last couple months of her life. Eileen explains that she feels guilty that she couldn't help her sister because she didn't know that it was terminal (even Connie's doctor's didn't tell the family). To honor her sister, Eileen took her sister's ashes to Italy to scatter them. As she says, it was a way for her to "try and let go of the guilt."

Despite the circumstances of the trip to Italy, Eileen's final moments with her sister's remains were beautiful. It clearly meant a lot to the soap opera star to be able to do this for her sister, and it was incredibly brave for her to share it with television audiences.

I'm hoping that this is a cathartic experience for Eileen. It is obvious that she holds a lot of weight on her shoulders from her sister's passing, but as she said throughout the trip, this was something she could do to honor her late sister, which will hopefully allow Eileen to move in a positive direction when thinking about the situation.

Overall, Eileen's admissions in the recent episodes of the show have been extremely meaningful. She's allowed herself to be more vulnerable and I think that viewers are going to find commonalities with Eileen and be appreciative of the services she's doing on the show.