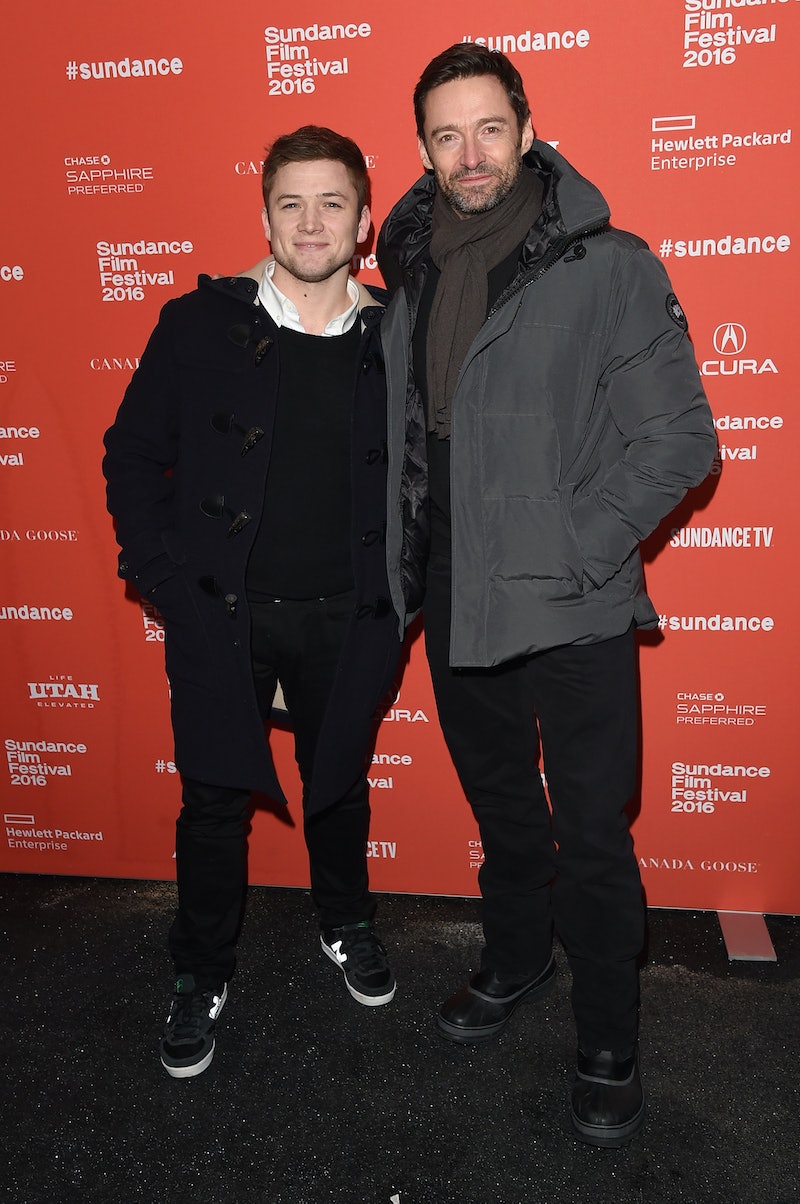 On Tuesday night, Sundance Film Festival locals were surprised with an impromptu screening of the upcoming film Eddie the Eagle . In attendance were the stars themselves — Taron Egerton and Hugh Jackman — who delighted audiences by showing up to introduce the based-on-a-true-story movie. Egerton plays Eddie Edwards, an unlikely Olympic ski jumper hopeful, and Jackman plays the grizzled ex-Olympian who trains him. It's an entirely predictable, yet enormously uplifting and fun film, thanks in huge part to the stars convincing performances. On the red carpet preceding the film, Jackman says: "Make sure you're doing something you love. If you're lucky enough to be around for a good, long life, you're going to be working for a bit of it, so make it something you love."

Egerton, who hasn't been acting nearly as long as the famed Wolverine star has, echoed his on screen mentor's claims. "Make sure you're very passionate about something. If you're not doing something that's a joy to get up in the morning..."

"And don't steal from you boss. That's another bit of advice," Jackman adds. "And don't drink paint."

While the film revolves around the pair's relationship to one another, it is often a tumultuous one. "We fought a lot. We were literally fighting," Jackman tells Bustle. "We did some mud wrestling," Egerton jokes. "Have you seen the film? I was not doing much training. Hugh's in the gym every morning, I'm eating all the pastries in the gym."

But now that the film has wrapped, the pair are doing less on-screen fighting, and more off-camera training for their upcoming roles. "We are both sort of getting back into it at the moment," Jackman says.