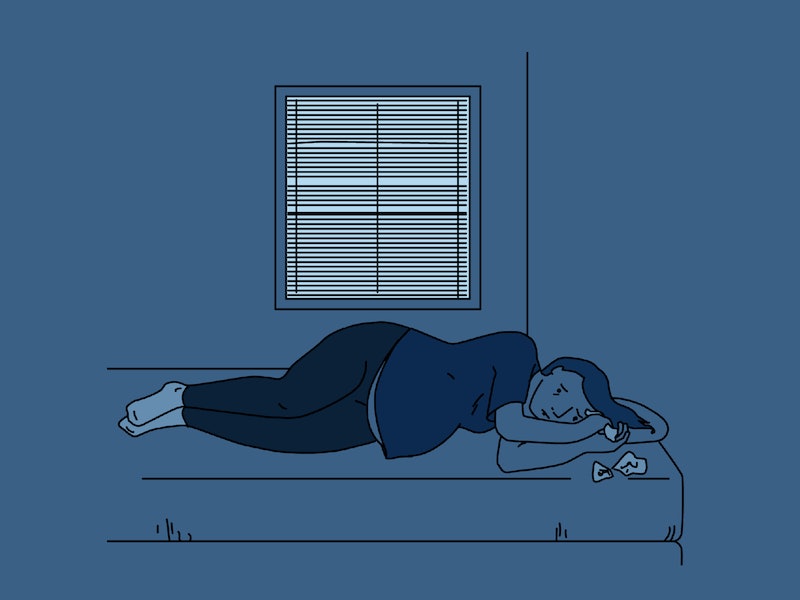 If you or a loved one have ever experienced mental illness, you've no doubt run into the same question over and over again: How do you talk about mental illness? Society has come a long way since the days of exorcisms and forced institutionalization as treatment, but the stigma surrounding mental illness persists even to this day. Just earlier this week, an article was published in the Synday Morning Herald detailing how to spot an employee who is "faking" their mental illness — an approach to the subject that only serves to reinforce the harmful stereotype that being unwell is totally imaginary. The author of the article has since apologized, but the fact that such a piece was published in the first place speaks volumes about our knee-jerk, negative reaction to mental illness. Unfortunately, there's no easy fix; the well-documented stigma attached to mental illness owes itself to all kinds of factors — including the very language we use to talk about it.

I say the results are unsurprising because psychologists have long advocated the "person-first approach" to language as a way to separate someone's identity from their illness. Subtle as it may seem, referring to people with mental illness as "the mentally ill" reduces them to a single characteristic — and one that's heavily stigmatized at that. In contrast, person-first language emphasizes that their illness doesn't define their identity.

Although some may dismiss their findings as having a politically correct agenda, researchers made sure to note the tangible effects of their study. "This isn't just about saying the right thing for appearances," co-author Darcy Haag Granello said, according to Science Daily. "The language we use has real effects on our levels of tolerance for people with mental illness."

Unfortunately, the stigma surrounding mental illness doesn't appear to be going anywhere anytime soon. Studies show again and again that the general public, including medical professionals, clings to negative stereotypes about mental illness; in fact, people in the 1990s were more likely to believe that people with mental illness are violent, even though research suggests that they're actually more likely to become victims of violence than to perpetrate it.

The good news is that it's possible to fight against the stigma, even if it's just with something as small as being careful with our language. As Granello summed up to Science Daily, "People with mental illness deserve to have us change our language. ... It helps change our perception, which ultimately may lead us to treat all people with the respect and understanding they deserve."

In the immortal words of High School Musical, we're all in this together — so let's act like it.