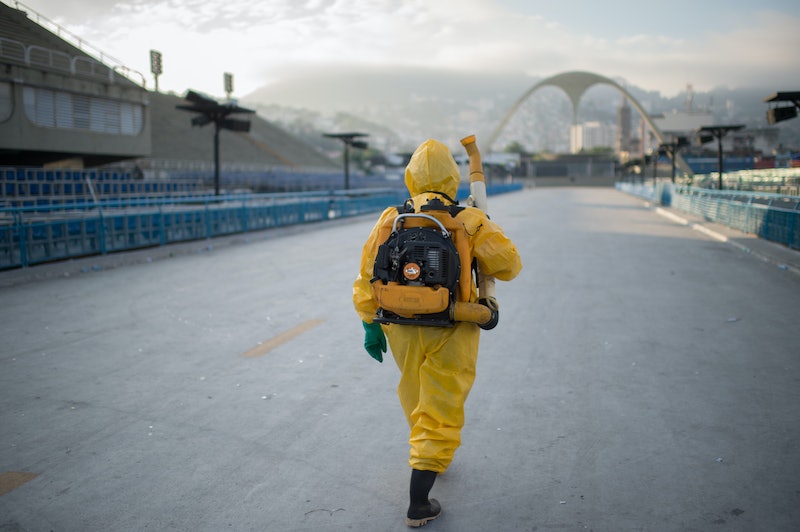 The Zika virus is sweeping through Central and South America and is possibly headed for the United States — but many people had never heard of it before this recent pandemic. The virus, which is closely related to dengue and yellow fever, was once extremely isolated to a small area of Africa. So why is it called the Zika virus?

In 1947, scientists studying in the Zika Forest near Lake Victoria in Uganda isolated a novel virus in a sick rhesus monkey. The researchers were able to extract and examine the virus, which they named after its original founding location. Researchers found the virus again in mosquitoes from the same forest the next year, and in humans in 1968 during an outbreak in Nigeria. The virus remained isolated to Africa and Asia until 2007, when an outbreak occurred on Yap Island, a small island in the South Pacific that is part of the Federated States of Micronesia. Since then, the Zika virus has continued to spread, possibly aided by trends in global climate change.

"There have only been about 14 or 15 cases documented until 2007," said Dr. Marcos Espinal, the director of communicable diseases at PAHO, the regional branch of the World Health Organization. So far, there are hundreds of thousands of suspected cases in Brazil, and no less than 16,000 confirmed cases in Colombia. The WHO expects that the virus will spread to all countries throughout North and South America, excepting Canada and Chile.

Unfortunately, the virus isn't easily contained. Up to 80 percent of infected people show no symptoms, and even those who do become symptomatic are unlikely to experience much more than a mild fever, rash, and joint pain. Because it's transmitted through mosquitoes, there is only so much precaution someone can take to avoid the virus. There's also a possibility that the virus is sexually transmitted, which will make it especially difficult to contain for anyone who is asymptomatic.

The United States is reportedly working on a vaccine to prevent further transmission, but the process of creating a vaccine is notoriously slow — it could be years before a potential vaccine is ready for human use and even longer before its effects can be demonstrated. In the meantime, the risk of microcephaly, a condition in which babies are born with abnormally small heads, and Guillan-Barré syndrome, which causes muscle weakness and paralysis, have both linked to the Zika virus in Brazil. The threat of this once-contained virus is now causing a multi-national outbreak, and its effects could have severe, long reaching consequences.

More like this
How To Fight For Reproductive Rights, Based On How Much Time You Have
By Courtney Young
The Music Industry Continues To Fail Black Women
By Precious Adesina
Sarah Everard’s Killer Wayne Couzens Is Appealing His Whole-Life Sentence
By Sophie McEvoy
The Remarkable True Story Behind C4's 'The Man With A Penis On His Arm'
By Sophie McEvoy
Get Even More From Bustle — Sign Up For The Newsletter