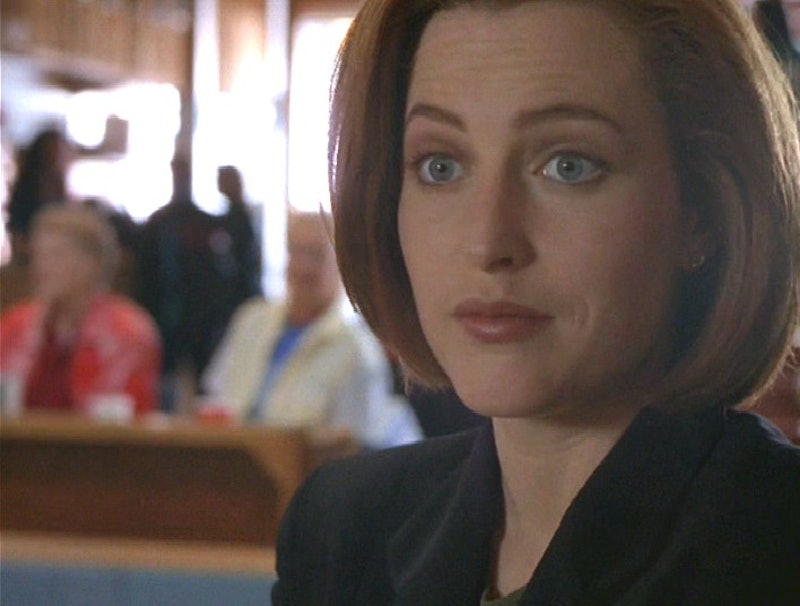 If you grew up in the '90s, chances are you spent much of the decade in front of the TV. Sure, we played outside a lot more than kids do these days, but the shows that aired during the '90s were, for the most part, good, clean fun. Not only that, but they fit into one of two brackets: original and thought-provoking, or heartwarming and slightly cheesy (or sometimes all four). While many of the shows I loved as a kid are totally products of their time and seem really dated when watching now, some of my most beloved '90s TV series hold up just as well in 2016, which is a pretty impressive feat.

It's hard to believe that the '90s were over more than 15 years ago — I feel super old just thinking about it, really — and technology has come a really long way in that time. That means it's pretty hard for a series to still seem just as modern and enjoyable now as it did back then, but it's not impossible. I'm nostalgic to a fault, so I've watched a lot of my favorite childhood shows again as an adult, and these are the ones that are just as good today as they were in my younger years:

Does any show hold up as well in 2016 as it did during its original run as Friends? The characters are just as good, the jokes are just as hilarious, and the show is overall just as entertaining as it was when we were kids — if not more, since we probably understand a lot more of the humor now.

The Simpsons is still going strong, which speaks to just how good it is. The series actually started all the way back in 1989, and it's been hilarious ever since day one. I wasn't actually allowed to watch this when I was a kid, though I did anyway and loved it. How could you not? It's crude, it's rude, and it's really, really funny.

Who among us didn't want to be Angela Chase (or feel like we already were)? While the episode only got a short-lived 19 episode run back in 1994-1995, it will live forever in our hearts as a painfully accurate depiction of teenage angst, and I'm so glad it existed.

E.R. was the Grey's Anatomy of the '90s, and you can't go wrong with a good medical drama. Tragedy, trauma, drama, love... E.R. had it all in spades. This one especially holds up now, and makes a great re-watch or even first watch if you like hospital-based serials (which... I guess is a genre).

Ignore the reboot (please, for the love of God — it's painfully worse than the original) and sink into the wonderfully complex, beautiful original series that was such a highlight of the '90s. Mulder and Scully will forever be etched in my memory and heart and The X-Files is one of the very best mystery series EVER, and the best from the '90s.

Sure, the terrible fashion does make Seinfeld dated, but the writing and the characters are top notch and just as hilarious in 2016, particularly because there's never been another show like it. It's quirky and downright ridiculous at times, which only makes it even more endearing.

Star Trek: The Next Generation

It's not all that difficult for a series set several hundred years in the future to remain timely (or future-y), but Trek fans know TNG is where it's at. Sure, in 2016, we could probably muster up some better CGI, but that doesn't even matter. It's imaginative, introspective, and just really, really good (especially if you like aliens).

I know a lot of people would say that Will & Grace is a bit hackneyed now and that characters like Karen and Jack are caricatures that border on offensive, but whatever. The show was hilarious, Karen Walker was one of the best characters ever on TV, and the friendship between Will and Grace was totally heartwarming. This is another show that's never been remade or ripped off in any way, which makes it all the more endearing.

If I have to explain the significance of Law & Order, then shame on you. SVU might be my main jam, but the original will always have a place in my heart (and on my TV in syndication).

King Of The Hill

Completely underrated, if you ask me. King of the Hill had some of the best one-liners in TV history. If you could get past the whole redneck aspect of it (or actually embrace it, which is kind of the point), then you'd literally never stop laughing.

This one is a bit of a cheat since it started in 1998, nearly at the end of the decade, but this is my list and I can include what I want to! In no way was Sex and the City at all realistic to what life in New York is like — believe me, I'm living it — but that doesn't mean it wasn't totally entertaining and a great ode to female friendship. That's something that will never grow old, no matter how much time passes.