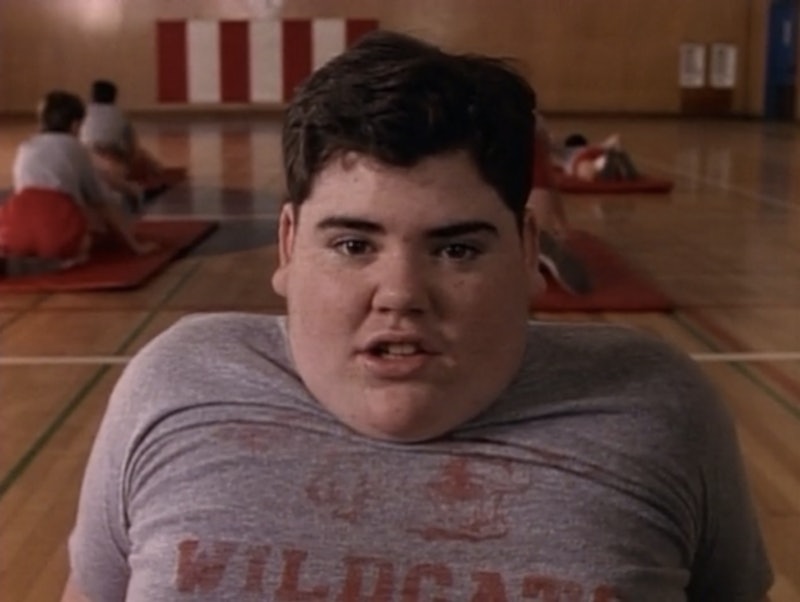 Last Fall, Nickelodeon announced that they would be playing old favorite '90s shows for a programming block called The Splat, and I was super excited to reminisce about my childhood shows. One show I always loved was Salute Your Shorts, which ignited my desire to go to summer camp because it looked like so much fun, but alas, my Latin parents rarely even let me sleep over at my best friend's house down the street. Anyway, with the current wave of '90s nostalgia in full swing, I often think about the whereabouts of the people who were so prominent in my young life, for example, where in the world is Donkeylips from Salute Your Shorts these days?

Summer camp themed shows were some of my favorites (Bug Juice was a steady second to Salute Your Shorts). Since they showed something I never got to experience myself, so I got to live vicariously through them. On Salute Your Shorts, Donkeylips was the unsung hero and clumsy camper who always provided comic relief and was the nerdy "Sponge" Harris' closest friend at camp. And he is definitely a fan favorite, even over 20 years later. Now that Salute Your Shorts is almost 25 years old, I decided to see what actor Michael Bower, aka Donkeylips, is up to now.

He Is Still Acting

A quick look at Michael Bower's IMDb page shows that he's steadily been working on small parts on television and film throughout the years, including stints on Friends, The X-Files, Weird Science, and much more. His most recent role was in the Amazon original show, Cocked.

He Can Still Sing The Epic Theme Song

I just played this video and every word came back to me. I am sure it will creep out your subconscious, too.

He Was In An Angel Haze Music Video

He Was Part Of The Cast Reunion

The kids of Camp Anawana reunited for a panel at the Everything Is Festival in Portland in June of this past summer, and Donkeylips proved to be one of the consistent fan favorites.

He Is Also A Rapper?

I stumbled across this SoundCloud for "Mikey Ray Bower", which links to all his official sites and well, it certainly seems like Donkeylips had a quick little side career as a rapper.

Bower started his career with an epic television show as a kid, and it doesn't look like he's ready to retire anytime soon.