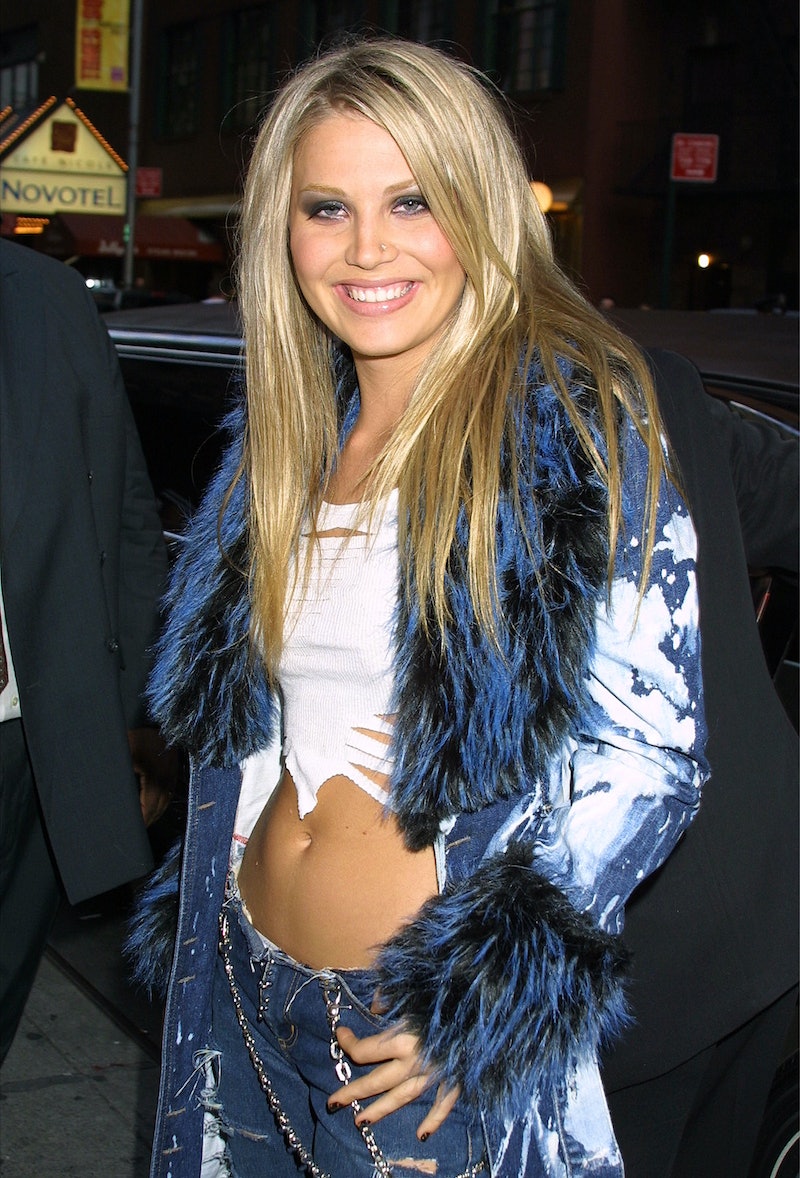 The early 2000s marked a shift towards the celebrity culture that we know (and love) today. It was a time when tabloids were more popular than ever, and thus tabloid culture and the desire to know the whereabouts of celebrities truly swelled. Celebrity blogs were only in their beginning stages, and the formation of TMZ changed the game upon its birth in late 2005. It's bizarre to think back to a time when celebrities didn't have the option of Tweeting and Instagramming their every thought to their adoring fans, and had to rely on promotional efforts to keep their name and projects in the public eye. Since that shift is over, there are many celebrities from the early 2000s that you've already forgotten about, simply because they weren't able to keep their popularity alive.

These celebrities are a relic from a different time: when an iPhone was a Sidekick, mix CDs were a Spotify playlist, and Kim Kardashian walked around wearing a Juicy Couture tracksuit and Ugg boots in the name of fashion. Yep, back then, celebrities managed to wear trucker hats and Tiffany bracelets at the same time and it was not only accepted, but widely considered the epitome of all things trendy. Here are some of the top celebrities from the early aughts that you've likely forgotten about since then.

If ever there was an example of an unlikely celebrity, it was definitely William Hung. He wasn't a great singer, and I'm not sure Ricky Martin (or anyone with ears) ever recovered from his ear-splitting version of "She Bangs," but no one can deny that the guy had heart, and his time as a cultural sensation was brief yet truly bizarre.

In further proof that our love for tacky reality TV knows no bounds, Joe Millionaire (real name: Evan Marriott) went on a bunch of dates posing as a guy who happened to inherit a ton of money to see if that was why women liked him. Spoiler alert: He was actually just an average Joe construction worker, and he did manage to find love with the final contestant... until they eventually split.

If you didn't cry every time you heard "Graduation (Friends Forever)" in the year 2000, are you even human? This song still makes me well up with tears. Put on the version with the real-life high schoolers talking about graduating and I'm done for. I need a moment...

Though his ex-wife is still one of the most famous women on the planet, her second husband's fame waned quicker than you can say "Jenny From the Block." (If you didn't know, he's one of the dancers in the video!) The two were a tabloid staple until she hooked up with fellow A-lister Ben Affleck. The original Bennifer was coined, and this guy was relegated to an appearance on Season 2 of Keeping Up with the Kardashians .

In the early 2000s, there was no shortage of young blonde pop singers, so even though Willa Ford (real name: Amanda Williford. Clever.) tried her darndest, her bad self simply wasn't bad enough to cement her place in pop superstardom.

Technically, he's an oil heir who became famous around the dawn of TMZ thanks to his much-more famous friends Mischa Barton and Paris Hilton, but he took his rightful place in pop culture history by calling Lindsay Lohan a "firecrotch." He had some legal drama and continues having brushes with the law in more recent times, placing him high on the list of guys you'd want to take home to mom and dad, for sure.

Before E! was the land of all things Kardashian, the celebrity network gave us The Anna Nicole Show, a glimpse into the weird world of the late Anna Nicole Smith. Bobby Trendy was her interior decorator, and the two often clashed due to his over-the-top taste for the finer things, giving true grit and drama to the show. Currently, Trendy sells his wares on Etsy, which is so 2016 of him, actually.

Reality TV villains are a dime a dozen now, but back in 2004, Omarosa was the reality TV villain after her time on the original season of The Apprentice. She enjoyed stirring the pot and bringing the drama, and her name brings back fond memories of a time when Donald Trump was chasing reality TV fame instead of political domination. My, how times have changed!

His star seemed to shine so bright after he was crowned the runner-up on the inaugural season of American Idol, but then From Justin to Kelly happened. Kelly Clarkson managed to escape unscathed, but Guarini, on the other hand...

Macy Gray enjoyed a lot of success with her single "I Try," even winning several Grammys in 2001, and she seemed poised for long-term popularity in the music industry. Her unique voice earned her lots of fans, but for some reason, she never caught on past the early aughts, despite steadily releasing music since.

Most people actually forget that Ruben Studdard actually won the second season of American Idol since the runner-up, Clay Aiken, somehow managed to eclipse his fame with legions of "Claymates" and political aspirations. At least we'll always have his "sorry for 2004," though...

He starred in the film adaptation of a Nicholas Sparks novel (A Walk to Remember, hello!) as the cool guy who falls for the cancer-stricken nerd (Mandy Moore) and won our hearts while simultaneously making us bawl our eyes out. He bought her a star. I'm still not over it.

Jesse Bradford starred in a slew of popular teen flicks back in the early aughts, including Bring it On and Swimfan (obvs), but he's maintained a much lower profile since. Though he does have a pretty steady acting career, he's never quite reached as much fame as he did back then.

Eve was seriously so cool back in the day. She was the tough chick with the velvety voice and unique style (the woman had tiger claws tattooed on her chest, for crying out loud) but for some reason lost much of her mainstream success as time passed. Still, I'm all about Eve.

He was a teen heartthrob du jour in the late '90s and early '00s, but these days, he acts intermittently while focusing on the religion he founded called Full Circle. Seriously.

He spiced up prime time as a teenage gardener involved in a romantic entanglement with a Desperate Housewife, but alas, he and his meticulous eyebrows aren't gracing the pages of People's sexiest lists any longer.

Whether they amassed fame on a reality show or through their chart-topping hits, these celebrities need to come out of hiding and bring a dose of the early 2000s back into our lives. I, for one, would be eternally grateful to have them!