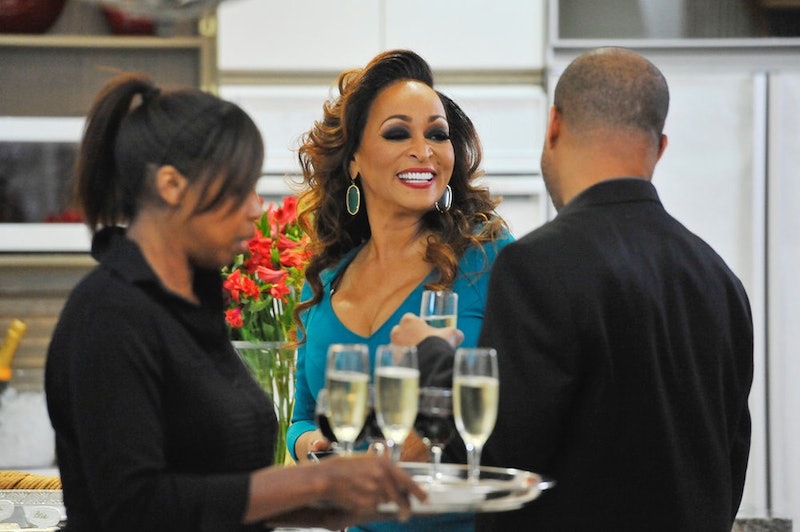 The ladies of Real Housewives of Potomac really set the tone right from the start of their show. They all claimed that Potomac is exclusive, and you need a lotta cash or a fancy pedigree to live there. But, is that just their opinion or is Potomac, Maryland as exclusive as these Real Housewives would have you believe? There's no doubt that the women on this show have what it takes to sell a Real Housewives series. They have big homes, big personalities, big money, and even bigger issues with each other. Plus, they're all affluent members in high social circles. Essentially, the women of RHOP check off every box that would probably be included on a Real Housewives application if such a thing existed.

There's also no arguing that Potomac is a very affluent town. In 2011, Bloomberg placed Potomac on its richest zip codes list, stating that the suburb's average household income is $242,441 and the average household net worth is over a million. Forbes named Potomac among the top educated cities in America stating that "Potomac is a bedroom community for lawyers, doctors, scientists and executives."

At the same time, some residents of Potomac have used social media to claim that what you see is not necessarily what you get in Potomac.

Obviously, this is the case for every city. New York City isn't always as glam as it seems. The O.C. has strip malls. Bravo doesn't promise to show the average Potomac citizen's life. Instead, it's choosing to show a very select group of people living extraordinary lives. It might not be accurate to everyone's experiences, but somewhere in Potomac, there's a crab boil to be had and a birthday dinner to be ruined.

So, maybe Potomac, the town, isn't as exclusive as the women make it seem to be, but there's no denying that these are a bunch of exclusive women. If you want to hang with them, you're going to have to go to the library, check out a book on etiquette, and never forget the words inside.

More like this
Everything To Know About 'RHONJ' Season 13
By Brad Witter
‘RHOBH’ Newcomer Sheree Zampino Is Still Close To Ex-Husband Will Smith
By Brad Witter
The Richest 'Bling Empire' Cast Member Is...
By Hugh McIntyre
G Flip Shared How They Got Romantic With Chrishell Stause & Discussed Babies
By Brad Witter
Get Even More From Bustle — Sign Up For The Newsletter