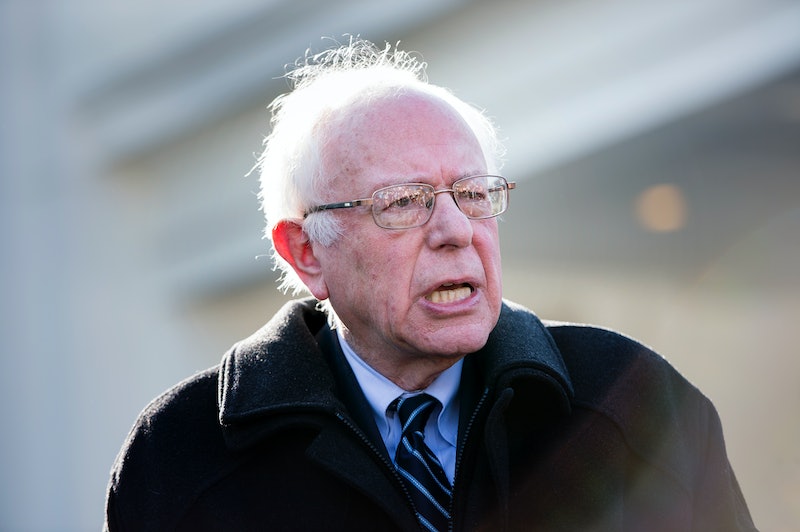 When something concerns Bernie Sanders, he speaks and people pay attention; that's why it's worth hearing Sanders' take on the GOP debate on Thursday. The self-proclaimed Democratic socialist has kept it classy over the course of this election cycle, remarking only on issues of policy, but not of character. He is certainly not one for cruel jabs or hateful rhetoric, but he's not afraid to call a spade a spade. This is why his remarks are so useful; he allows for analysis of the GOP presidential candidates and for their points to match up against his own, which affords Americans a unique opportunity to compare candidates.

In fact, some may recall that time in September 2015 when Sanders live-tweeted the GOP debate. Sure, it ended in him ultimately tiring and deciding to go home. This happened in typical Bernie fashion, of course, but regardless of his boredom with the discussions, he managed to get a few constructive items into the mix. Some may recall that he took issue with the lack of emphasis on climate change and that he was upset at the heavy attention paid to the very numerous war-mongering statements made throughout the session. Regardless, Mr. Sanders was ever-present while he was watching.

Some of his other statements included mention of Donald Trump's contributions to Social Security. For example, Sanders tweeted:

Right now, Trump pays the same amount of money into Social Security as someone who makes $118,500 a year. #GOPDebate

Many of his remarks have taken the form of criticism on the structure of the debates. As others have noted, the Democratic topics of discussion differ from the Republican format. Questions aimed at Democrats tend to stick to income inequality, climate change, and gun violence, while the Republican debates tend to discuss immigration, social issues, and terrorism. Naturally, Sanders did not miss this vast discrepancy, remarking during the GOP debate on Sept. 16, 2015:

Have you heard anyone use the word "poverty" yet? 47.7 million Americans living in poverty. No discussion. #DebateWithBernie

During this session of tweeting, he even made room for a bit of his natural Sanders sarcasm:

War, war, war. When do we get to their other major priority: tax breaks for billionaires? #DebateWithBernie

We already have the biggest military in the world, yet veterans sleep out on the streets. Will Republicans talk about this? #GOPDebate

Ultimately, with his strength and perseverance in championing issues he deems most urgent, Mr. Sanders is pretty confident about his chances of beating a GOP presidential nominee. He expressed this on Jan. 14 during a GOP debate:

The Republicans seem to think they could beat our campaign. They haven’t seen the polls. #GOPDebate

Although he has not live-tweeted any other GOP debates, he has responded to points here and there in similar fashion. It's very easy to see Sanders' concerns when it comes to crucial issues that need discussing, like income inequality, help for veterans, and climate change. Generally, his sentiments toward past GOP debates follow this format, revealing a desire to see Republicans consider and verbally examine the issues so important to his own heart and to America as a whole.