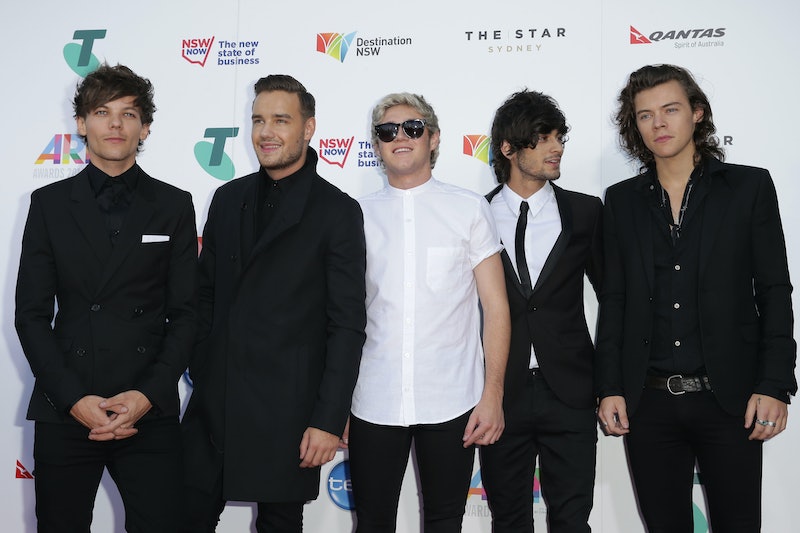 It’s been an emotional couple of months for One Direction fans, what with the group going their separate ways for a hiatus, their last album being released before their hiatus, and the sob-worthy video for “History” paying homage to the band’s time together. Really, the last thing any Directioner needs is more fuel to add to their sadness fire. But add to it Zayn Malik is — because in a recent interview about One Direction with Beats 1 Radio’s Zane Lowe, Malik spoke openly about why he left One Direction. Again. Because if you remember, he’s talked about why he left the group a number of times, and his story has changed since he left the group.

Still, regardless, Malik’s reasons for leaving the group make it sound like leaving One Direction was the best thing for him as an artist — and, for that, no One Direction fan can be that mad.

And before you say that you can, in fact, be mad at Malik for leaving the group (and for being a little unclear about his reasons for leaving), let’s remember that he may have been thinking of his fans in his earlier, softer versions of the truth. So when, in the past, Malik said that he wanted to leave the group to live a normal life, he may have been saying that just to avoid making fans sad.

Can you really blame him for that?

Because now Malik is opening up in a big way about not only why he left the famous English boy band, but also about the fact that he wasn’t that happy in the group to begin with. In the interview with Lowe, Malik says that he “kind of wanted to go, from the first year, really,” and that the only reason he joined the group was “because it was there at the time.”

Listen. Before you get all up in arms about his lack of One Direction love, think of what you would do if you were 18 years old, dreaming of a music career, and Simon Cowell said he had this great idea. I know what I would do, and that is to jump at any opportunity that music great laid at my feet. So I don’t blame Malik for going along with it from the beginning, or for opening up about his motivations now.

Especially since the move away from One Direction sounds like the best decision for his musical career. According to Malik, when he tried to give his input during the development process for One Direction, Malik says “I couldn’t give my opinion on this or that because it didn’t fit the grain of what we were or what we represented.” And you have to give this one to him: One Direction has an incredibly distinct sound, one that sounds very different from the sound of Malik’s Befour.

So, regardless of any bad feelings you might be harboring toward Malik or any frustration over his changing story, it’s clear that what he needed as an artist was to have more creative control. And leaving One Direction may have been just what he needed in order to get that.

More like this
Lisa Marie Presley Reviewed Baz Luhrmann’s ‘Elvis’ Movie On Twitter
By Grace Wehniainen
Selena Gomez Joked About Her Relationship Status In Her ‘SNL’ Monologue
By Grace Wehniainen
'Dirty Dancing's Jennifer Grey Wants Harry Styles To Be The Sequel’s Love Interest
By Grace Wehniainen
Becky G Once Had A Fear Of Speaking Spanish. Now She's Topping The Latin Charts.
By Tess Garcia
Get Even More From Bustle — Sign Up For The Newsletter