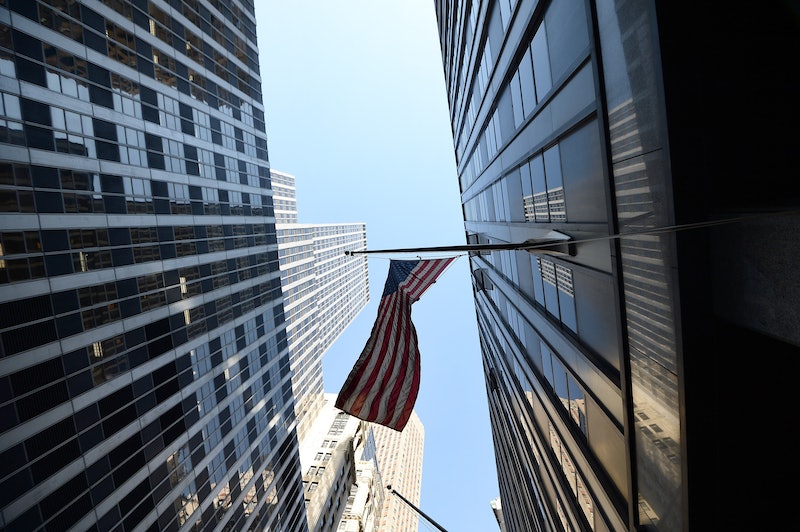 With the presidential elections approaching, the nitty-gritty of American politics is taking center stage, inevitably drawing attention to the special interests and government allegiances involved in the electoral process. And all of the hoopla is bringing one word in particular to mind — corruption. But doesn't corruption only occur in dictatorships? After all, America is a democracy. In fact, it's the epitome of Western democracy, a model for all others. Sorry to burst your bubble, but democratic practice doesn't exempt a country from being corrupt. The bottom line is that if humans are involved, some level of corruption, no matter how small, is involved. It's always lurking, prompting us freedom fighters to ask, "How corrupt is America?"

Non-governmental organization Transparency International's annual Corruption Perceptions Index has finally been released and it's here to provide an answer and help us determine just how much damage we can actually do in the upcoming election.

Before we answer that question, notice that the Index is based upon perceptions. Political scientists face the age-old dilemma of using qualitative data to create quantitative results. In other words, it's terribly difficult to measure corruption, similar to the way it's difficult to measure democracy or well-being. According to the index's methodology section, researchers measure corruption of the public sector based on collected data that's reflective of business people (most likely from the private sector) and country experts. The public sector's level of corruption is displayed by a scale of zero to 100, with zero being "highly corrupt" and 100 being "highly clean." In 2013, The Guardian addressed the problem that comes along with assigning rankings based on relatively subjective data.

In response to the criticism, Transparency International justified its methodology, saying:

There is no meaningful way to assess absolute levels of corruption in countries or territories on the basis of hard empirical data. Possible attempts to do so, such as by comparing bribes reported, the number of prosecutions brought or studying court cases directly linked to corruption, cannot be taken as definitive indicators of corruption levels. Instead, they show how effective prosecutors, the courts or the media are in investigating and exposing corruption. Capturing perceptions of corruption of those in a position to offer assessments of public sector corruption is the most reliable method of comparing relative corruption levels across countries.

According to this year's data, the United States ranks number 16 on the corruption spectrum that encompasses 168 nations, where a ranking of one represents the least corrupt country and 100 represents the most corrupt. Though the United States maintained its spot near the front end, it dropped three points and is just narrowly surpassed by Austria, which is beaten by Belgium. As for the number one spot, the cake goes to Denmark which received 15 points more than the United States did this year. Jose Ugaz, Chair of Transparency International, commented on the results, which suggest no country in the world is completely void of corruption, saying:

The 2015 Corruption Perceptions Index clearly shows that corruption remains a blight around the world. But 2015 was also a year when people again took to the streets to protest corruption. People across the globe sent a strong signal to those in power: it is time to tackle grand corruption.

On its official website, the NGO mentions that although corruption runs rampant, more countries, such as the United Kingdom, Senegal, and Greece, have improved than deteriorated in the past few years, signaling hope for the years to come. Additionally, the website draws an important correlation between violence and corruption, two traits that seem to go hand in hand. For example Afghanistan, the war zone that's being infiltrated by extremist militant groups, is one of the 10 most corrupt countries in the world. But Transparency International looks beyond a country's internal affairs, taking a more thorough approach to a given country's role as a global player.

For example, it takes into account allegiances and trade between countries — especially between relatively "clean" countries and highly corrupt ones. NPR's coverage of the ranking points out that domestic well-being doesn't translate into moral integrity on the international scale. The news site reports that according to Transparency International, over half of the nations belonging to the Organization for Economic Co-operation and Development have violated "international obligations to crack down on bribery by their companies abroad."

Statistical accuracy aside, the study helps keep nations accountable for both their domestic and international actions. In comparison to the countries ranking below the United States, Americans are fortunate. However, there are immensely complicated problems that remain unsolved. Being conscious of those problems, as opposed to living in ignorance of them, is the first step to creating change and the Corruption Perceptions Index helps to make that first step possible. Furthermore, the fact that the United States is corrupt should encourage citizens to make their way out to the ballots this election season and cast their votes so they may have some say over who calls the shots in this country.