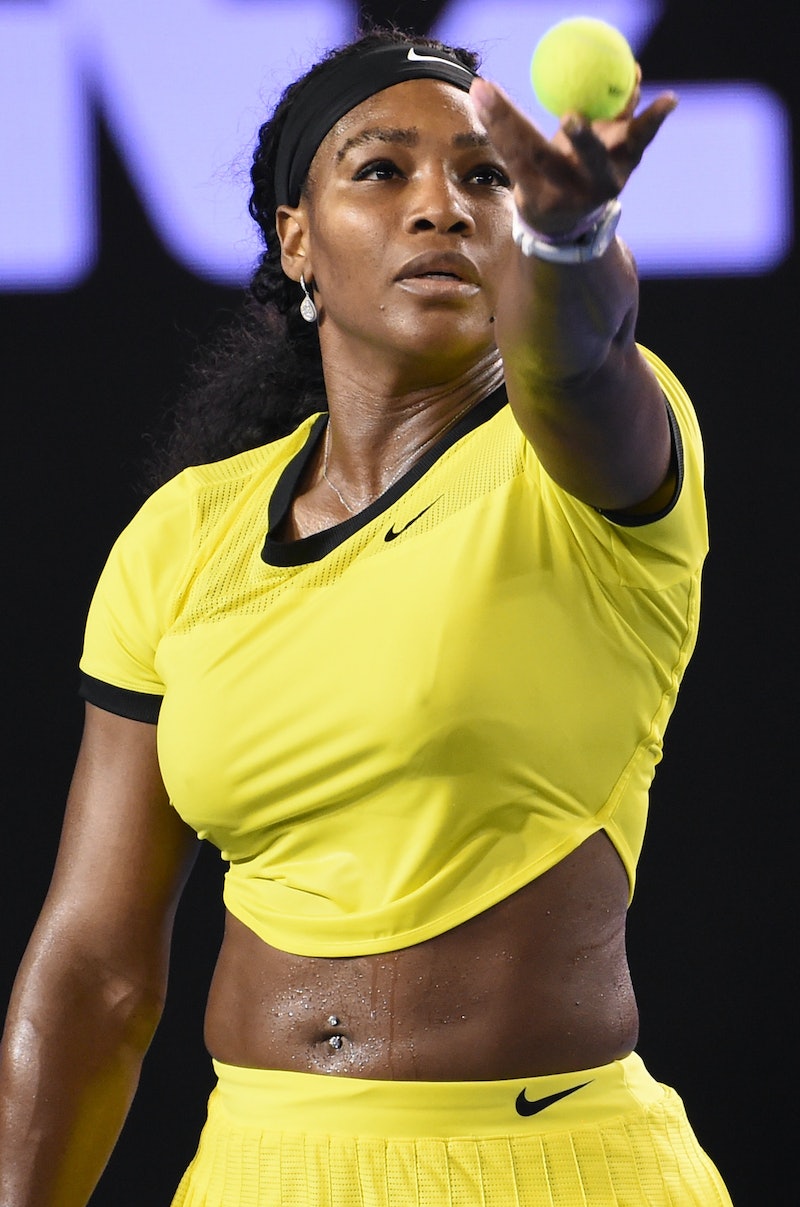 Serena Williams had a truly spectacular year in 2015, and so far it seems that her 2016 tennis season might be just as amazing. Despite issues during the lead up to the tournament and drawing a very challenging position, Serena Williams is headed to the Australian Open finals and looks to be as unstoppable as ever. So now that we are starting a new tennis season, what are some things you should know about Serena and her potentially record-breaking season? Well, whether you're a newbie or a life-long tennis fan, there's lots to keep in mind.

Last year, Serena Williams was proverbially on fire. She started the season with 18 career Grand Slam wins, which put her within striking distance of a major achievement: Tying tennis legend Steffi Graf for record of most Grand Slam victories during tennis's Open Era. And as the season progressed, it seemed likely Williams would manage it. She won the first three Grand Slam titles of the year, and by winning Wimbledon, she also held her second "Serena Slam" — meaning that she was the reigning champion at all four Grand Slam tournaments, even though she hadn't won them all in a single calendar year. As she advanced steadily through the US Open, she seemed unstoppable — until she lost in the semi-finals in a shocking upset to the relatively unknown player Roberta Vinci.

It's a whole new year, though, and there are four whole new chances to win Grand Slam titles. Serena's year seemed to be off to a tough start after she was forced to withdraw from the Hopman Cup due to knee problems; then, once the Australian Open arrived, she drew a tough position in the tournament — one that would probably force her to face off against former world number one player Caroline Wozniacki in only the fourth round.

But Williams has been powering through with no sign of being off her game. She handily defeated her main rival Maria Sharapova in the quarter finals — though can you really call it a rivalry when Serena has won their last 18 matches? And now Williams is headed to the final on Saturday for a championship match against Angelique Kerber for what could be her 22nd Grand Slam victory, which would put her in the history books alongside Steffi Graf.

So what else should you know going into this weekend's match — and into the rest of the season? Well, here are some numbers to keep in mind.

4 — The number of Grand Slams every year. In the order they are held, they are: The Australian Open, the French Open, Wimbledon, and the US Open.

22 — The record for the number of Grand Slam titles in the Open Era, currently held by Steffi Graf.

17 — The most Grand Slam titles a man has ever won, currently held by Roger Federer.

104 — The number of times the Australian Open has been held.

45,000 — The approximate number of tennis balls used during the Australian Open.

6 — The number of times Serena Williams has won the Australian Open.

6 — The number of professional matches Williams and Kerber have played; Williams has won five of them.

0 — The number of sets Serena Williams has lost so far in the 2016 Australian Open.

27 — The number of matches Serena has played against her sister Venus.

34 — Serena Williams's age; she is the oldest player to hold a number one ranking.

277 — Total number of weeks Williams has spent ranked as number one.

14 — Serena's age when she played her first professional tennis match.

3:30am — The time, Eastern Standard, that the Australian Open women's final begins.

15 — The number of weeks until the French Open.

Everyone mark your calendars! It's going to be a tennis season to watch!

More like this
What Is Jeanie Buss' Net Worth? The Lakers President Is Uber Rich
By Hugh McIntyre
Jake Daniels Just Became The UK’s First Active Football Player To Come Out As Gay Since 1990
By Sam Ramsden
Kourtney & Travis Crashed His Daughter’s TikTok Live In Their 2nd Wedding Outfits
By Grace Wehniainen
When Was 'Bling Empire' Season 2 Filmed?
By Alyssa Lapid
Get Even More From Bustle — Sign Up For The Newsletter