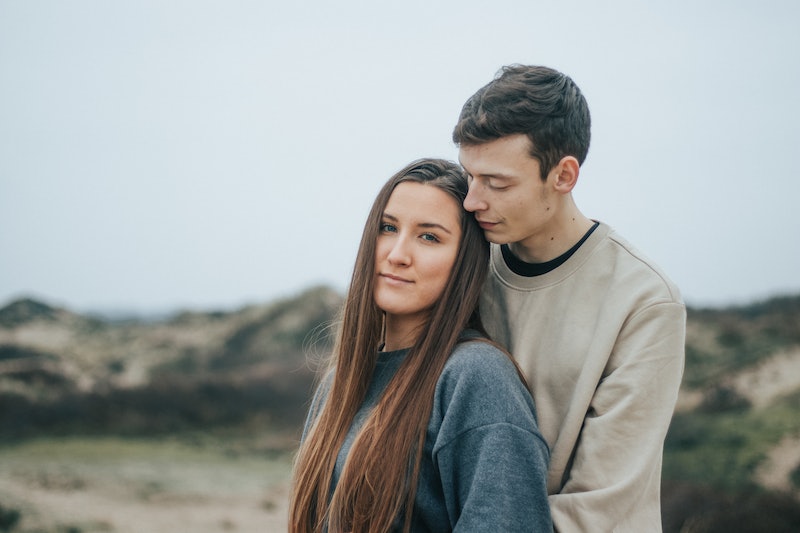 You know what they say about stereotypes, right? They're offensive because they are, at least to some degree, true. Now, I prefer to think that people just become offended because everyone likes to think of themselves as the exception to the norm, but whether or not you're admittedly a Type A or a Type B kind of person, you can probably recognize which of the two your personality more closely aligns with. And if you're one of those people who is completely one or the other — and totally proud of it — you'll definitely recognize the #struggle that is dating someone who is the opposite.

Sure, there are a lot of stereotypes about what makes someone "Type A" or "Type B" — the former being meticulousness and routine and a touch of workaholic hysteria. Type B, on the other hand, is more laid back, messy, "get it done when I can" kind of attitude. (If you were to identify them as Myers-Briggs' types, A = J and B = P. Anybody familiar with type, bow down to how fantastic that analogy is). I digress: the point is that for the sake of this article, we're going to stick with the very obvious descriptors for "Type A" people, whether or not they flawlessly apply to every single person ever.

Relationships are hard, and things such as personality types — however valid they may be — can help inch us toward understanding other people, and being able to be in happy relationships with them. To illustrate the flip side a bit, here are the most major struggles of being someone who is "Type A" dating someone who is "Type B." They may say that "opposites attract," but the truth is that they attract and then annoy the crap out of each other forever more.

You Want An Outline Of How The Relationship Will Progress... They Want To "Let It Happen"

You want to know where this is going, and preferably when it will be going there. It's hard for you to open up and really embrace a relationship unless you understand what you're working toward (if anything at all).

Sure, it's inspiring to imagine just "letting the laundry go" in favor of a more relaxing Sunday afternoon, but after a while, you'll just end up annoyed because they let the laundry go until Sunday afternoon. The details are not just details to you — the little things are the most important things. So, yes, it matters that you stick to routine and set the table a specific way.

Consuming, All-Over-The-Place, Movie-Esque Romance Is Not Romantic To You

You don't really see that much appeal in losing yourself in someone for days and weeks and months at a time. You prefer to integrate someone into your life beautifully and intimately. As in: you want to go out for a sexy Saturday night but then, you know, be ready to get back into the swing of normal life come Monday.

You say things like "Well, if we had kids..." and then pose a hypothetical situation and see how they react to it. You're not trolling, even if you aren't 100 percent serious about actually doing it. You're just trying it on for size.

You Overthink Every Interaction, Especially At The Beginning

Right, but what did that odd comma placement in the third text he sent mean? Like, what does it reveal about his subconscious projections and biases and secret opinions about me? It's done, I knew it. <– Your inner monologue, 99.9 percent of the time.