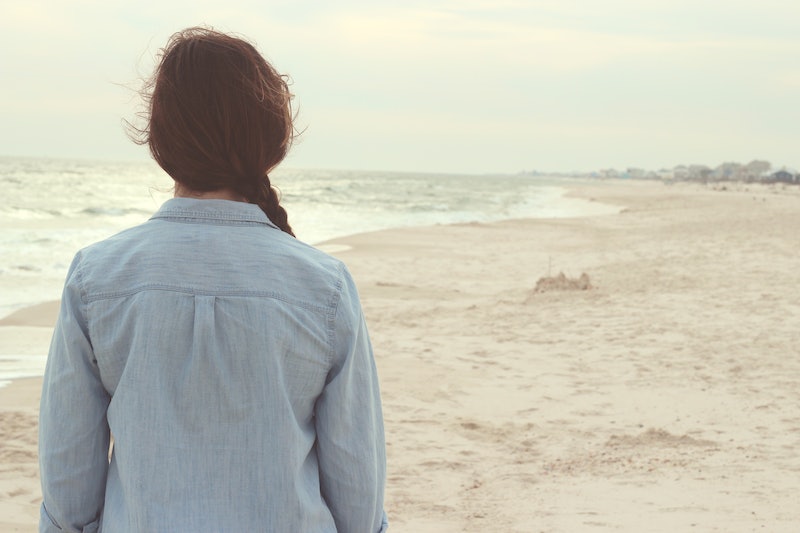 If someone asked you what your biggest regret is, how would you answer? Would you even want to answer? It's an intensely personal question, so it can be difficult to face head-on. In order to give people the emotional space they need to reveal their deepest regrets, YouTube channel A Plus (as part of Strayer University's Ideal Year initiative) asked people to write them on a chalkboard that they left in the middle of New York City. People were welcome to contribute their regrets, or just to admire the bravery of those who had already shared theirs.

There's no denying that regret is one of the feelings that can hit us the hardest. So what kinds of things do we tend to regret? A national survey found that some of the most common sources of regret amongst Americans include romance, family, education, and career. In terms of how people think about regrets, there are two main schools of thought: One being things people wish they'd done, but didn't; and the other being things people did, but wish they hadn't. "The difference between the two is often a psychological one, because we can frame the same regret either way — as regret about an action: 'If only I had not dropped out of school;' or as a regret about an inaction: 'If only I had stayed in school," writer Vaughn Bell told Business Insider. Either way, though, the thing at the center of it all is one word: "Not." And as this video indicates, much of the time, we regret the road not taken.

Here are five of the most touching regrets featured in the video; scroll down to watch the whole thing. Warning, though — you might want to break out a new box of tissues for this one!

1. "Never Going After My Dreams"

One man wrote that his biggest regret was, "Never going after my dreams." I think all of us can probably empathize with that, right? The good news is that this one is totally preventable! You can always choose to go after your dreams; it's never too late.

One introspective young man told A Plus that he was homeless not too long ago and realized that it might have been because of the pain he caused others that he ended up in that position. "If I hadn't hurt the people that I had, maybe I wouldn't have been [homeless]," he said.

One woman got emotional as she shared her story of regret. "I did all of the things that were like, Plan B. I just never did it," she said.

4. "Staying In My Comfort Zone"

A garbage man stopped by to write on the board, who greeted the crew with a sweet smile. But let this again serve as a reminder that we don't have to stay in our safe zone, we can choose to break free and take risks.

This one really pulls at your heartstrings, doesn't it?

Watch the full video below for more — and to find out what happened when the people were given erasers.

More like this
The Case For A Hard Launch Summer
By Morgan Sullivan
TikToker Kate Glavan Has The Antidote To The “Hot Girl Walk”
By Alexis Morillo
What Is “Night Luxe?” Breaking Down TikTok’s New Aesthetic
By Courtney Young
TikTok Is Using A ‘Love Island’ Sound To Expose Their Weird Crushes
By Courtney Young
Get Even More From Bustle — Sign Up For The Newsletter