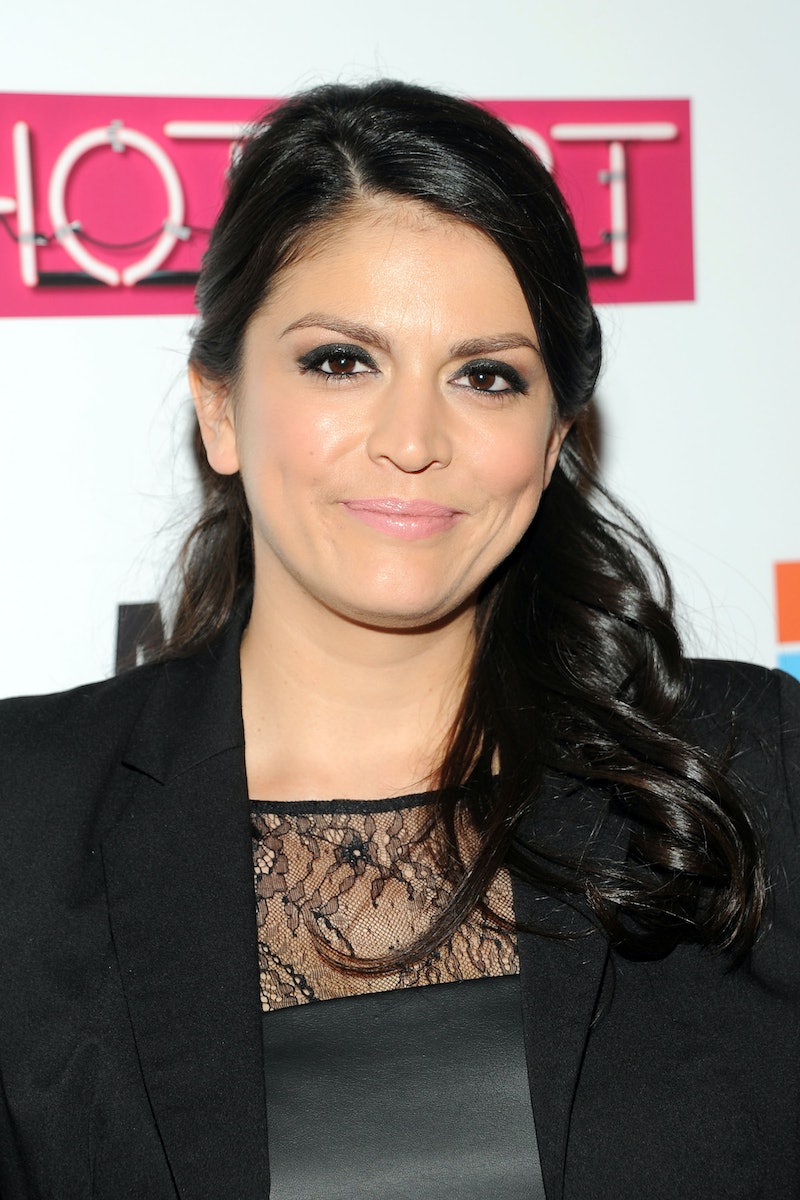 Announcement: Cecily Strong is not pregnant. But of course the truth didn't stop various jerks on Twitter from speculating that maybe she had a bun in the oven after her most recent Saturday Night Live performance. Having watched the episode I don't really understand where the rumor is coming from. Strong wore a stunning body-hugging dress in the "Lamborghini" sketch that should have dissuaded even the most in-denial pregnancy conspirators. Perhaps they weren't watching the same show as me. Perhaps they're assuming that since Amy Poehler sat behind the Weekend Update desk when she was pregnant than automatically Strong must be pregnant too because why else would they put her behind that desk? That's the pregnancy desk! (See, I can spread ridiculous rumors too.)

Usually people are taught at a pretty young age that asking a woman if she's pregnant is basically never okay unless she's actually wearing one of those "baby on board" t-shirts, and also maybe not even then because maybe she's wearing it ironically or it's laundry day or something. But of course, people think that Twitter allows them to say whatever they want including talking about whether or not a woman is pregnant and then actually tagging her so that if she's not pregnant, at least she knows you think she is.

Let me tell you something Brian, that's certainly not the most subtle way to ask.

As the rumors continued to fly, Strong took matters into her own hands and responded on Twitter saying:

Which she followed up with this:

And she's right. It's totally barfy. Even if she were pregnant, it's certainly none of our business unless she wants to tell us. And even then it's still not really our business because we need to just leave people and their babies alone.

Fortunately for Strong, she has some awesome friends who stood up for her in a comical way when the rumors continued to persist.

But even Strong's Twitter denial hasn't persuaded some assholes like this guy who still felt entitled to express his opinion that Strong is his second favorite cast member and according to him, gaining weight.

Dude. No. Take it from the Girl You Wish You Hadn't Started a Conversation With at a Party. Even she wouldn't be so crass.

More like this
Sandra Bullock, Girlboss Extraordinaire
By Matt Harkins & Viviana Olen
Spice Girls’ Net Worth: The Richest Member Is Wealthier Than The Rest Combined
By Hugh McIntyre
Twitter Is In Utter Meltdown After 'Derry Girls’ “Poignant” Finale
By Sam Ramsden
The WAGatha Christie WhatsApp Messages Have Been Released — & They're Wild
By Sam Ramsden
Get Even More From Bustle — Sign Up For The Newsletter