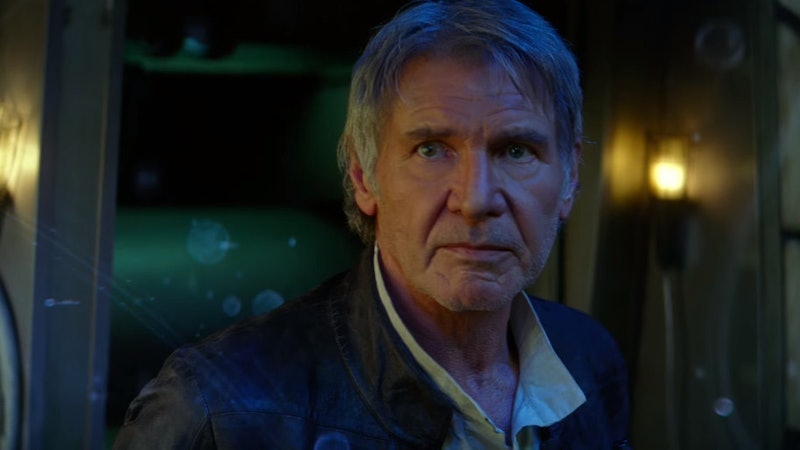 Following the record-breaking box office success that was Star Wars: The Force Awakens, it's no surprise that Walt Disney Pictures — who bought LucasFilm from George Lucas in 2012 — is going to be making the most out of the rapidly growing fandom. So, what better way to do that than by creating not one, but two, of their very own Star Wars- themed theme parks in both Anaheim, California's Disneyland and Orlando, Florida's Walt Disney World, right? Well, Star Wars fans, you will be happy to know that what was originally just an announcement and some concept art at the D23 Expo this past August is actually rapidly growing into something we can experience for ourselves pretty soon. Disney is enlisting Harrison Ford aka Han Solo to unveil what we can expect in the new Star Wars theme park on February 21st. Eek!

The updates on the highly-anticipated parks will be revealed in accordance with ABC's The Wonderful World of Disney: Disneyland 60 special event airing to help celebrate the 60-year anniversary of Disneyland in Anaheim, California. And, while it's not clear as to what exactly Harrison Ford will be showing us, what Star Wars fans do know so far is that there will be a cantina you can visit and a ride that allows fans the chance to fly the Millennium Falcon. So, at this point, it's hard to even see how anything could possibly get better!

However, just the thought of Han Solo himself introducing us to what could be his Millennium Falcom or, perhaps, helping us explore all of his favorite places in the galaxy (far, far away), seems to make all of the pain go away. Because, despite his fate in Star Wars: The Force Awakens, I have a feeling both Harrison Ford and a characterization of Han Solo will be frequent visitors in the two upcoming parks. And, as Disney chairman, Bob Iger, announced at D23: "It's going to be a whole new level, a whole new galaxy."

Here's to saving up all of my money so that I can live alongside Han Solo, Princess Leia, and Luke Skywalker for the rest of my life. And here's to tuning into ABC on February 21 at 8 p.m. EST to get a first taste of my new home.