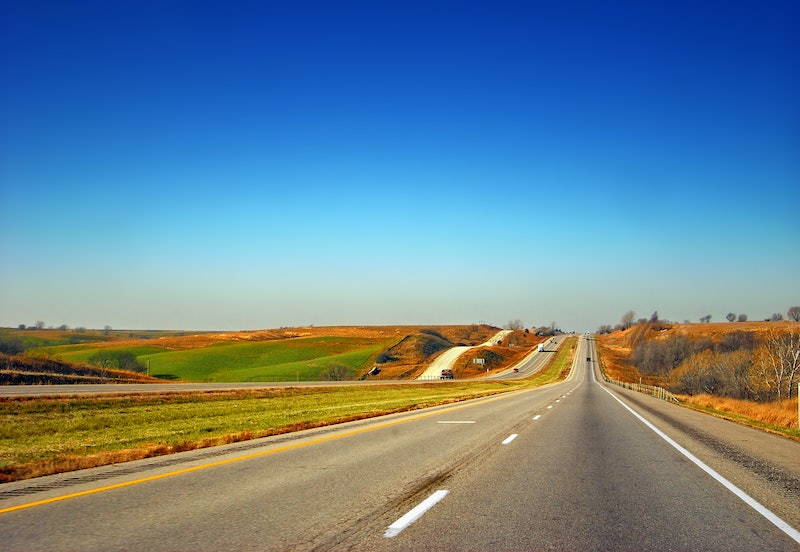 On Monday, voters all over Iowa will come together in schools, church basements, and restaurants to participate in the democratic process. Iowa's caucuses are the first step in the presidential election process for both Democrats and Republicans. Winning the state holds symbolic significance, but is in no way a guarantee of future electoral success. Though it's located in the center of the country, Iowa is nowhere near a microcosm for the whole of America. It also isn't the only state that holds caucuses; there are 12 other states and three territories where caucuses are used to determine how party delegates will be allotted at the national conventions.

Caucuses are different from primaries in one crucial way: Neighbors gather together in the same space to debate the policies and relative merits of candidates, instead of just checking a square on a ballot. It was the way that parties used to choose candidates before ballots became widely adopted in the interest of making the democratic process more open and fair. While it may seem that the caucus system is an impractical holdover from our days as a frontier nation, low advertising costs in these largely rural areas and a voting process framed as a neighborly discussion means that the attention campaigns give to voters in caucus states can pay off big time on the national stage.

Nevada will hold their Democratic caucus on Feb. 20, with the GOP contest scheduled for three days later, on Feb. 23. The Nevada caucus is the third contest for Democrats and the fourth for Republicans. In 2008, Hillary Clinton routed Barack Obama, capturing 43 delegates, causing many to question whether his candidacy had legs beyond Iowa and New Hampshire. This year, 39 delegates are up for grabs in Nevada on the Democratic side, and 30 for the GOP.

Alaska's caucuses will be held on two separate dates. Republicans will caucus on March 1, otherwise known as Super Tuesday, while Democrats will hold their event on March 26. Sixteen delegates are up for grabs on the Democratic side, whereas Republicans allot 28 to the Last Frontier. Alaska Republicans also have a unique test for candidates after caucus-goers have their say: They must collect 13 percent or more of the total vote in order to qualify for any delegates at all.

American Samoa is an unincorporated territory in the South Pacific made up of five islands and two coral atolls. If you're brave enough to handle the almost nine-hour flight from the Big Island of Hawaii, the remote territory is roughly the size of Washington, D.C., and it has 10 Democratic delegates up for grabs on March 1. Interestingly, it seems Republican delegates will not hold a binding caucus for their delegates this year, instead holding a "territorial convention" on March 22, meaning that GOP caucus-goers in American Samoa won't really have that much of a voice in the race as it is.

Colorado voters also caucus on Super Tuesday, where a total of 77 delegates are up for grabs in the Democratic contest. Both parties in Colorado hold closed caucuses — meaning that only registered party members can take part in the process — but a rule change last year in the state's Republican party means that caucus-goers will have effectively no official voice in the nominating process whatsoever, as delegates will be free to support whichever candidate they feel is best during the GOP convention in Cleveland.

Democrats and Republicans in Minnesota will both caucus as part of the Super Tuesday crowd on March 1, and unlike in Colorado, will both hold open caucus events. All registered voters, no matter which party they support, pick which caucus they'd like to attend, and then participate accordingly. Democrats will be competing for 94 delegates; Republicans, 38.

Wyoming is another state which is splitting up their closed caucus process over two days. Republicans will caucus on Super Tuesday, but Democrats will have to wait until April 9. Democrats allot 17 delegates to Wyoming. On the Republican ticket, just as in Colorado and American Samoa, the results of the Wyoming caucus won't have any impact on the distribution of its 29 delegates.

On March 5, four days after the rush of Super Tuesday, Kansas Democrats will hold a closed caucus to decide how to allocate their 37 delegates for the convention in Philadelphia. Republicans will also decide, using a closed caucus, how to split up the 40 delegates at stake. Just like in Alaska, a minimum threshold is in place on the GOP ticket, meaning that candidates with less than 10 percent of the vote will not receive any representation in Cleveland at the nominating convention.

Kentucky Republicans will be using the closed caucus system on March 5 for 45 delegates this year. Democrats have a closed primary scheduled for May 17, where their 52 delegates will be assigned to candidates.

Maine is another state that splits up the Republican and Democratic caucus dates, but they aren't very far apart. Republicans will participate in a closed caucus on March 5. Twenty-three delegates will be awarded proportionately to the vote, as long as candidates are able to gather more than 10 percent of the vote, similar to Kansas and Alaska. Democrats will be voting the day after, on March 6, with 30 delegates up for grabs in the state's closed caucus.

Hawaii Republicans will get together on March 8 for a closed, proportional caucus to allot their 19 delegates. Unlike Alaska and Kansas, there is no minimum threshold for a candidate to qualify for delegate support at the convention. Democrats hold their semi-closed caucus just over two weeks later, on March 26, with 31 delegates at stake.

The Virgin Islands are an unincorporated U.S. territory in the Caribbean, yet voters are still able to participate in the presidential nomination process. Republicans will hold a winner-take-all open caucus for its nine delegates on March 19. Democrats will hold their closed caucus contest later, on June 4, and send 11 delegates to the nominating convention.

Democrats are the only major party in Idaho holding caucuses this election cycle. On March 22, an open caucus will be held, with 24 delegates up for grabs. Republicans will hold their primary vote earlier, on March 8, to decide how their 32 delegates will be awarded.

Washington Democrats will hold an open caucus on Mar. 26, while Republicans will be voting in a primary on May 24th. In Washington, the Democratic Party has allocated the state 108 delegates; 86 are pledged to the outcomes of the various precinct caucuses, while 16 are superdelegates, free to decide for themselves whom to support.

Last but certainly not least, the territory of Guam will hold a closed caucus for Democrats on May 7. There will be 11 delegates in play that day. Republicans are hosting a "territorial convention" earlier in the nomination process on March 12, in which Guam's nine GOP delegates will be awarded.

The American democratic process might not be the most streamlined or efficient, but it is without question interesting to see how the process compares across state — and party — lines.