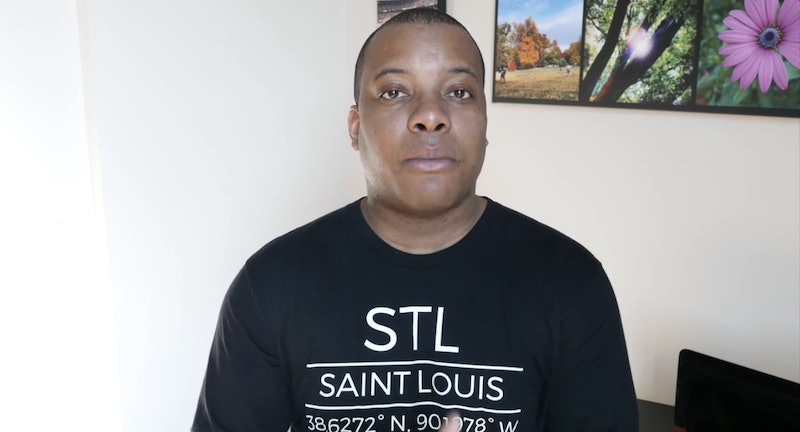 During Thursday night's GOP debate, a video question took the candidates to task about the discrepancy between personal technology and technology in police departments. "We have better cameras in our pockets than our precincts," the speaker in the video said. And it turns out Mark Watson, the YouTube star behind the Republican debate question, has a lot of experience with technology advocacy.

Watson, who asked about the woefully archaic technology in police departments, can claim the subject as an area of expertise for two reasons. First, the YouTube star and veteran, who vlogs under the name "Soldier Knows Best" brings his viewers "the latest tech news and reviews." His latest videos include reviews on the iPhone 5se, the 2017 Chevy Bolt, and LG V10.

Second, as he noted in the video, Watson lives in St. Louis, which is near Ferguson, the Missouri town where unarmed black teen Michael Brown was shot to death by a white police officer in 2014. In the aftermath of Brown's death, St. Louis was the site of many protests and unrest, no doubt something that Watson witnessed to some degree. So his question about police body cameras, which was fielded by Kentucky Sen. Rand Paul, must have hit home for the YouTube creator.

Twitter praised Watson for his question and Paul's response:

Paul, for his part, offered that he had promoted legislation on body cameras before. In March 2015, months after the Ferguson incident and before he declared his 2016 candidacy, he did back legislation that was also supported by Democrats called the Police Creating Accounting by Making Effective Recording Available Act of 2015, or the CAMERA Act.

Paul said in a joint statement at the time:

Body cameras will benefit the brave men and women who serve in our police force and the people they protect.The use of body cameras helps officers collect and preserve evidence to solve crimes, while also decreasing the number of complaints against police. The Police CAMERA Act will help state and local police departments access this new tool, while ensuring that the privacy rights of every civilian is respected.

Paul continued to back the idea that increased body camera technology for police would benefit both law enforcement and police departments on Thursday. Paul was the only candidate to answer Watson's question, which was no doubt important to citizens not only in and around Ferguson, but around the United States.

More like this
How The City Healed Five Years On From The Manchester Arena Attack
By Ella Glover
Michigan’s Governor Is “Going To Fight Like Hell” To Protect Abortion Access
By Andrea Zelinski
How To Fight For Reproductive Rights, Based On How Much Time You Have
By Courtney Young
Harry Styles Called For "Backlash" In Powerful Statement On Abortion Rights
By El Hunt
Get Even More From Bustle — Sign Up For The Newsletter