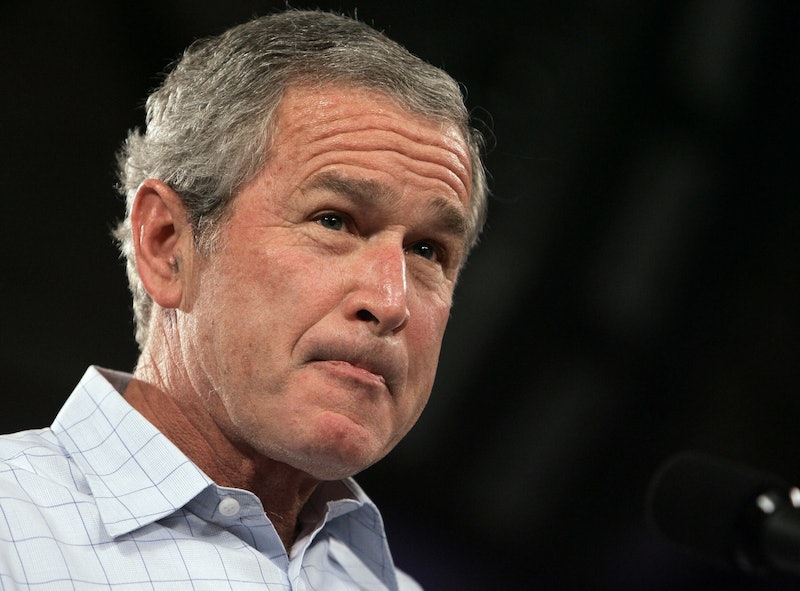 On Feb. 1, the people of the Hawkeye State will have the chance to participate in the first major voting day of the 2016 presidential election, the much-ballyhooed Iowa caucuses. For at least a few candidates, it'll be a validation of months upon months of time spent campaigning in the tiny Midwestern state. For others, it'll be a bitter moment of undeniable defeat, and most likely, the end of the line. But someone will finish on top ― here are four Iowa caucus winners who eventually became president, because everything's racing towards all those polls finally, truly meaning something.

Make no mistake, winning Iowa is no iron-clad guarantee of future success. In fact, sometimes the people of Iowa can be pretty out-of-step with the eventual outcomes ― this is especially true on the GOP side, which has seen some downright peculiar picks in recent years.

But nonetheless, there are a blessed handful of candidates over the last several decades who've parlayed their strong starts in Iowa into their party's nomination, and ultimately, into election to the nation's highest office. Here's a look back at those politicians ― Republicans and Democrats alike ― who won the hearts of the people of Iowa, and eventually made their way to the White House, to boot.

Not the toughest one to remember, I know, but Obama's 2008 Iowa campaign is one that went down in the history books for the Democrats. Despite facing an uphill slog against establishment powerhouse Hillary Clinton, Obama's impassioned, high-energy Iowa campaign is still viewed as the gold standard in Democratic primary politics. It wasn't smooth sailing all the way, however ― Clinton beat him back in New Hampshire, setting off a long, acrimonious primary season. But at the end of the day, he was the one left standing.

The 2000 presidential election was one of the most contentious and highly charged political events in recent memory, ultimately coming down to a high-stakes Supreme Court ruling that halted vote recounts in Florida, and handed the presidency to then-Texas governor George W. Bush. As such, Bush followed in his father H.W.'s footsteps, as a presidential candidate who both won an Iowa caucus and a presidential election in their career. Although in his father's case, those events didn't happen in the same election. In fact, George W. Bush continues to be the only Republican to win the Iowa caucuses and roll all the way to a general election win in the same year.

As mentioned above, George Bush Sr. didn't have quite the easy ride to the White House that his son did ― quite the contrary, although he did once win the Iowa caucuses, and he did eventually become president, he couldn't manage both in the same election cycle. Rather, Iowa Republicans jumped the gun on Bush, then abandoned him too soon ― he won the caucuses in 1980 en route to losing to Ronald Reagan in the primaries, then defeated Massachusetts governor Michael Dukakis in 1988 to win the presidency despite losing the caucuses to Bob Dole.

That's right! Good old Jimmy Carter was the very first American politician to win the Iowa caucuses then roll on win the presidency in November. Specifically, in the 1976 primaries, when he outdueled Indiana senator Birch Bayh to win in Iowa. This is perhaps the best-ever example of a victory in Iowa truly fueling a presidential bid ― it helped vault Carter, then the governor of Georgia, from relative obscurity into his party's nomination. He ultimately defeated incumbent Republican president Gerald Ford in 1976, and served one term before falling to Republican challenger in 1980.