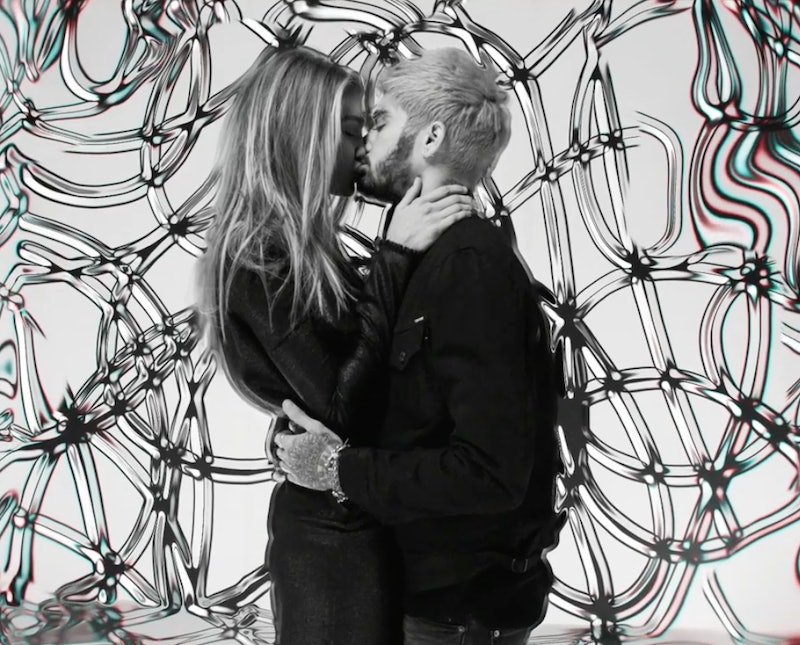 The day has finally arrived in which Zayn Malik gets to show the world what he can do musically, and the answer to the question we were all silently asking is a lot. Malik's first solo song might not break any new ground in the genre, but it's catchy and packed with all kinds of meaning. That meaning might have gotten buried by the very bizarre "Pillowtalk" music video, but that shouldn't discourage shrewd fans like myself from analyzing the lyrics to figure out what, exactly, the pop star is talking about. Or should I call him the R&B star now?

When it comes to the lyrics to Malik's "Pillowtalk," they are thankfully much, much more transparent than the images in the music video. Of course, there's still some confusion to be found, because there's apparently no true artistry in saying exactly what you mean in a song, but I'm confident that I can translate the lyrics from symbolic to literal for all of you. It's kind of my job.

The song opens with symbolic imagery, to the surprise of no one. In the first verse alone, Malik sings:

There's a lot of meaning that could be found here. The first two lines obviously refer to sex, but does "light and dark" mean his skin tone and hers or does it imply some sort of 24-hour sex marathon in which the sun has gone up and down? Who even knows?

The bridge keeps the intense sexuality of the song going.

These lines could refer to some sort of Fifty Shades Of Grey, BDSM-esque relationship in the pain and pleasure reference, but I think it's more likely that Malik is looking ahead to the relationship that could build from this sexual encounter. The good and the bad of the future in which they're together "tonight and always."

But that's clearly a thought for tomorrow, as he reinforces in the chorus:

Pillow talkMy enemy, my allyPrisonersThen we're free, it's a thriller

So... I don't know. Having to talk after the sex can make you feel like you're in jail? Or... something? And yet it's only by talking after sex that you can build a real relationship, so it's alternatively his enemy and his friend? That's what I'm getting here. He can't make up his mind, as evidenced by the bridge.

Yeah. I don't know. Watch the music video below, if only because, no matter what meaning you derived from the lyrics, the music video still won't make that much sense to you.