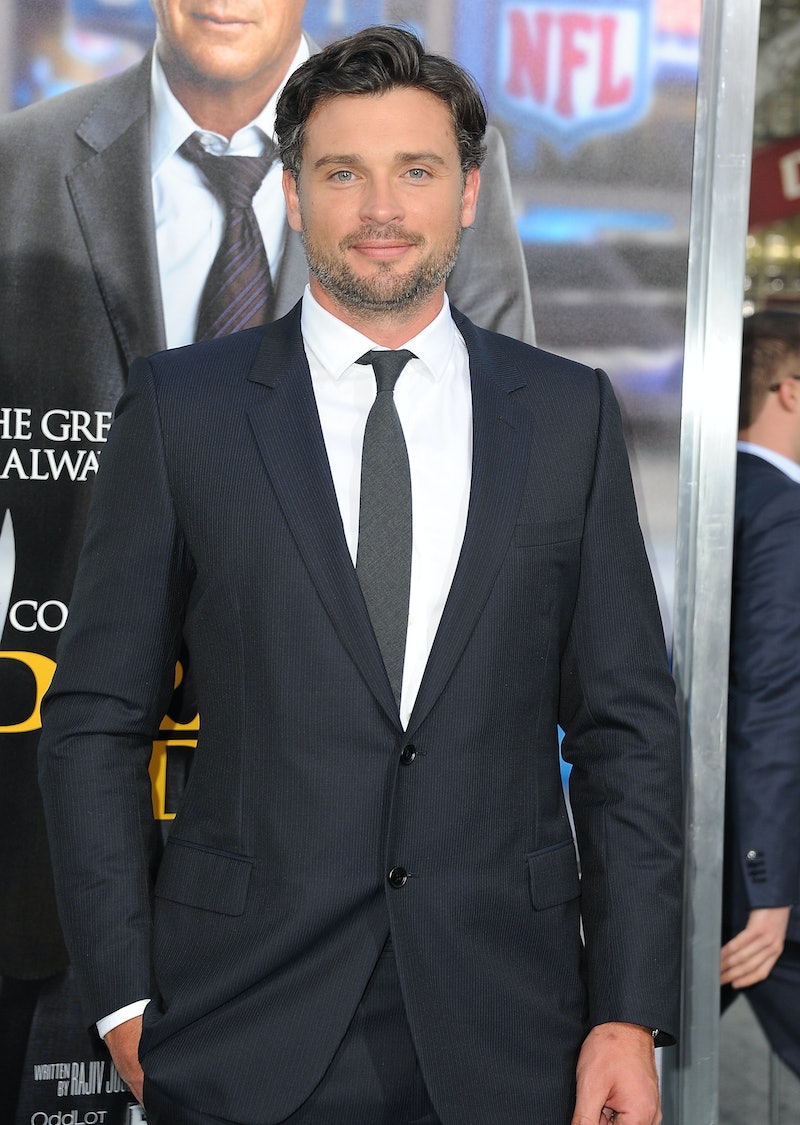 Late last year when it was announced that Supergirl was casting a teenaged Clark Kent for later this season, super fans were abuzz with the possibility that we might finally get to see the Man of Steel himself on his cousin’s hit show. Supergirl has been shy about bringing in Kara’s famous cousin, but if it's planning on showing him as a young teen, maybe it will eventually bring Clark Kent into her present day story. Of course if that does happen, it will need to find someone to play the more familiar, grown-up Superman. There are more than a few fresh faces who would probably love to play the part, but personally, I’d to see an oldie but a goodie. Smallville ’s Tom Welling should reprise his role as Clark Kent on Supergirl.

The actor recently spoke with BuzzFeed about the possibility of guest starring on Supergirl , and while he didn’t seem overly enthusiastic, he didn’t close the door on the idea either. “There’s people who would like it," he said. "There’s people who don’t like it, but I will tell you that no one has ever actually asked me to do it. So, I don’t know. It would be kind of odd. I don’t know who he is at that point." This is my official request to the higher-ups of Supergirl: Give Welling a call. He’s your guy, and I’ve got five reasons why he’d be perfect for the part.

A big part of the Superman persona is the wonder-boy looks, the winning smile, and everything that comes along with super strength. It might have been almost five years since Welling had to save anyone from a burning building, but he still has all of those Clark qualities. If anything, he's only gotten better with age, like a fine wine.

2) We Never Actually Got To See Him As Superman

For the most part, Welling played a teenaged Clark Kent, not a fully-fledged Superman, because Smallville was a coming of age, origin story more than a superhero series. In fact, for most of his hero career, Clark wasn’t even going by his super nickname, since they call just called him The Blur. That means Smallville fans are owed at least one scene of Welling donning Superman's cape and flying to the rescue.

3) It Opens The Door To A CW Crossover

Let’s not forget that Smallville was a WB (and then CW) show. Ever since the Supergirl pilot was announced, whether we’ll ever see it interact with the worlds of The Flash and Arrow on CBS’ partner network has been a pretty hot topic of discussion among fans. If Supergirl were to have Welling portray Superman, it would connect the two worlds in a fun way without being a full crossover event — and makes that eventually happening more likely.

In the Supergirl intro, we see a faceless Superman helping 13-year-old Kara out of her spaceship. It's pretty safe to assume that Clark was in his mid-20s at that point, meaning that by the time Supergirl picks up with Kara 10 years later, Clark would need to be in his 30s. Welling is 38 now, so all of this lines up perfectly.

5) No One Can Compare To Welling’s Clark Kent

Welling had a perfect mix of dorky humor as Clark and confidence as Superman that’s hard to replicate in other performances. I’m more excited than anyone for Batman v Superman: Dawn of Justice, but sometimes even I find myself thinking that Henry Cavill just can't live up to the Smallville precedent.

The chances of Superman ever making an extended appearance on Supergirl are slim to none — after all, it's not his show and it's not supposed to be. But if he even makes just one brief grown-up appearance, Welling should be the one to play CBS' Clark Kent.