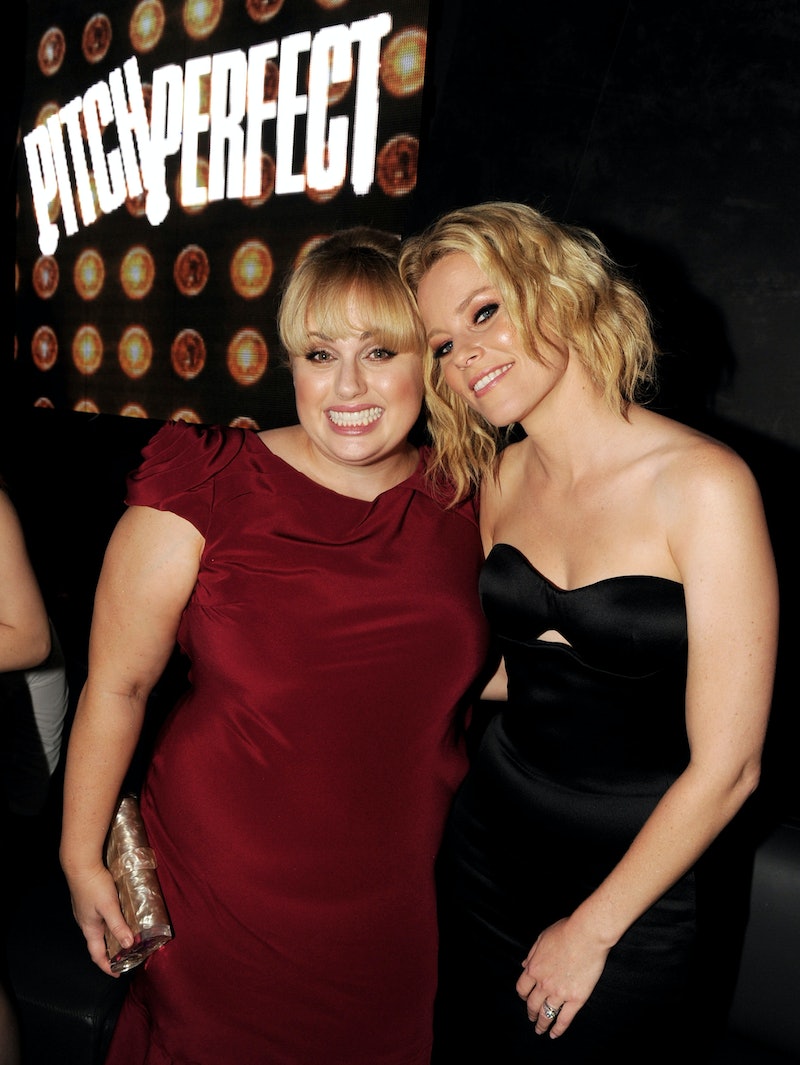 Just when you thought you could FINALLY get Anna Kendricks’ “Cups” un-stuck from your brain, in comes the glorious news that Elizabeth Banks is set to direct Pitch Perfect 2. Are you aca-freaking out? It’s okay, you totally aca-can (I promise to stop making aca-puns now). The sleeper musical hit banked more than $130 million dollars at the box office, which was huge for a little comedy that only took $17 million dollars to make. Not only did it establish Kendrick as a bonafide movie star, it made studios listen up about the kind of comedies audiences really want to see. Hint: not ones about gross guys trying to put their penises in things or man-boys smoking a lot of weed.

Pitch Perfect was a cross-genre smash that managed to be a musical without being a musical, a comedy that had a lot of heart but wasn’t a rom-com, and a story that at its core was about female friendship and included zero shopping montages or scenes with bottles of wine around the kitchen table. Pitch Perfect 2’s director Elizabeth Banks played a hilarious accapella commentator whose dry delivery was the perfect antidote to the rousing, albeit saccharine performances. Her blend of humor is exactly what makes movies like Pitch Perfect work and what makes us incapable of changing the channel when it’s on HBO.

Sequels are no easy feat, but with Banks on board, we’re sure it’s going to be just as original and hi-freakin-larious as the original. Here are five things we’d love to see:

Less of that Lovey-Dovey Mumbo Jumbo

Was it me or was the romantic subplot between Beca and Jesse actually one of the least interesting parts of the movie? The relationships between the Bellas was way more satisfying (and funny!) on screen.

Sure the Tonehangers were hilarious, and a Bella alumni reunion is an opportunity for some seriously amazing cameos. Maya Rudolph? Queen Latifah? Ana Gasteyer? SO MANY CHOICES.

You keep stealing scenes, you crazy beatboxer, you.

Pitch Perfect’s original cast was filled with so many memorable characters. The Hollywood Reporter noted that according to insider tips, Anna Kendrick and Rebel Wilson will return for the sequel. And hey, if we can’t get the rest of the gang, I’d like to know what became of them. That movie didn’t exist in a vacuum, ya know.

And now just because, Elizabeth Banks being awesome:

More like this
The 'Hocus Pocus' Sequel Finally Has A Release Date & It Makes Total Sense
By Shannon Barbour and Radhika Menon
Everything To Know About 'My Big Fat Greek Wedding 3'
By Grace Wehniainen
Alicia Silverstone Has Recreated An Iconic 'Clueless' Scene
By Frances Stewart
“The Door Is Always Open” For Another 'Breaking Bad' Spin-Off, Says AMC Boss
By El Hunt
Get Even More From Bustle — Sign Up For The Newsletter