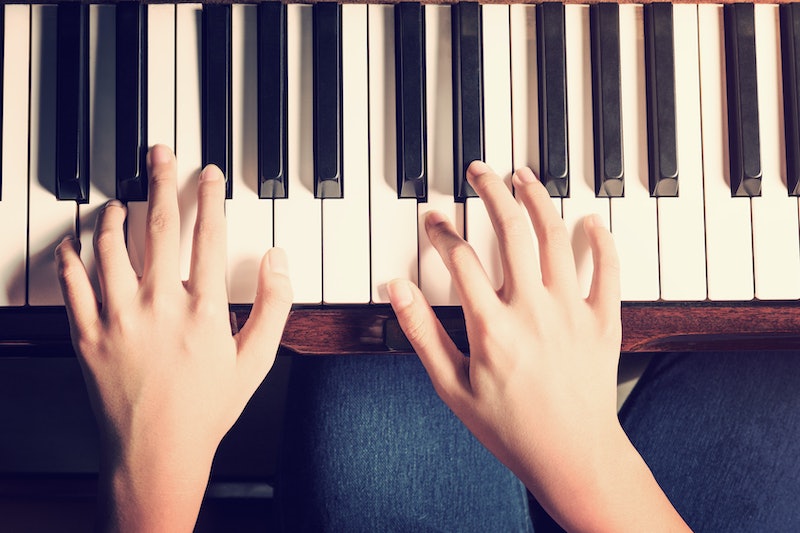 For the perfectionists out there, there's little as frustrating as a learning curve; we want to be an expert at something immediately, without all the irritation of having to correct beginner's mistakes. Unfortunately, there's no getting around the effort necessary to become good at something, but researchers may have discovered a way to learn new skills faster. Much to the dismay of totalitarian piano teachers everywhere, sheer repetition isn't actually the best way to learn something new — rather, slight changes to routine may make it easier to become proficient in the long run.

Researchers at Johns Hopkins University trained study participants in a computerized motor skill called an isometric pinch task. Volunteers were divided into groups: The control group, which simply learned the task; a second group, which received two identical training sessions about the task; and a third group that received two slightly different training sessions. In this last group, the difference in the second session required participants to modify their performance, although the difference was designed to be so subtle they were unaware of having to make the adjustment. Their performances were analyzed based on characteristics like accuracy and speed when completing the task. According to the results, participants in the third group showed marked improvements in their performance after the second, slightly tweaked training session, despite being unaware of the differences. (Scientists are sneaky like that.)

The improvement is likely the result of a process known as reconsolidation, in which new knowledge is integrated with old memories. However, researchers noted that switching things up too much can backfire: According to Science Daily, ongoing studies by the same team suggest that significant changes in practice may have no effect on performance. On the other hand, adjustments like a differently weighted tennis ball or using a different size baseball bat could improve performance faster in the long run.

In addition to helping you unleash your inner concert pianist, the results of the study could be applied in the medical field, especially in regards to patients with motor problems. That being said, practice is still necessary to become good at something in the first place, so your road to piano-playing fame is still paved with scales. Lots and lots of scales.