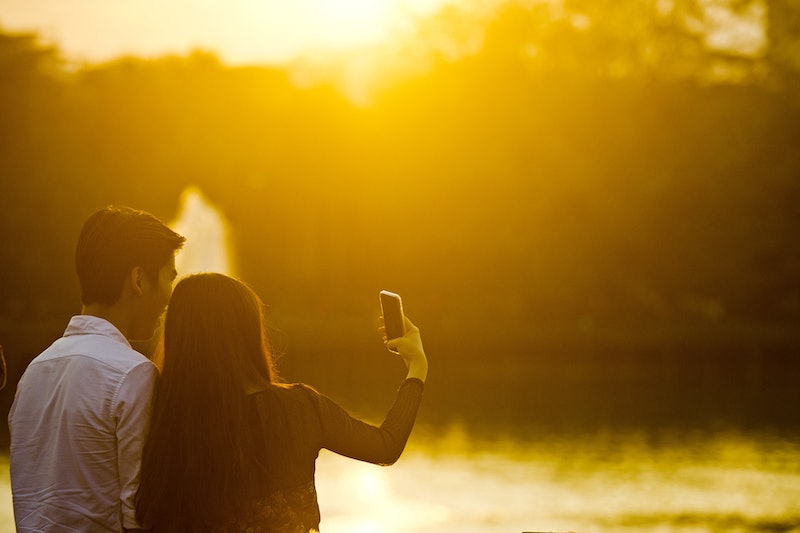 Sunsets — or sunrises, if you're the kind of maniac who gets up before the sun — are one of the most popular Instagram subjects out there, at least partly due to their easy accessibility. After all, you don't have to travel further than your doorstep to catch a spectacular view, and it happens twice a day. That being said, it probably comes as no surprise that some locations are more photographed than others — but where are the most popular places to take sunset photos?

Modernize analyzed more than two million Instagram photos tagged with #sunset or #sunrise, and the results confirm what everyone already knew: Beaches make for the most spectacular sunsets. According to the results, Hawaiians post the most sunset photos by far, with 140.9 sunset Instagrams for every 10,000 people, followed by California and Maine. Although the chilly state may not automatically spring to mind when you think of beautiful views, the state is popular for both sunsets and sunrises, largely thanks to its abundance of beaches.

Other than a few outliers like airports and water towers (explain yourself, Ohio), the most popular places to snap a quick photograph of the sunrise were generally national parks, beaches, and other similarly picturesque locations.

However, most states' favored locations changed with the sunset. Nature is still heavily featured, but more cities make the list.

Americans in general are almost twice as likely to Instagram a sunset than a sunrise (probably because we are a people that understand the value of sleeping), although the United States is the most prolific producer of sunrise photographs, followed by Italy and Indonesia.

Los Angeles, California, is the most popular city for sunsets, although San Francisco and New York City are close behind.

You can check out the rest of the findings, including more global trends, over at Modernize.