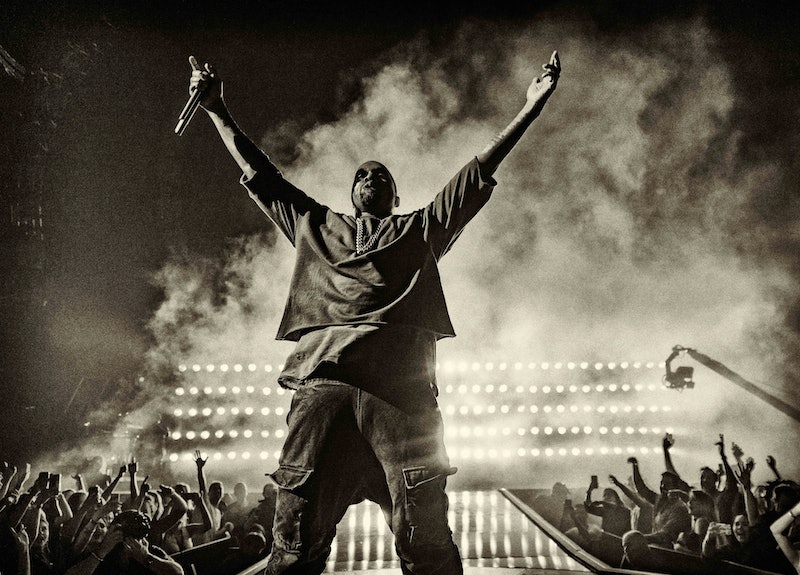 Fast fingers don't fail me now! Kanye West just gave us a link showing us how to get U.S. tickets to Yeezy Season 3, so there's no time to lose. Or did he actually? The link takes you to a page with a map of the world, and there are marks on the United States that suggest Yeezy Season 3 will be streaming in theaters here, but it's not on the list of all the included countries directly below, so forgive me for being confused. I'm really hoping it's just an early glitch, considering I was on the page within five minutes of Kanye posting it, and it will be all worked out later in the day.

The bad news is that it looks like you can't buy your tickets until then, as clicking on the country itself on the map doesn't seem to have the right result; we do actually need that typed country name at the bottom with all the rest. But the good news is that you can spend your time until they (hopefully!) fix the issue by practicing your quick-clicking in other countries. Just don't let the transaction go all the way through, or you're going to be having a very expensive Feb. 11.

That's the date Kanye has chosen for his groundbreaking approach to album release and fashion first-looks: Yeezy Season 3 will stream simultaneously "in select cinemas worldwide," combining Season 3, the world premiere of Waves "in its entirety," and basically whatever else Kanye wants to show us, like a performance by Vanessa Beecroft. We are truly at his mercy here, and he knows it.

So take some mercy on us, Kanye, and fix the site so that American fans can have the chance to tune in as well. I was about to say one more time that I'm really hoping this is actually a mistake and not intentional, but then I noticed the times listed for the streaming: "1 PM PT / 4 PM ET / 9 PM GMT / 10 PM CET," and that puts my mind even more at ease. If our time zones are in there, surely we get to be part of the reveal as well, right? Right?

So fingers crossed that Kanye and his team add a link to the site to purchase US tickets, and the sooner the better, because we're getting eaten up by jealousy at all these other lucky European countries. We want Yeezy Season 3 now.