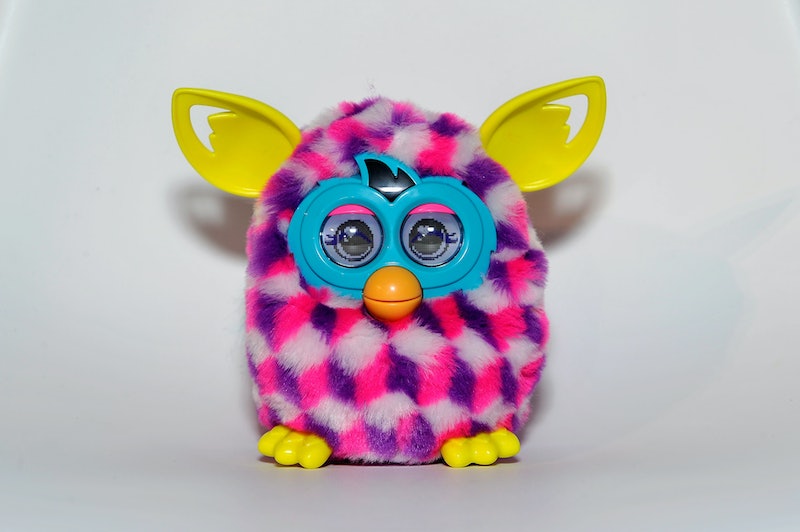 I'll be the first to admit that I'm guilty of nearly always viewing the '90s through rose-colored glasses. I can't help but fondly reminisce on the often idyllic days spent hanging at the mall or listening to Spice Girls during that decade. Yet, I'd be remiss if I didn't admit there are plenty of things from the '90s that still annoy me today. So while I wait to be smote by the '90s gods for saying so, let's explore some of the lingering annoyances I just can't seem to quit.

It's not as though the '90s were perfect, after all. Although we all love to wax nostalgic about the good memories, the great music, and the fun fashion, the reality is that the '90s was a decade that contained many questionable moments, too. It doesn't mean it isn't the best decade in recent history, of course; it just means we were lucky enough to grow up during a time when the good overshadowed the bad.

Now that we have a little distance, however, those annoyances come rebounding back and, real talk, some of 'em keep me up at night. Here are a few of my biggest grievances to come out of the '90s. Join in my vexing, won't you?

1. No one bothered to explain to the Rabbit why Trix are for kids

How rude. And, for that matter, why are Trix just for kids? I mean, c'mon... no one could share one measly bowl of the stuff with Rabbit? Perhaps they fall under the umbrella of potentially fatal pet food, like dogs eating chocolate.

To be more accurate, this should probably read the absence of anything even remotely resembling the meaning of "zig-a-zig-ha." But Spice Girl's "Wannabe" was THE song to jam with your squad to at middle school dances, so we clearly were unbothered by the fact that we had no idea what the girl power band really, really wanted.

3. Why didn't anyone have window screens?

From Dawson's Creek to Scream, teens were crawling in each other's windows all willy-nilly back in the day — but you never once saw anyone remove a window screen. What, were the '90s devoid of bugs? Were this part of a premeditated plan by which said teens removed the screen at some point before arriving?

Around the time Joel Schumacher took the directing helm for the Batman franchise, Batman's suit began sporting noticeably pronounced nipples. And while, yes, Batman obviously did have nipples (just like the rest of us), it's hard to imagine his merited individual armored placeholders. Unless it was super cold in the Batsuit at all times, I have trouble finding the functionality in this adaptation.

5. What flavor is the white Airhead?

Ah, yes, the mystery white Airhead. Everyone wanted it — it was all the rage — but was it really a different flavor every time? Or did the creators simply pump that sucker full of melon flavor and sugar, call it a day, and sit back laughing as mass confusion ensued? I'm leaning toward the latter.

6. I still have no clue what sign to look for, Ace of Base

Who among us didn't belt out the lyrics to Ace of Base's "I Saw the Sign" 1,000 times in the '90s? I saw the sign and it opened up my eyes/I saw the sign.Sounds like a pretty good sign to see. Only, WHAT SIGN WAS IT?

7. The fact that Furbies had no off switch

Or, if they did, I don't remember one. All I remember was the countless hours my sister spent torturing me listening to the nonsensical ramblings of these little animatronic gremlin-like toy. What were they even saying? For the love of all things holy, why didn't they say whatever it was less?

8. The fate of Angela Chase and Jordan Catalano

The last few minutes of My So-Called Life's series finale may, in fact, haunt all '90s kids for life. In the episode, dreamy-but-douchey Jordan Catalano (helloooo, Jared Leto!) is trying to find a way to apologize to Angela for always being a dillhole. Ultimately, he gets Brian — Angela's friend who secretly pines after her — to write a letter for him. Angela is obviously impressed, until she learns Brian was the author. When she confronts her platonic friend, he essentially says the sweetest thing ever by implying as long as the letter made her happy, he didn't care who she ended up with. Fast forward five minutes, when she is sitting in Jordan's car. Considering this wasn't supposed to be the series finale, we'll never really know if she was choosing Jordan... or going to confront him about Brian.